Tyler Henthorne, Fluffy the spider's owner, is in the process of decorating his home to offer a socially distanced Halloween experience for kids and families. 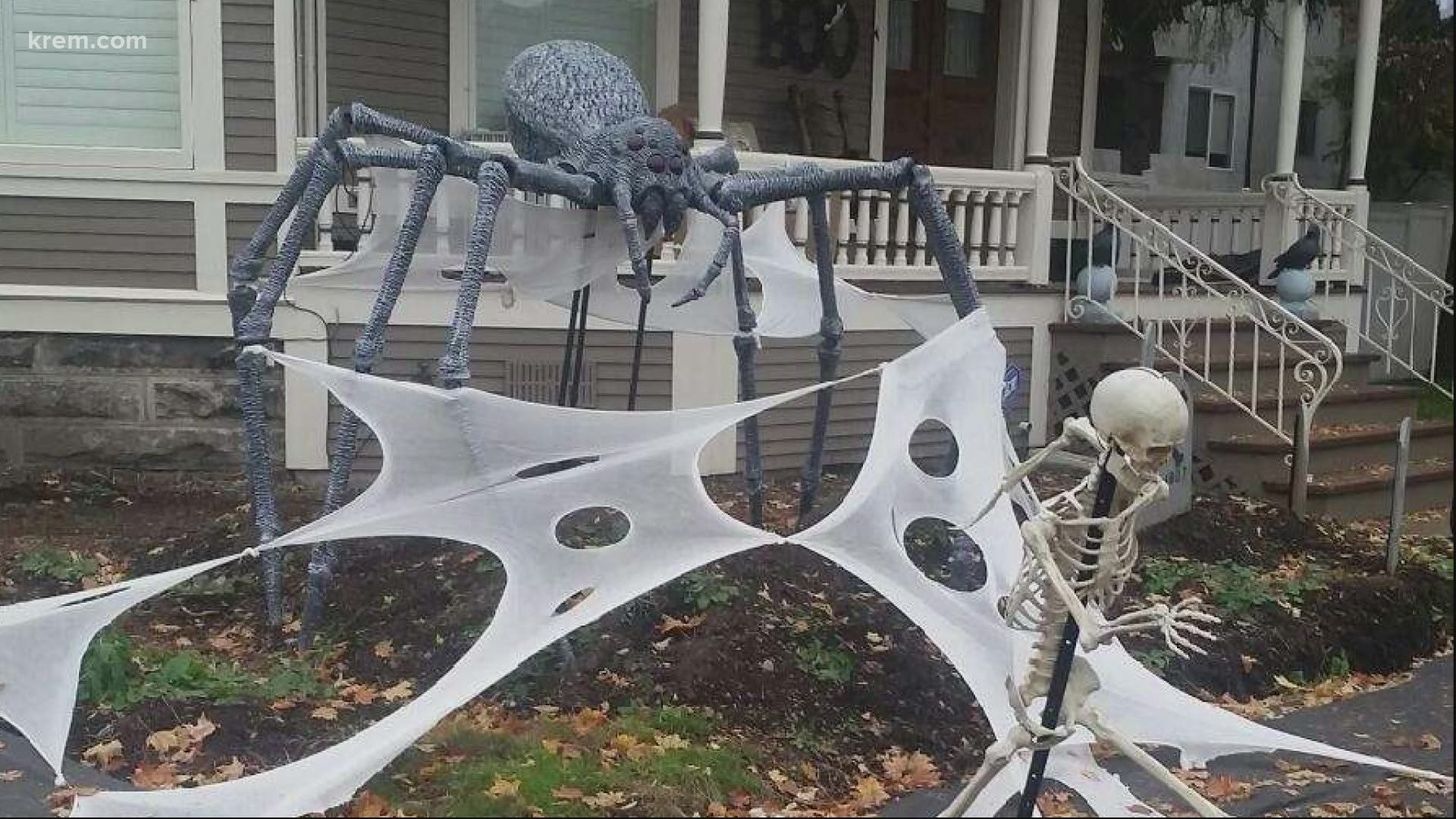 SPOKANE, Wash. — A homeowner in Browne's Addition is asking for the public's help after a Halloween decoration was stolen from his front yard.

Tyler Henthorne said he made a police report after a giant nine-foot spider, known as Fluffy, was stolen from the home before 4:15 a.m. on Friday.

Fluffy was last year’s staff pick for Best Yard Spider in the Inlander's "Best Of" edition. Henthorne used to turn an abandoned mall into a giant haunted house when he lived in California, according to the Inlander.

In a Facebook post, Henthorne said he is in the process of decorating his home to offer a socially distanced Halloween experience for children and families. He wants it to be a place where kids can get treats delivered through Spokane's longest candy chute and walk by spooky digital displays.

Henthorne is asking the public to be vigilant and notify police about any Fluffy sightings to help her return home.

Fluffy was born from a Home Depot prop adorned with painted netting to serve as cobwebs, the Inlander reported.