'This is our sacred space’: South Hill residents upset over potential water tower at Hamblen Park

The City of Spokane is considering the location as the new home for a high water system that can carry two million gallons. 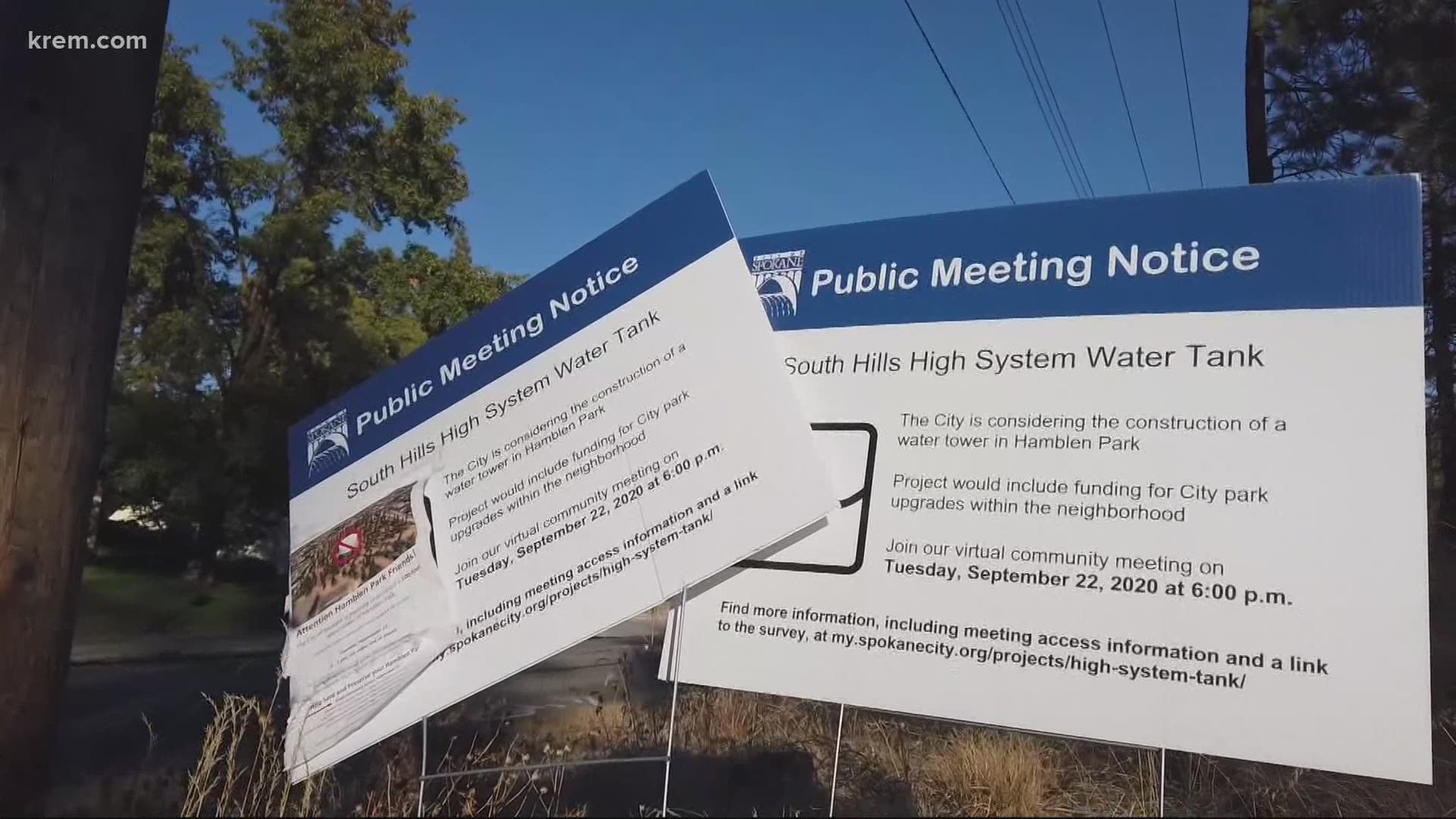 SPOKANE, Wash. — The City of Spokane is actively searching for a location to build its new water tower on the South Hill.

They’ve narrowed their list of potential homes down to Hamblen Park, which has some neighbors concerned.

“We feel like this parkland is being stolen by city utilities,” said longtime resident Carol Ellis.

She and other neighbors believe the project would take away one of their most valuable resources in the area. City engineers feel it would be the perfect location for a new high water system that can carry two million gallons.

While the South Hill needs a new water tank, it’s location is turning out to be a problem.

“Hundred-foot tower right there blocking out the view in every direction,” said daily park-goer Connie Wasem-Scott. “No matter where you are, you’ll see it.”

The city hasn’t finalized a plan to build just yet and nearby homeowners want it to stay that way.

Before construction begins, it’ll first have to be approved by Spokane Mayor Nadine Woodward and city council members.

People who use the park every day are worried about the structure having a detrimental impact on the space.

“I’m sorry, this parkland is precious,” Ellis said. “It’s been here for thousands of years, but for us, it’s been here decades. Why pull it out?”

Hamblen Park fits location requirements to build the water tank. It has mostly flat ground, sits near the center of a pressure zone and it's within six blocks of a transmission main.

The city has 11 other potential sites but it was determined this would be a place with the least impact on neighboring residents.

Construction would likely begin in the spring of 2021 and be completed by fall if the project is officially approved.

Merri Hartse is another upset resident who wants to see Spokane Parks and Recreation step in to save the property.

“We urge the park board to deny the construction of this water tower in Hamblen park," she said.

The city has hosted two public meetings about the water tank. Any feedback can be emailed to high-system-tank@SpokaneCity.org.

“This is our sacred space, this is our green space,” Wasem-Scott said. “This is where we can connect to nature within our neighborhood. It's a walkable distance.”