Both northbound lanes of Grand Avenue on the South Hill are closed as crews work to repair the sinkhole. 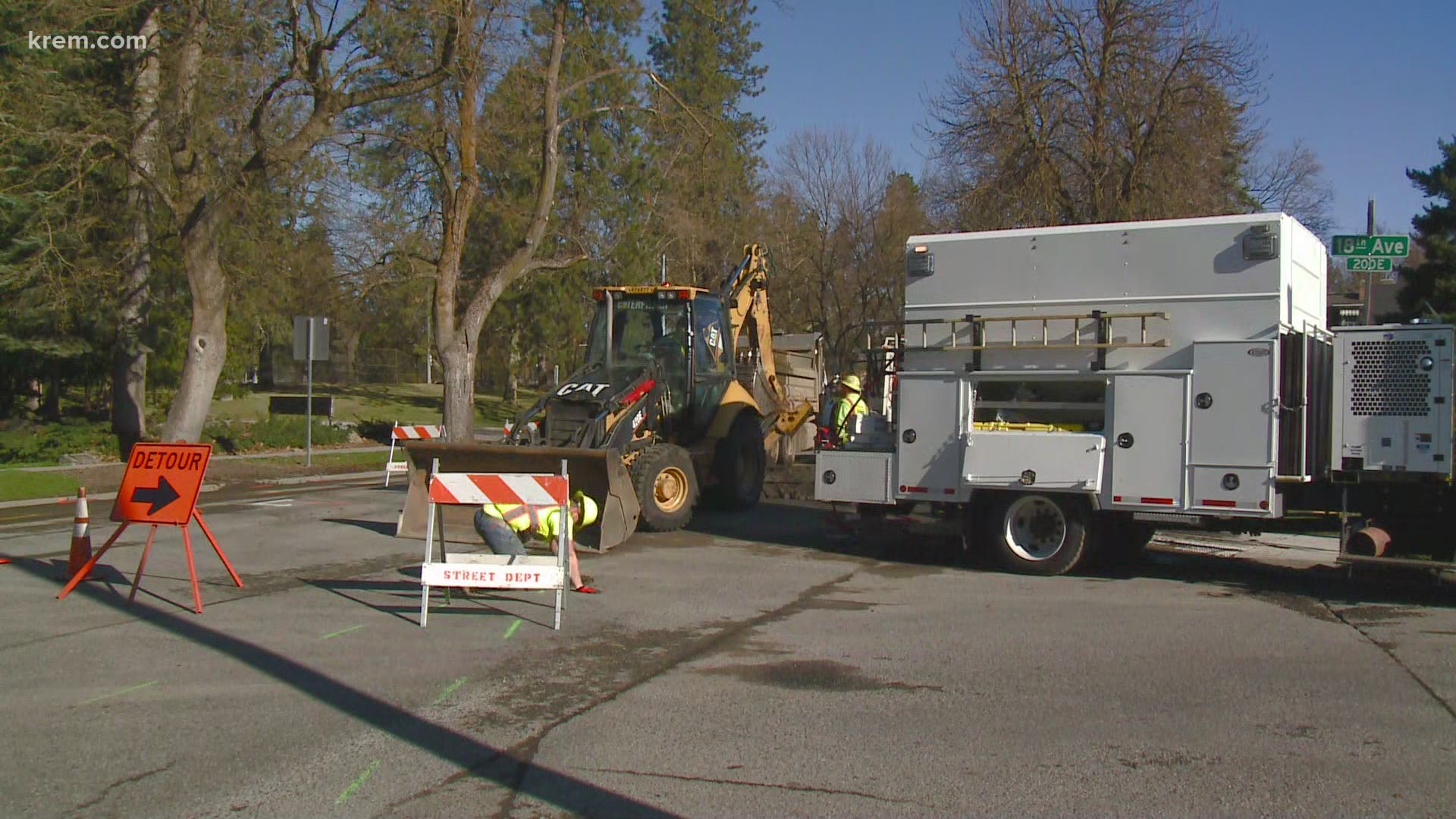 SPOKANE, Wash. — The northbound lanes of Grand Avenue remain closed on Tuesday following a water main break on Spokane's South Hill that led to the formation of a sinkhole.

The City of Spokane tweeted at about 7:30 a.m. on Monday that Grand Boulevard was reduced to one southbound lane near 18th Avenue as crews worked to repair a water main break. The city has not identified a specific cause of the break and spokesperson Marlene Feist said she is not aware of specific damage to homes or vehicles.

About one hour later, KREM's Al Lozano said a large sink hole had formed at Grand Boulevard and 18th Avenue, closing both northbound lanes of Grand. Detours to side streets are in place and one southbound lane of Grand Avenue remains open as of Tuesday.

The city has allowed some traffic through the area on Tuesday, but expects to close the street again so crews can remove remaining asphalt and start to prepare the area for paving, Feist said. A paving company could pave back that section of the road on Friday but, until it is paved, it will be mostly be closed over the next several days.

In May 2019, a fire truck got stuck in what appeared to be a sinkhole on the lower South Hill amid heavy rainfall. Officials said the fire truck was sent to find a broken water main and the road collapsed beneath them. They said the burst pipe was not likely related to the storm.