Around half a dozen small fires were reported off of Terror Gulch Road near Osburn around 6:30 p.m. Wednesday. 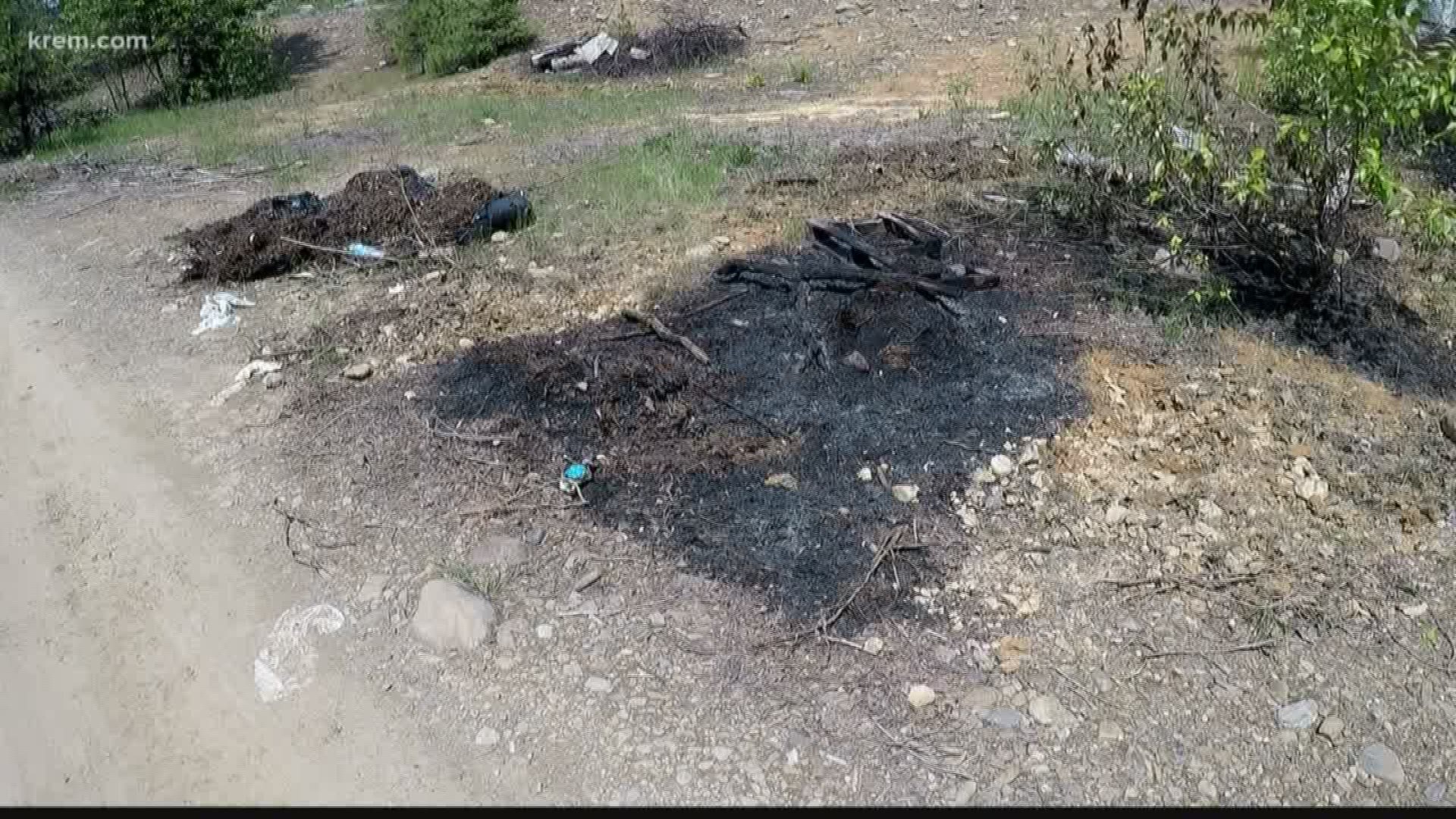 Officials said nothing was damaged, but fire crews believe an arsonist is to blame. It’s similar to a case that happened in another part of Silver Valley about a year ago.

Around half a dozen small fires were reported off of Terror Gulch Road near Osburn around 6:30 p.m. Wednesday. Shoshone County Fire District 1 sent an engine, brush truck and ambulance to deal with the reports. The district suspects an arsonist is to blame, and the Sheriff's Office is now investigating.

“It takes away the resources from the public. The fact that we're coming out here to deal with this. It is an emergency. We treat it as such," said firefighter and EMT Victor Malsom.

Fire crews said they do have a description of a person and a car that was in the area at the time.

In August 2018, an arsonist started about 18 small brush fires in and around Kellogg. Based on evidence, it appeared the suspect walked along the Trail of the Coeur d'Alenes, starting fires as he went along. The suspect was arrested and is currently in jail, according to firefighters.

As for this case, it's still all under investigation.

What fire crews do know is that they stay plenty busy. They were on another call when these fires started. Crews said when they get multiple calls at the same time, they can get stretched thin very easily.