The performing arts center hasn't been able to do any productions due to COVID-19 closing the theatre, so the students decided to create something new. 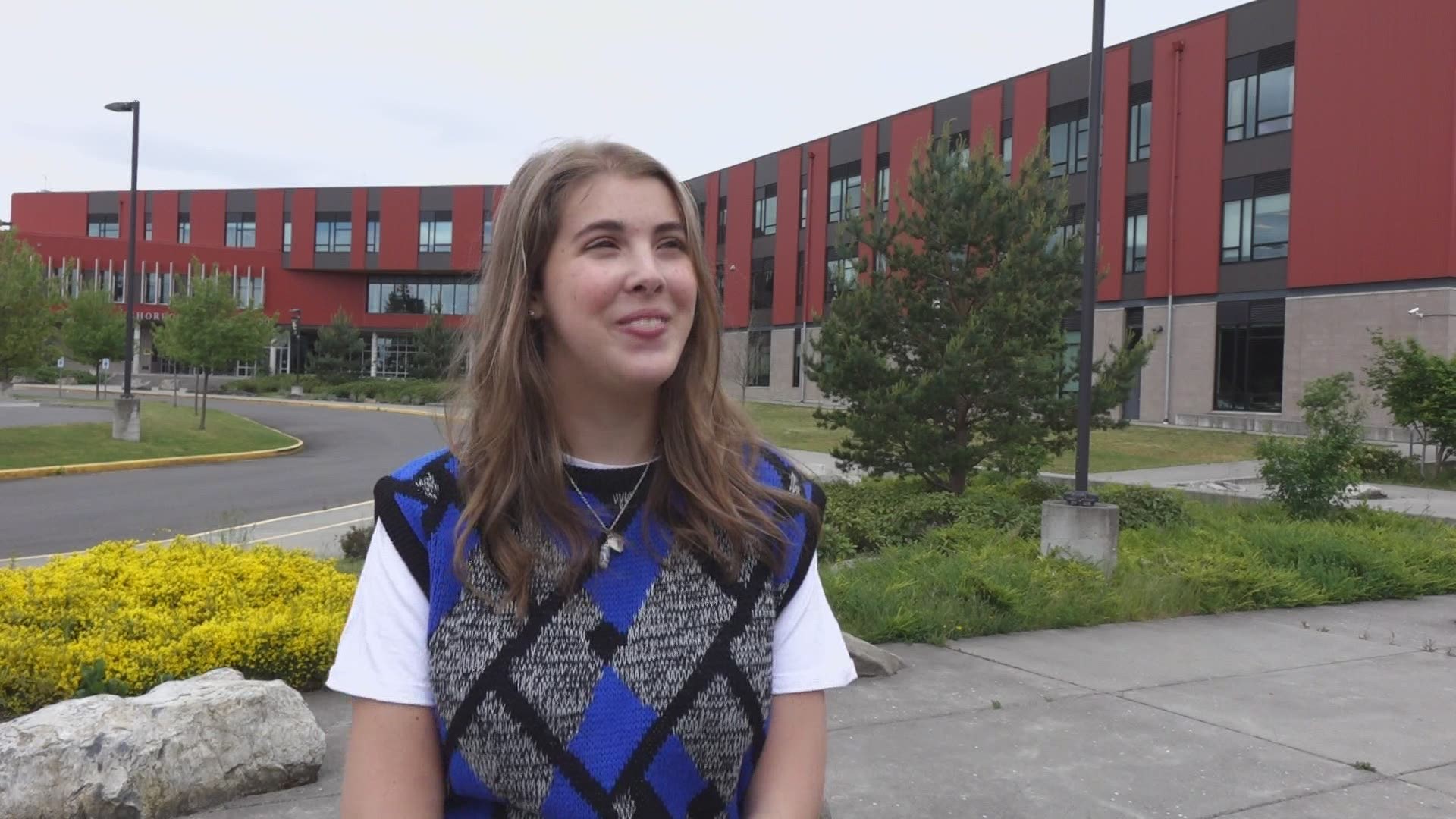 SHORELINE, Wash. — The Shorecrest High School Drama Department has unveiled their “pandemic pivot.” The performing arts center hasn’t been able to have a stage production in over a year due to COVID-19 and some passionate performers have found an outlet created by their fearless leader.

Andy Kidd is the drama director at Shorecrest High School and he admitted he couldn’t get excited about a musical on Zoom. He turned to his musical collaborator Chris DiStefano with the idea to write and produce an original musical comedy series that they could make available online.

“It was just a kernel of an idea last fall and has blossomed into this big thing!” boasted Kidd, who is overwhelmed by the passion of his students who have since teamed up to produce a seven part series called “More than a Feeling.”

The episodes are a collaboration of students who act, sing, film and edit the majority of the series.

Actor and Director Abi Brittle said, “nothing can replace live theatre, which is why I’m glad we didn’t try to, and instead created something new and wonderful.”

Fellow Director Jude Ziliak said the whole experience has been a very unexpected gift to the program. He learned new film-making skills like green screen for special effects. Ziliak is from Indiana and said his family and friends back home have never actually seen a show he’s been a part of until now.

“The pandemic threw a lot of problems at us, but being able to do a show that we can release for free on YouTube and simply ask for donations… what a blessing," said Ziliak.

Ticket sales fund the theatre productions and no audiences for a year left the program in limbo. Kidd said he hopes people check out the series on YouTube and consider “buying a ticket” through a $10 donation.

Kidd said he hopes people will watch and appreciate the talents of his students who learned new technology and techniques to make the series that, “exists in a world where COVID doesn’t.”

Measures were taken to keep the kids socially distanced and masks were removed for close up scenes. Split screens and other methods were used to make the musical series appear as “normal as possible,” given the obvious constraints.

The remaining episode are being released this week and you can watch “More Than a Feeling” on YouTube by clicking here.