An attack outside the U.S. Capitol that left one officer dead and another injured prompted state patrol to heighten security in Olympia. 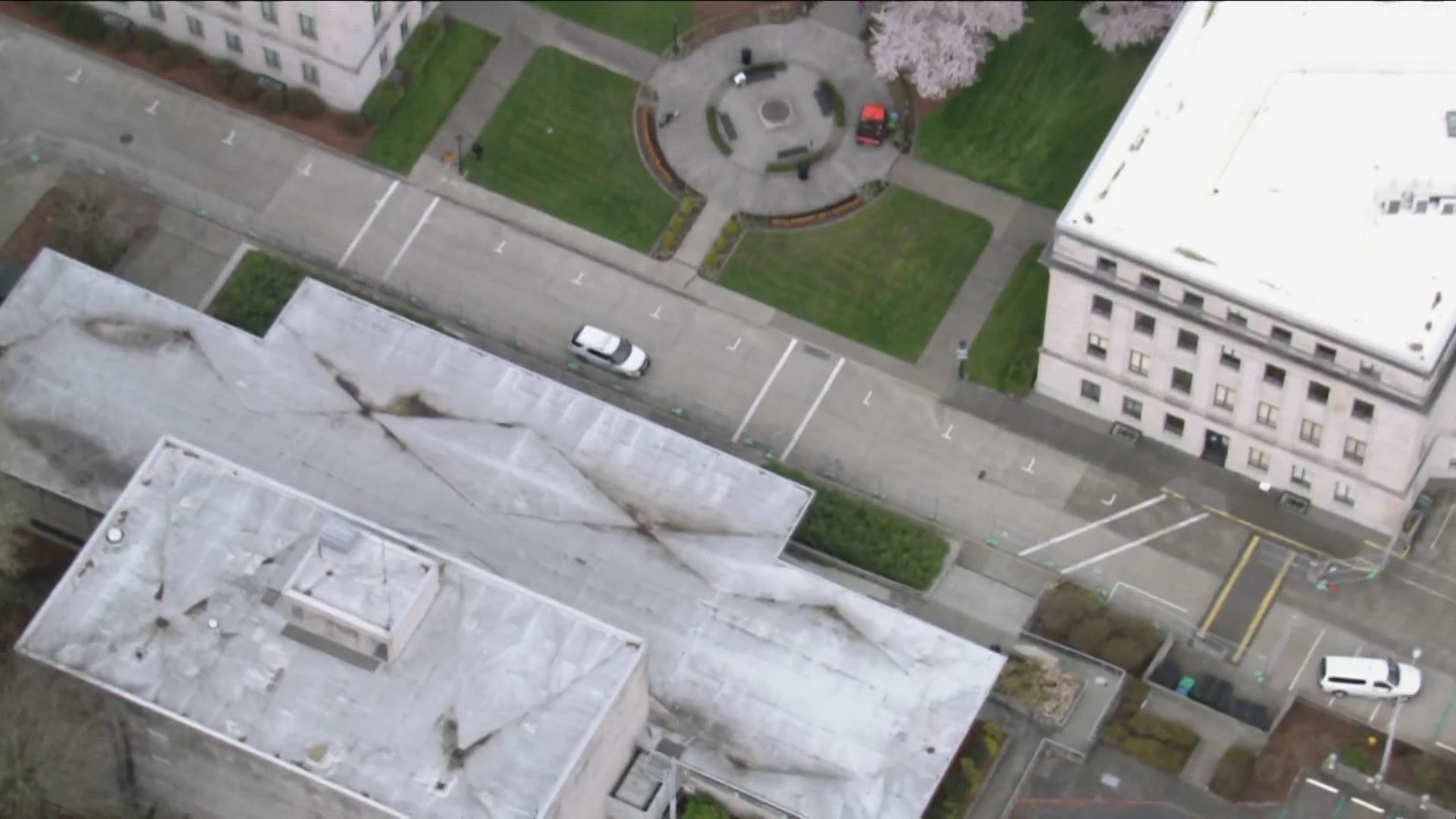 OLYMPIA, Wash — The Washington State Patrol increased security out of "an abundance of caution" at the state Capitol in Olympia following a deadly attack that left one officer dead in Washington, DC.

State patrol vehicles are blocking vehicle access into the area of the Legislative Building and its surroundings.

State patrol is monitoring the events at the U.S. Capitol and said "there's no indication of any additional/specific threat here at the state capitol."

One U.S. Capitol Police officer died and another was injured when a man rammed a car into them at a barricade outside the Capitol building. The man emerged from the car with a knife, according to police.

The suspect died at a hospital, officials said. Both officers were hospitalized, and one of them “succumbed to his injuries,” Capitol Police Acting Chief Yogananda Pittman told reporters.