Washington's earthquake warning app may be publicly available next year

The 4.6 earthquake in Monroe was the first real test of Washington’s ShakeAlert early warning system. An app for public use is currently in the works. 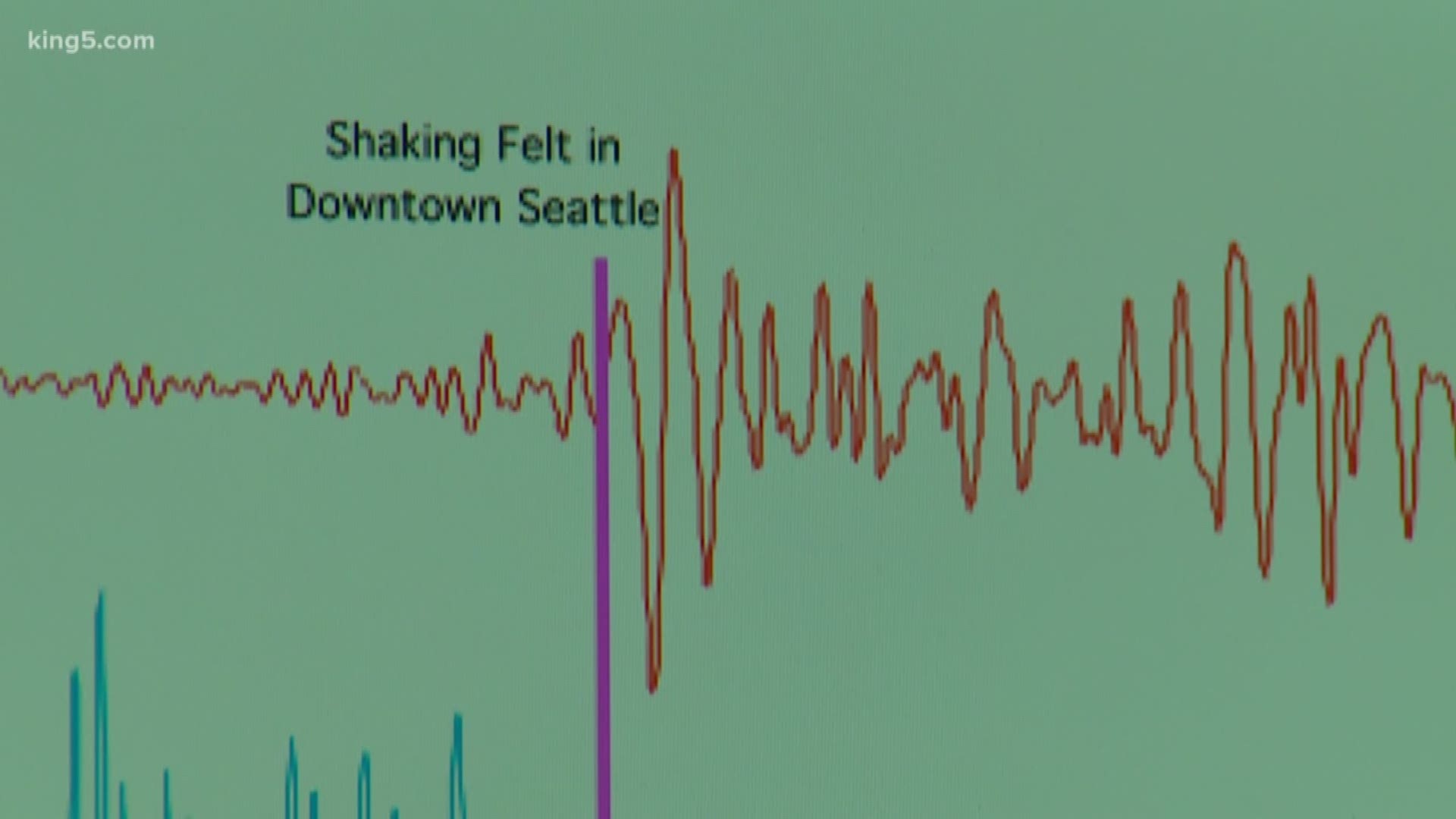 The recent 4.6 earthquake in Monroe triggered the ShakeAlert earthquake early warning system within just a few seconds of detection by seismometers. This was enough to provide eight seconds of warning for CenturyLink Field in Seattle, just under 30 miles away.

It may not sound like much, but every second of warning counts when it comes to taking cover during an earthquake.

This was the first real test of Washington’s ShakeAlert system. The program is still in its pilot phase.

Select water and sewer utilities, emergency management departments, hospitals, schools, and the Washington State Department of Transportation have all been working to integrate with the ShakeAlert system and test its performance during the pilot phase, according to Bill Steele of the Pacific Northwest Seismic Network.

Lake Whatcom Water and Sewer is the latest to join the pilot program and plans to test their integration with the system early next week.

The installation of new seismometers to fill in existing gaps, and upgrades to older seismometers to communicate rapidly with the detection and warning system have been underway over the past two years.

Currently, there is no way for the general public in Washington to access ShakeAlert warnings. Maximilian Dixon, the hazards and outreach program supervisor for the Washington State Emergency Management Division, said their goal is to have an app for the public developed to begin testing by the summer of 2020, and to roll it out for full public use in time for the annual Great Washington ShakeOut earthquake drill in October 2020.

“Washington and Oregon are a bit behind, but we are learning from California,” Dixon explained.

Los Angeles is currently the only city in the United States with an earthquake early warning app. While the ShakeAlert earthquake early warning system was developed by the United States Geological Survey (USGS), the app for public use in Los Angeles was developed in partnership with AT&T. Washington State Emergency Management is also working with AT&T to develop an app.

“We want to detect it fast and get the information out quickly,” ShakeAlert National Coordinator Robert DeGroot explained. “We’re only about 50% built out across three states. The more sensors you have, the sooner you can pick up that event.”

Dixon explained that recently passed funding from the Washington state Legislature will help with the installation of new strong motion sensors in schools over the next two years, as well as the hiring of a dedicated Earthquake Early Warning Outreach Coordinator to help educate the public.

Also see | Why is earthquake shaking stronger in some places?

“The public needs to understand what an app does, what it doesn’t do, and how to respond to alerts. It’s going to be challenging to get the word out to 7.5 million people,” said Dixon.

Magnitude vs intensity and why it matters

Magnitude is a measurement of how much energy is released by an earthquake, but intensity is a measure of the shaking felt and the damage.

While any individual earthquake has one specific magnitude, the intensity of shaking will vary depending on many factors, including how close you are to the epicenter, the type of quake, and the type of bedrock you are on.

The ShakeAlert app will use intensity thresholds to alert people based on their location. This is why people in Los Angeles County didn’t get an alert during the recent magnitude 7.1 earthquake.

Credit: USGS
The Modified Mercalli Intensity Scale used by the United States to evaluate the effects of earthquakes.

The estimated level of shaking in Los Angeles was intensity 3, which is below the intensity 4 threshold for alerts. While there was no significant damage to Los Angeles, some places did experience intensity 4 shaking.

There was some public outcry about the absence of an alert, leading to a discussion about lowering the threshold or letting app users set it themselves. Public education about how the app works and what to do when you get an alert are critical to the success of earthquake early warning.

Join KING 5’s Disaster Preparedness Facebook group to learn how and your family can get be prepared.