U.S. Coast Guard crews searched by helicopter and boat after the boy's friend reported him missing. 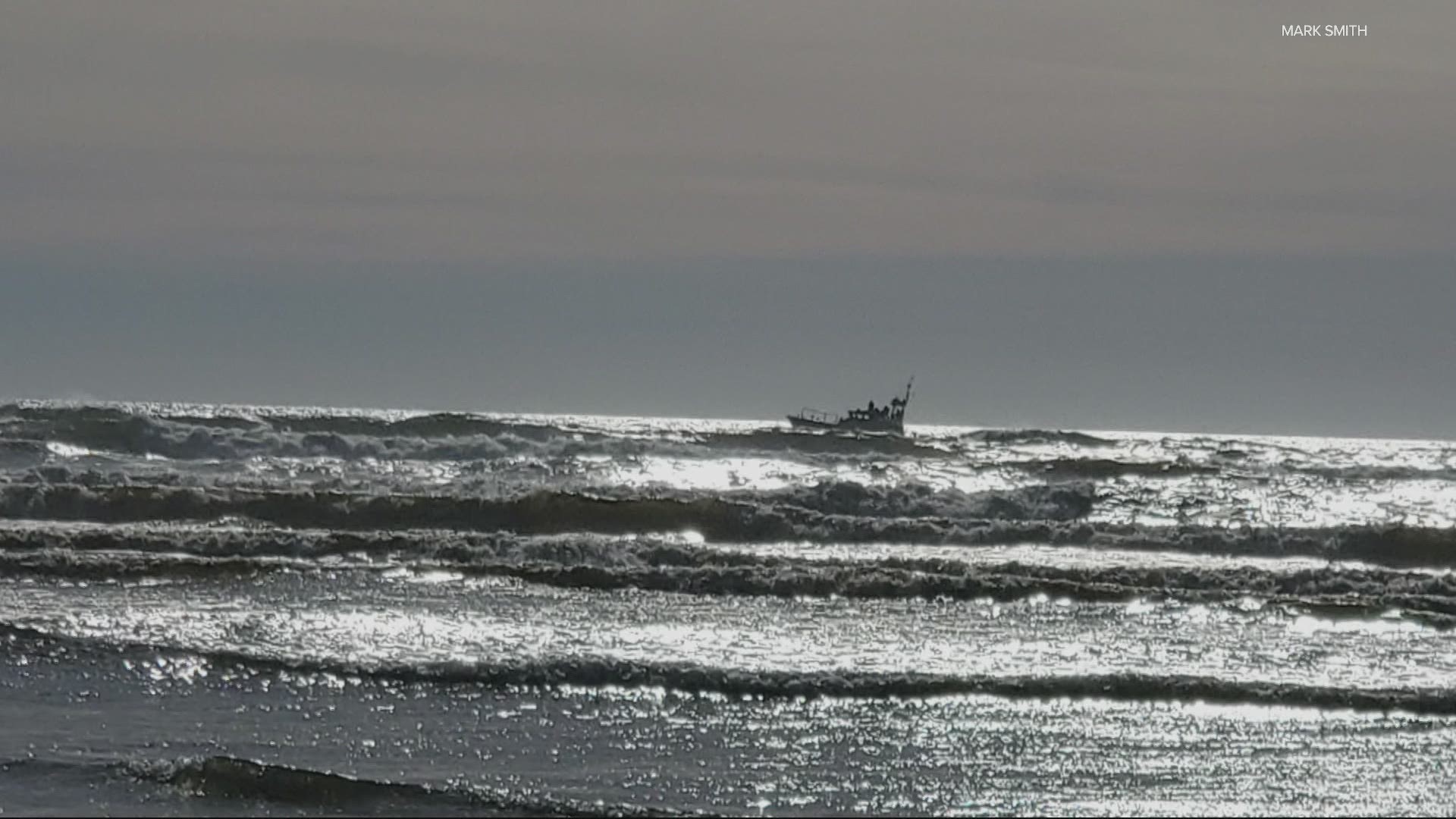 LONG BEACH, Wash. — The U.S. Coast Guard suspended the search for a 14-year-old boy who was reportedly swept offshore Monday afternoon near Long Beach, along the southern Washington coast.

The boy's friend reported him missing Monday afternoon. Crews arrived around 2:30 p.m. and began searching by helicopter and boat. They also worked with local law enforcement in the search. Crews searched an area of about 52 square miles, the Coast Guard said, before the search was suspended at 10:26 p.m. Monday.

"Suspending search efforts is always an extremely difficult and heart-wrenching decision, especially when involving children," said Capt. Nathan Coulter, chief of incident management for the 13th Coast Guard District. "This was a real tragedy, and our thoughts and prayers go out to the family and friends of the young man involved."

Coulter thanked the men and women who helped in the search effort, including the Coast Guard, Pacific County, Washington Park Rangers and good Samaritans.

#BREAKING: #USCG and partner agencies are searching for a 14yo male reportedly swept offshore near Long Beach, WA. He was last seen wearing a red cap, grey shirt, and black trunks. Follow for updates.

In a separate incident Monday morning, a 37-year-old man died near Rockaway Beach. The man's mother reported that she'd lost sight of her son as he was swimming in the surf off Rockaway Beach. The Coast Guard activated search and rescue crews. A helicopter crew located the man and he was pulled from the ocean by a rescue swimmer, but he did not survive.

The Coast Guard reminds anyone on or near the water to be mindful of tides, current and surrounding conditions.

"While the Pacific Northwest beaches may be a popular destination for recreation, beachgoers ought to keep in mind the number of unpredictable and ever-changing dangers such as strong waves, rip currents and cold water temperatures. Always be aware of your surroundings," Coulter said.

RELATED: 13 stranded when boats get stuck in mud on Oregon coast