Seattle's first home game of the season came with new rules around vaccine verification or COVID-19 testing and face masks. 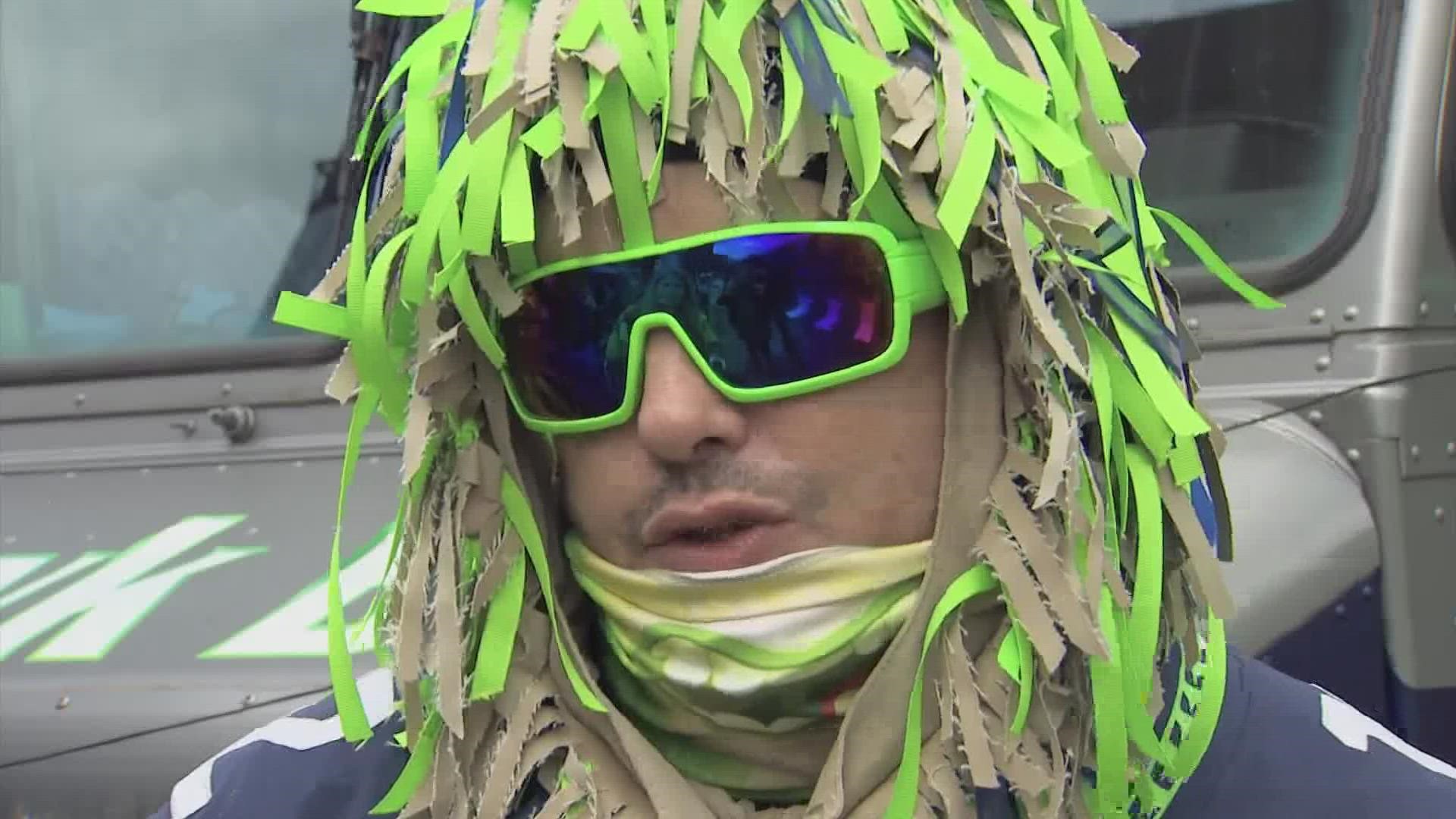 Many of the pre-game traditions looked the same: food, fun, and fans. But there are also new additions inside Lumen Field.

Fans are required to wear a mask inside the stadium, as part of the statewide mandate for events with 500 people or more.

The Seahawks are requiring proof of vaccination for all eligible guests or a negative PCR test taken within 72 hours of each game. The vaccination or testing requirement does not apply to those under 12 years old.

RELATED: Vaccinated or not: Masks to be required at large outdoor events in Washington

Most fans seemed prepared to comply, saying they wanted to enjoy the teams safely.

Heath Brewster, who drove from the Tri-Cities, said, “It's surreal, I can't believe I'm back. I'm super blessed and amazed to be back and I'm just kind of taking it one game at a time."

Brewster flew to Miami to see the Seahawks play in person last season, but he said there’s nothing like being at home with the team.

“I think if you’re a 12 and you’re not emotional being back, something’s wrong. I think that’s universal with everybody I’ve talked to today. We're not fans, we’re family."

“We've been season ticket holders for 22 years now. Everybody here is my people,” Rob Cockerill said.

Cockerill said he believed they wouldn’t even need to wear the masks in the stadium if more people got the vaccine, but he was glad to be safe.

“This is a big day, this is back to where we live. This is who I am,” Cockerill said.

The game didn't go how Seahawks fans hoped. After a healthy lead, the Seahawks fell to the Titans 33-30 in overtime.

It will be a few weeks until Seahawks fans gather in SoDo again.  The next home game is Oct. 7, a Thursday night game against the Rams.