Two of the puppies were in critical condition and immediately hospitalized, but they later passed away, SCRAPS said. 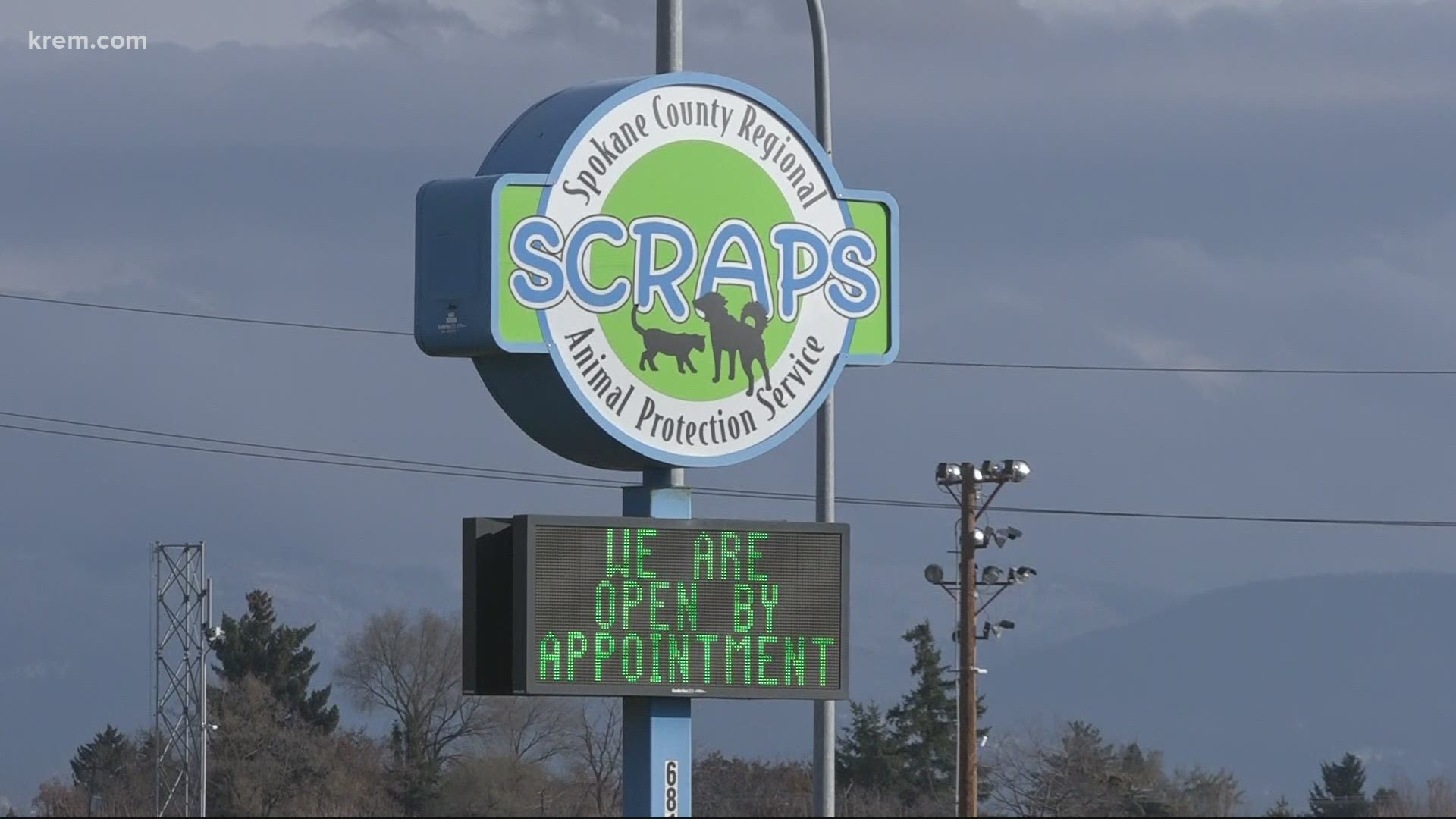 SPOKANE, Wash. — SCRAPS is asking for the public's help in an animal cruelty investigation after seven puppies were found abandoned in Spokane on Wednesday.

In a Facebook post, SCRAPS wrote that one of its Animal Protection Officers picked up seven puppies who had been left in a plastic bin on the side of the road near Cannon Street and 6th Avenue.

The puppies were "terrified, freezing, and covered in their own feces and urine," according to SCRAPS. Two of the puppies were in critical condition and immediately hospitalized, but SCRAPS lost them several hours later because their "bodies had been too badly neglected."

Charges for whoever is involved include animal abandonment and first-degree animal cruelty, according to SCRAPS. Other charges could be added as the investigation continues.

"Our community cannot stand for this, and these seven cruelty victims need our voices," SCRAPS wrote in the post.

Anyone with information pertaining to the puppies is asked to call SCRAPS at 509-477-2532 or send an email to SCRAPS@spokanecounty.org.