A chocolatier is adjusting to a new full time store in Spokane Valley following a fire that burned down his Idaho location. 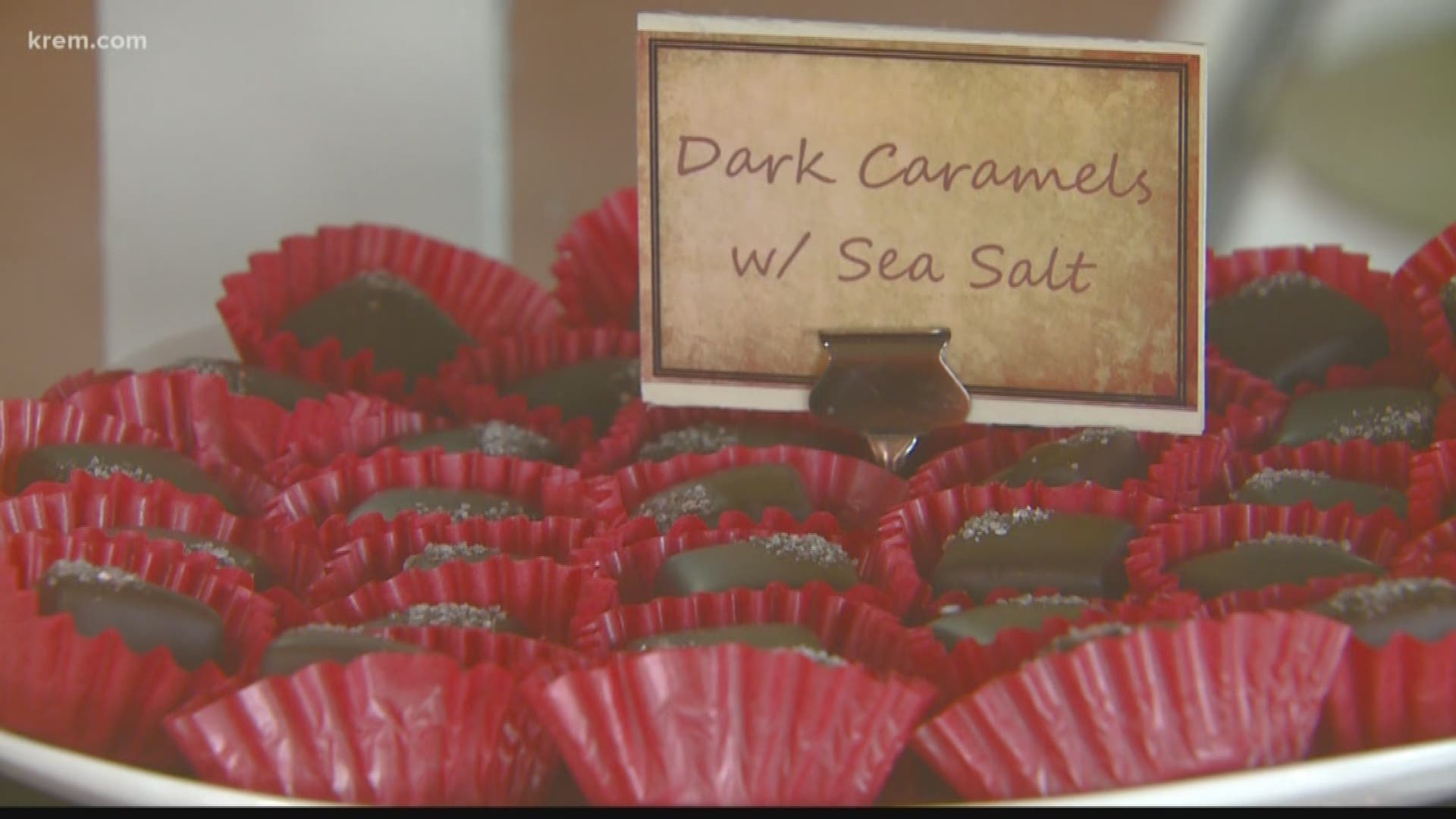 SPOKANE VALLEY, Wash. — A former Sandpoint business relocated to Spokane Valley after a fire destroyed the previous building they were located in.

Dennis Powell and his wife own the Sandpoint Chocolate Bear in Spokane, but the stocked shelves and busy kitchen at their Spokane Valley facility is something new.

It's a much different sight than what their other storefront looked like back in February.

A fire gutted their building containing Powell's Sandpoint store and a handful of other stores. The fire was ruled an accident and the shops were right in the heart of the city's downtown.

"I was there the day the fire was. I was right out there. I told them, we're going to rebuild. And we did," said Dennis Powell

Six months later, the Powell's moved their business to Spokane Valley but kept the name.They didn't have time to wait for a Sandpoint rebuild, Powell said, since they also make chocolates for a store they own in Spokane's Flour Mill.

Their tasty treats followed them on their move to Spokane.

"All the homemade goodies that we made up in Sandpoint, we make them here now," said Powell.

They kept the same name, since it's a shop locals had come to know and love. Powell said their insurance policy kept them afloat in the aftermath of the Sandpoint fire and allowed them to remodel the space in the Valley into a small chocolate factory.

"We're hoping to someday go back there when we find the right location that's good for our business plan. We want to go back there," he said.

What the Powell's know for sure is that the Inland Northwest has a sweet tooth and this spot will work. Despite the fire and the following setbacks, their customers still want chocolate.

While he's saddened by the loss of his Sandpoint location, Powell maintains an optimistic outlook.

"It's life. You've got to continue. The universe keeps moving," he said.

RELATED: No timeline for when Sandpoint business complex could be rebuilt after massive fire

Note: the below video reports on Spokandy's celebration of National Truffle Day.