All seven Spokane City Councilmembers voted against the proposed collective bargaining agreement, which was largely retroactive. 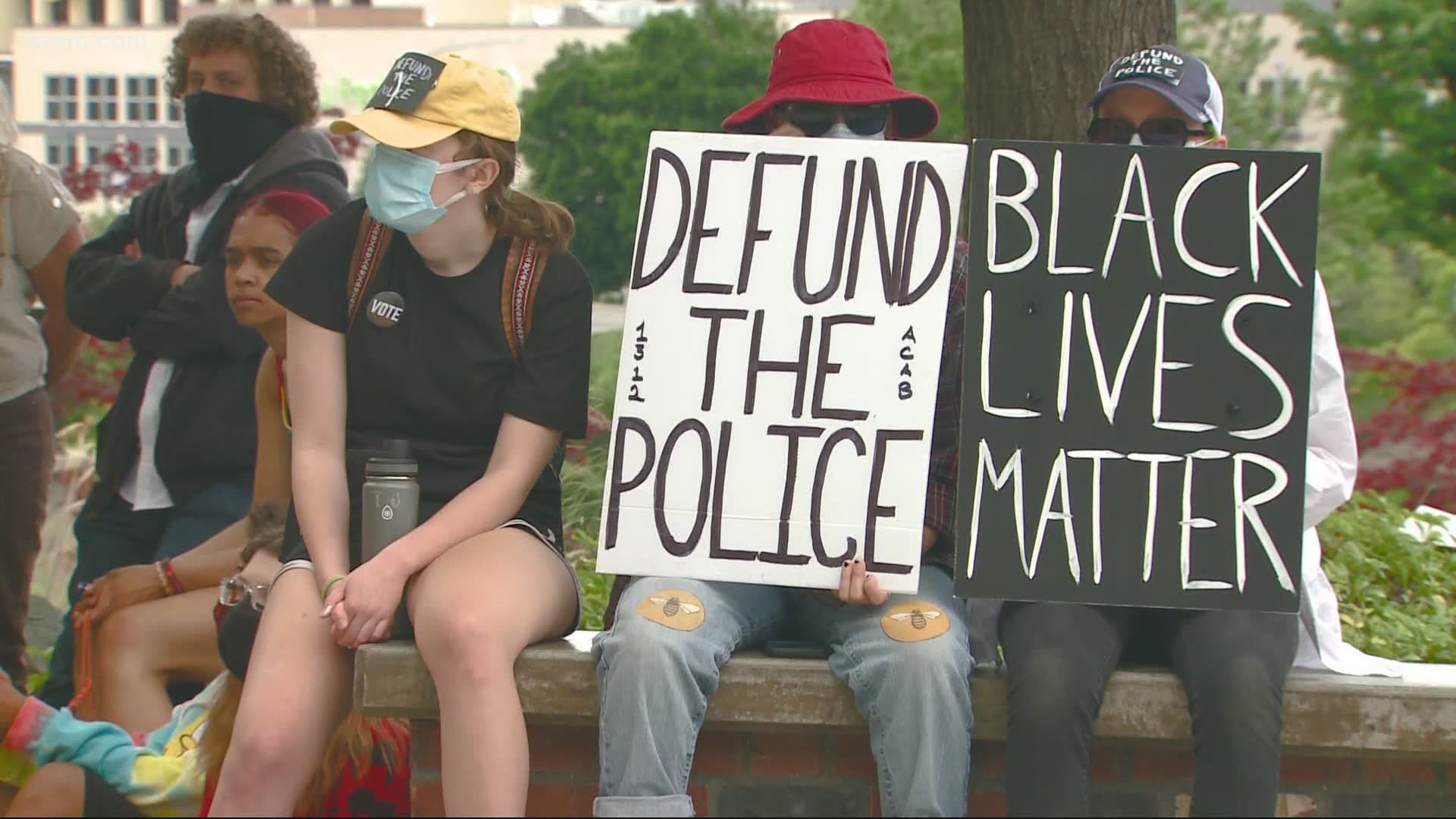 The vote came after more than an hour of public comment on the matter in which all but one person was against the contract.

Protesters had gathered earlier in the day against the proposed contract.

The contract now goes back to mediation, who will attempt to help the two sides come to an agreement or determine an impasse has occurred, according to city council spokesperson Lisa Gardner.

Much of the pushback against the contract came down to the proposed agreement weakening the Office of the Police Ombudsman's power to provide oversight for the police department.

"The City Council supports all its employees and their right to bargain on issues related to daily working conditions. Any contract approved by Council must comply with the City Charter," City Council President Breean Beggs said during the meeting. "Spokane’s Charter requires the Police Ombudsman to conduct independent investigations without interfering with discipline.This contract didn’t meet the Charter’s requirements and had to be rejected.”

The Spokane Police Guild released a statement on the vote on Tuesday night, saying in part that they disagreed that the contract would provide less oversight.

"While we appreciate the process that goes into these decisions, we are confused as to how this misplaced perception could dictate such an important decision for our community. In fact, the proposal included additional oversight as well as increased ability for the Office of the Ombudsman to conduct oversight of the Spokane Police Department, both requests that were clearly expressed by our community members and our Council," the statement reads in part.

Spokane Mayor Nadine Woodward released a statement ahead of Monday's expected vote in favor of the contract.

"Tonight is an opportunity for Spokane to enhance a civilian police oversight model that is already ahead of what most communities are doing nationally. The contract, as proposed, will lock in multiple improvements and immediately start work on making our process even better," Woodward's statement reads in part.

Spokane Chief of Police Craig Meidl also released a letter to the community on Monday night. In the letter, he said that the nation is facing a mental health crisis and that police are facing a level of defiance toward their lawful authority on day-to-day calls that is at "an all-time high."

Meidl also says in the letter that use of force is down by 63% this year as compared to the same point last year. He also said the police force is currently more closely representative of Spokane's population than it has been in years. He ended the letter by calling for the passing of the contract.

"The men and women of SPD have been without a contract for 3 ½ years. Without a doubt, and as confirmed by outside organizations, SPD is a premier law enforcement agency that has made lasting changes. And we only continue to get better. Your men and women show up every day and serve this community with professionalism, integrity and compassion. They have more than earned a contract that is not 3 ½ years past due," the letter ends.

According to KREM's Shayna Waltower, who was at City Hall, protesters were chanting "defund the police" and "vote no." People were also given the opportunity to speak at an open mic.

The protest was organized by a handful of local activist groups, including Occupy Spokane and Stronger Together Spokane.

The police guild contract has become a political flashpoint in Spokane as protesters have taken to the streets to demand, among other things, more accountability from law enforcement.

The document totaling more than 70 pages has been in the works for years. It's so delayed that it’s mostly retroactive, covering 2017 through 2020.

But of the 70 pages, it’s one section – Article 27 – that’s generated by far the most public scrutiny. That is the section that deals with civilian oversight of the Spokane Police Department.

In Spokane, that oversight is conducted by the Office of the Police Ombudsman, created by a charter amendment overwhelmingly passed by city voters in 2013.

The current ombudsman, Bart Logue, serves as the city’s primary watchdog of local law enforcement. He is overseen by a five-member Police Ombudsman Commission.

The crux of the debate is whether Logue, his staff and the commission are given enough independence and power. Many – from left-wing protesters to the local NAACP to city council members liberal and conservative alike – feel the answer is no. They argue the old contract places too many constraints on the ombudsman’s office and they hoped the new contract would fix that problem.

The biggest criticism of the proposed contract, though, is that is still creates too many hoops to jump through before the ombudsman can conduct his own investigation of an accusation, and too many restrictions on what he’s allowed to do while conducting it.

Critics also say the new contract gives the Spokane Police Guild too much power when it comes to selecting the ombudsman.

Despite the widespread skepticism from city council members about the proposal, it's not guaranteed that they will vote to reject it on Monday night.

That’s because it’s somewhat unclear what would happen if they do. One possibility is that the contract would go back to mediation and come up with something more palatable for the council, but that may be unlikely. If the city administration and the guild can’t come to terms in mediation, the contract could be sent to arbitration, where substantial changes would be harder to come by.

Council members are also taking into consideration the fact that this contract, since it's so overdue, expires at the end of the year. That means negotiations on a new contract would begin almost immediately if they do approve it.

Following another charter amendment passed by city voters last year, those negotiations would be subject to public transparency laws. Some council members may see a better opportunity for change the next time around.

RELATED: Spokane voters made all city union negotiations open to the public. Why not the police guild?