Hailee Bush, a seventh-grader in Post Falls, is donating approximately $90 in pennies to help those with cancer. 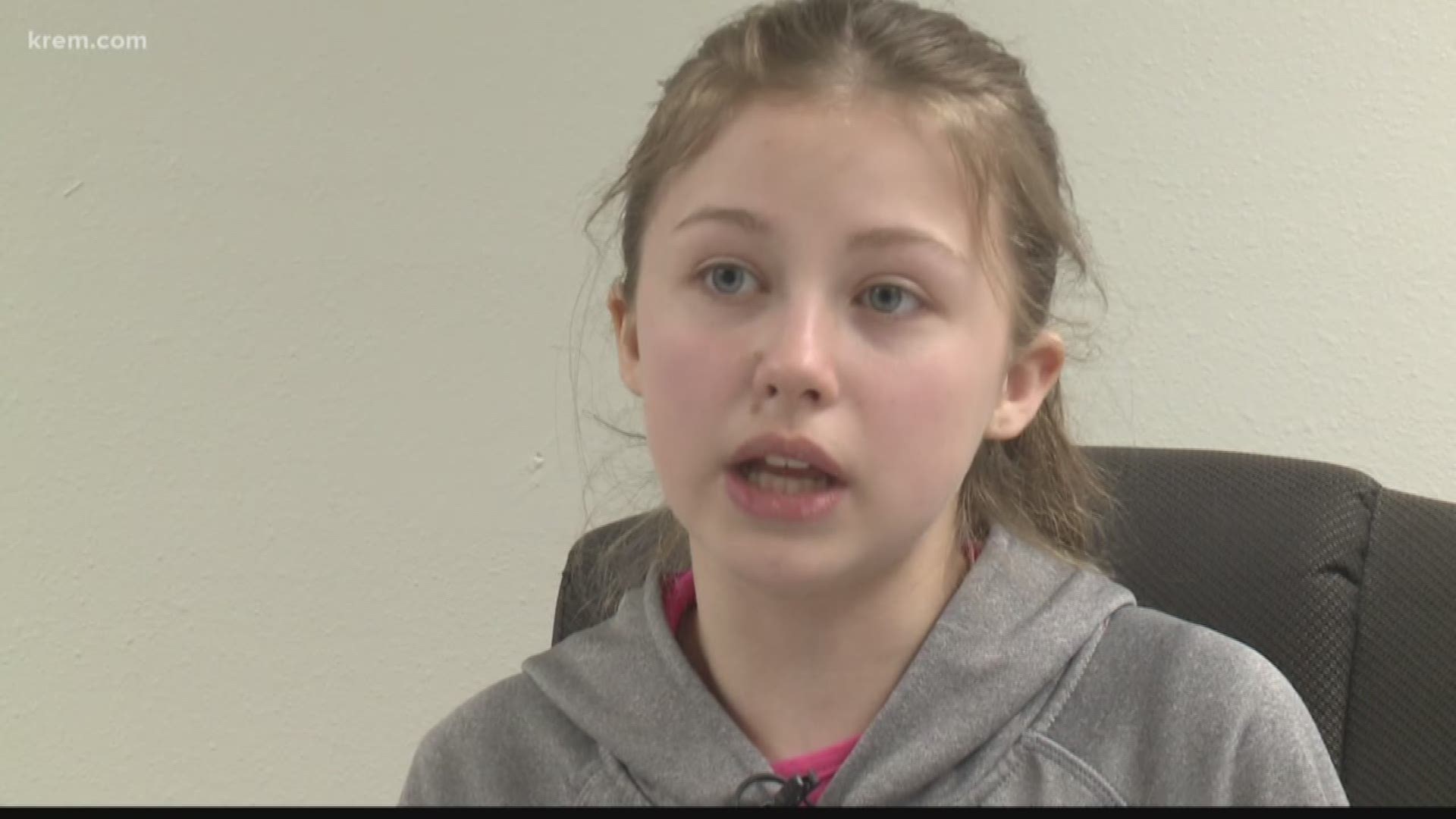 Hailee Bush, a seventh-grader at Post Falls Middle School, decided to give her collection, which she estimates is worth about $90, to her school's "Pennies for Patients" drive, which helps those battling cancer.

Those pennies came from her grandfather, and while she knew there were a lot of coins, she wasn't expecting there to be quite as much.

Those pennies came from her grandfather Mike Renteria's home, a house that is sadly no longer standing.

A fire destroyed his Mullan home in July of 2018, leaving nothing behind except for the pennies he would give to his grandchildren.

"It went from here to there in seconds. It was a wooden deck," Renteria said in 2018.

It was another battle Renteria had to face, as he had previously fought cancer. He said losing his house was almost on the same level as hearing he had been diagnosed with cancer.

Renteria had been collecting the coins wherever he could find them, Bush said.

Some traces of that fire can be found in the coins donated by Bush, as some still carry ashes.

When Renteria, who survived his battle with cancer, found out that his granddaughter and grandson were donating the coins and continuing to collect more to give to charity, he was happy.

"He was very proud," Bush said.