Oakley's platform consists of liking cheese, so against better judgement and the opinions of the cat lovers of the newsroom, The 208 is endorsing her for office. 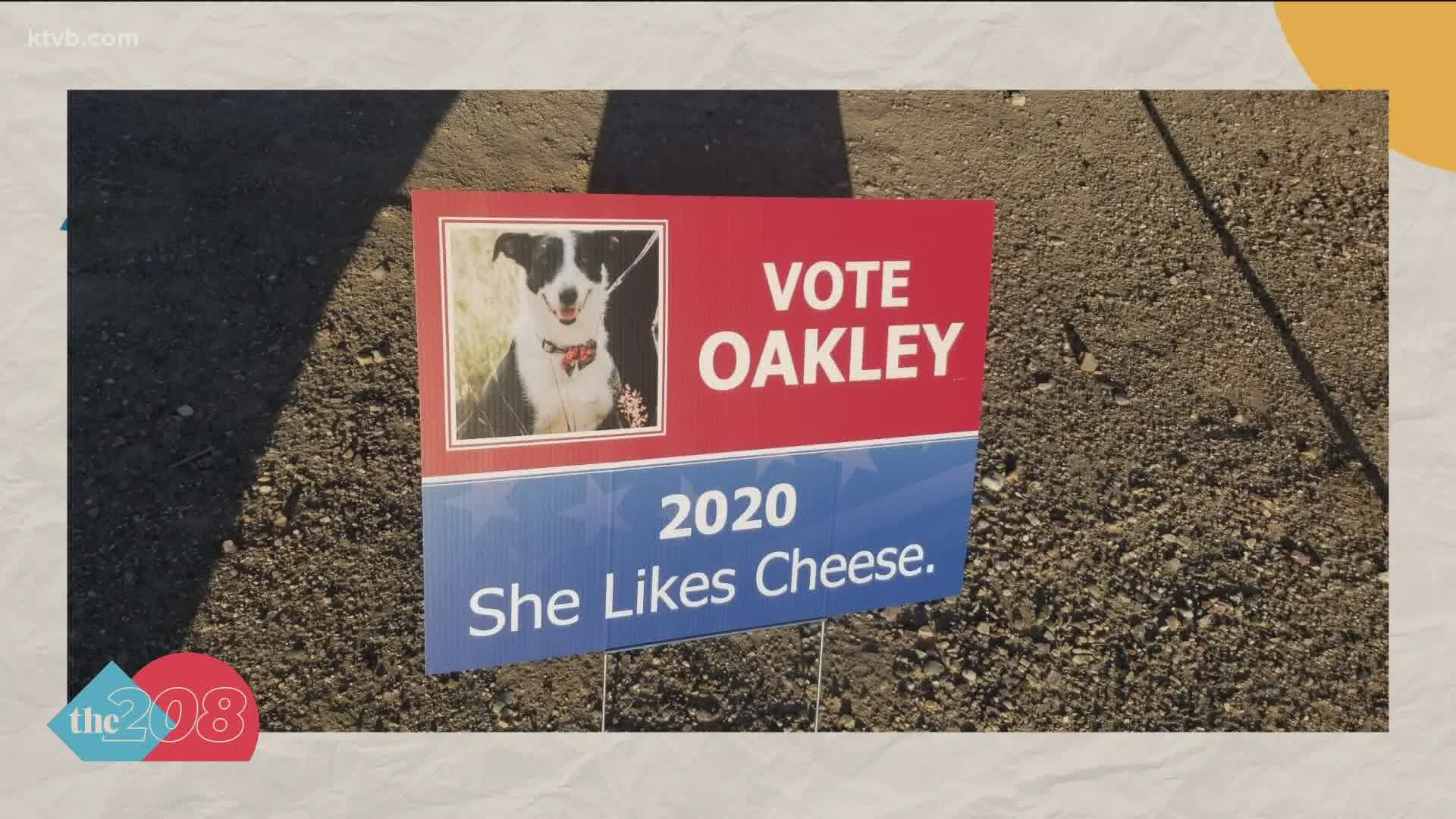 BOISE, Idaho — If Tuesday's presidential debate or the torrent of negative campaign ads on TV or online didn't give it away, its now the thick of election season.

Election season is the lovely time of year where people's social media feeds are littered with political ads, favorite TV shows interrupted by attack ads, and every major street corner is dotted with political signs.

With elections for everything from county commissioners to some senate seats will be on the ballot and many of those races have signs across the community.

One viewer photo from the 5th Street intersection in Pocatello has six signs alone. But how closely do people read all of those signs?

Here at The 208, it took a few times to spot it but there's one sign that truly sticks out.

It's just like any other political sign, with one major exception. The candidate is Oakley the dog.

Technically The 208 is not supposed to endorse any candidate in any race, due to the unofficial news media code of ethics. But we decided to make an exception for an exceptional candidate.

The 208 is endorsing Oakley the dog for political office because she's a big fan of cheese and hasn't said one negative thing about their opponent. She actually hasn't said anything, which can be a nice change of pace.

This decision may upset some viewers, particularly cat lovers but The 208 believes she's the right choice for Idaho, for whatever seat she's running for.

It's still unknown who put up the sign, but KTVB is continuing to investigate it. If you know who did, send The 208 a message.

Brian Holmes would like to find out Oakley's opinions on some major issues, like which dog park is the best or if belly rubs are in fact the best rubs.

RELATED: 208 Redial: John Miller can't stamp it anymore as the price of stamps goes up in 2000