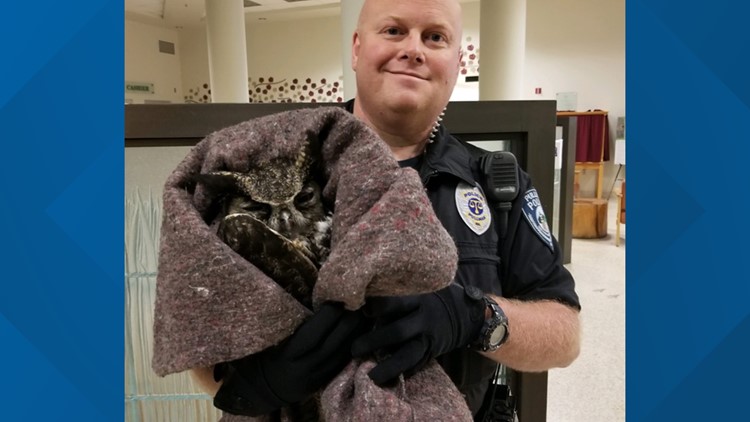 Owl rescued by Pullman police euthanized due to compound fracture

According to Washington State University College of Veterinary Medicine Public Information Officer Charlie Powell, the great horned owl had a compound fracture to its wing.The injury was near where all the animal's wing muscles are located. Powell said even if doctors were able to fixed the fracture, the bird's muscles would probably not heal correctly.

In a Facebook post on Monday, the Pullman Police Department shared a photo of an officer holding the bird wrapped in a blanket.

According to the post, Officers Germer and Lam were on Highway 270 when they spotted the injured owl in the center turn lane.

The officers picked the bird up and brought it to the WSU Teaching Veterinary Hospital for treatment.

City of Pullman Police Department
Officers Germer and Lam were on SR 270 when, owl at once, they spotted this injured beauty in the center turn lane. In one fell swoop, they scooped up the bird and flew it to the WSU Teaching...

RELATED: N. Idaho non-profit releases owl weeks after it was hit by car