The intersections at E. 14th Avenue and Grand Boulevard and Division Street and Rowan Avenue are both closed. 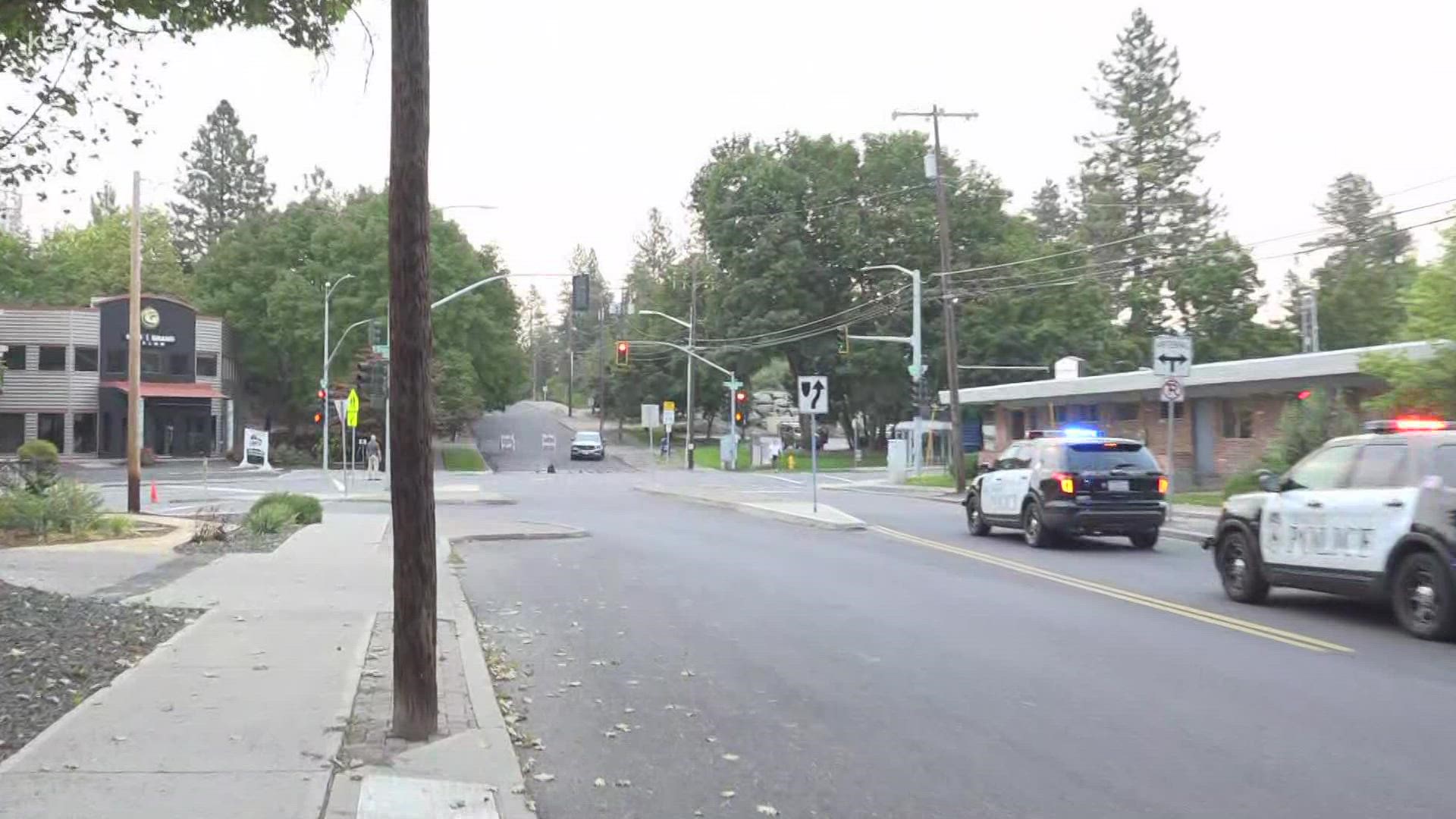 SPOKANE, Wash. — Two people are in the hospital in critical condition after being hit by cars in two separate crashes Wednesday morning.

The intersections at E. 14th Avenue and S. Grand Blvd and northbound traffic at N. Division Street and E. Rowan Avenue were closed following the crashes.

A 911 caller alerted Spokane Police to a vehicle vs. pedestrian crash at about 7:30 a.m. on Wednesday. Officers arrived on the scene to a man on the road with life-threatening injuries. The man was taken to the hospital. Spokane police said he remains in critical condition.

Another 911 caller alerted police to the second crash near E. 14th Avenue and S. Grand Boulevard. Police also found the second person in the road with life-threatening injuries. He was also taken to the hospital. Police said he is also in critical condition.