WSU graduate Sage Streicher's family wanted to take the special day to the next level, as the university held its first-ever system-wide virtual commencement. 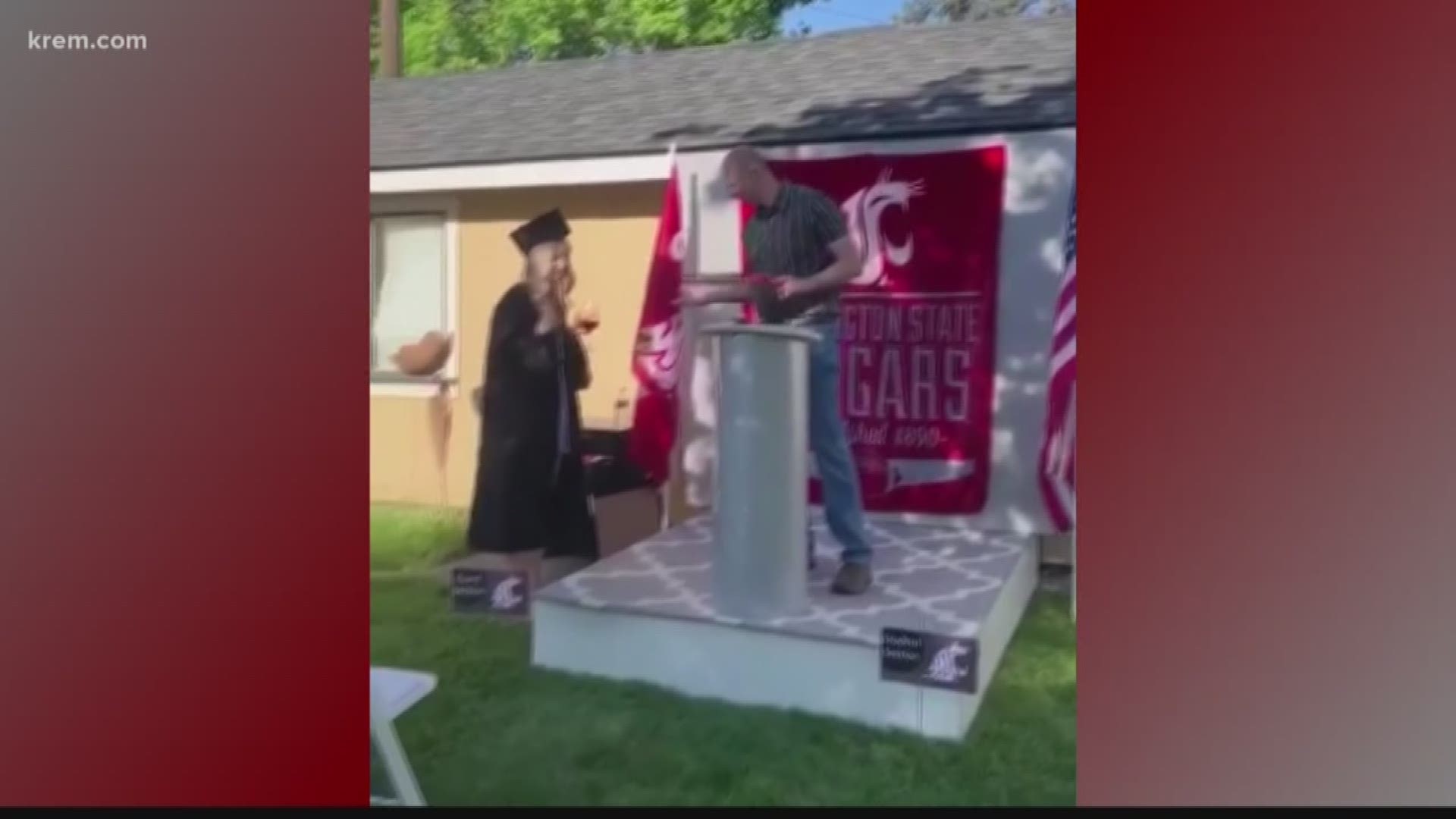 But in Spokane, WSU graduate Sage Streicher's family wanted to take the special day to the next level.

So, they threw her a surprise commencement ceremony in the backyard.

"Honestly I think it was even better than having the actual ceremony at Beasley [Coliseum]," Streicher said. "Because I was surrounded by all my family, whether it be in person or in zoom."

"What I liked about it was making the day all about Sage, that was the special part about it," her father, Greg Streicher, told KREM 2's Amanda Roley.

Every detail was accounted for: the stage, podium, Cougar flags and seating.

"We had a student section and guest section, which was great," Greg said. "It was kind of a last-minute thing. So, Sage had to sit by herself."

Her immediate family sat in the assigned family section, while dozens of other family members joined in on Zoom.

Greg emceed the ceremony and presented her diploma.

There was, of course, ceremonial hand shaking and a quick pose to make it official. During it all, Sage held a glass of wine.

"I was holding it the entire time, which people on the Die Hard Cougs Facebook page were like, 'That's a Coug right there!'," Sage said.

The human development major even received a few additional awards celebrating her time studying from home, rather than on campus: "Collegiate Cupcake Creator", "Watched the most Disney movies during college quarantine", and "Perfect Attendance at Zoom University."

Family members presented each one with a speech.

"After seeing her go through all four years, all her challenges and then no graduation, she's just had such a great attitude through all of this," stepmom Lizza Streicher said. "So to be able to give this to her was such a blessing because she truly deserved this special celebration."

RELATED: How universities in the Inland Northwest plan to reopen in the fall