Engaged Spokane seniors Enya LaFrance and Gabe Goodwin are going to pursue a career in the United States Army together. 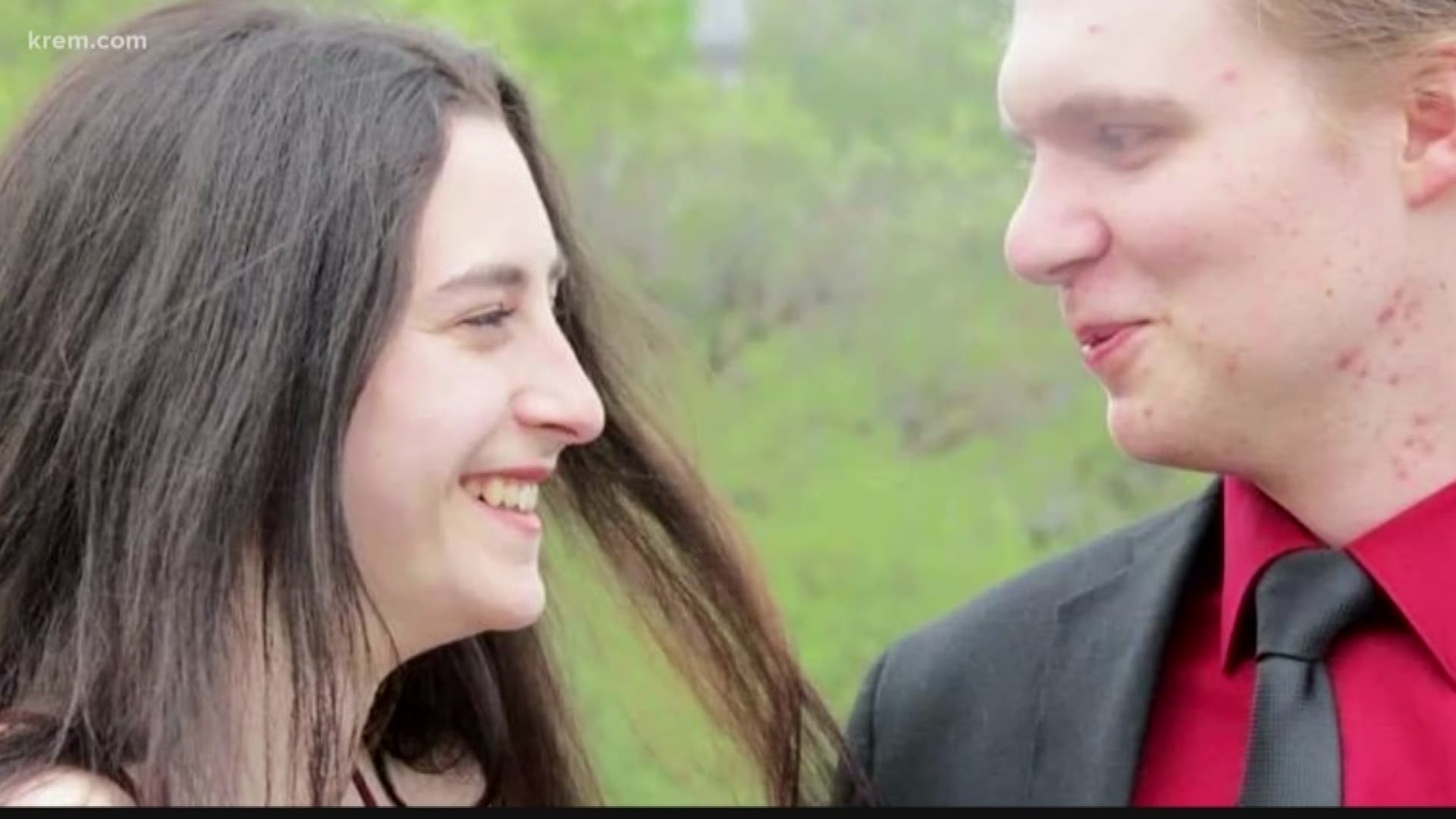 SPOKANE, Wash. — The Class of 2020 hasn't had a traditional senior year, and it's been a semester that's felt like a roller coaster.

Enya LaFrance and Gabe Goodwin are seniors at Shadle Park and Mt. Spokane high schools. The two have been side-by-side throughout school closures to help one another finish, and after they graduate, they’ll head off to Missouri to start their next chapter in the United States Army.

“We’re both going to the same place for basic training,” LaFrance said. “He’s just going a little bit after me so it’s really nice having someone that I can connect with and talk to while I’m there.”

Normal traditions like prom had to be improvised for the two. Instead of a ballroom, they got dressed up for pictures at Riverfront park, ordered food, and spent the night just hanging out with each other.

“It’s definitely wild,” explained Goodwin. “Not what I expected but we’re making the best of it.”

“I feel like it was actually better than a regular prom,” LaFrance added.

RELATED: WSU to resume some in-person classes for fall 2020 semester

Outside of the few online courses they had to complete their diploma, the two have been keeping busy with regular teenage activities: video games, working out and preparing for their futures careers in the army.

Perhaps the biggest step they’ve taken is getting engaged. The two are young, but Gabe went to Enya's father to ask for his daughter's hand in marriage and received his blessings to propose.

Now, they’ll enter into this new journey of their life together, and it’s a moment they've been anticipating. The two graduate this week.

“I really am ready and I’m excited for it," LaFrance explained. "It’s going to be different but when I get to basic training I’m going to meet so many new people.”