The owner of No Li Brewhouse in Spokane made an offer and the community stepped up. Now, they're raising the goal to $100,000. 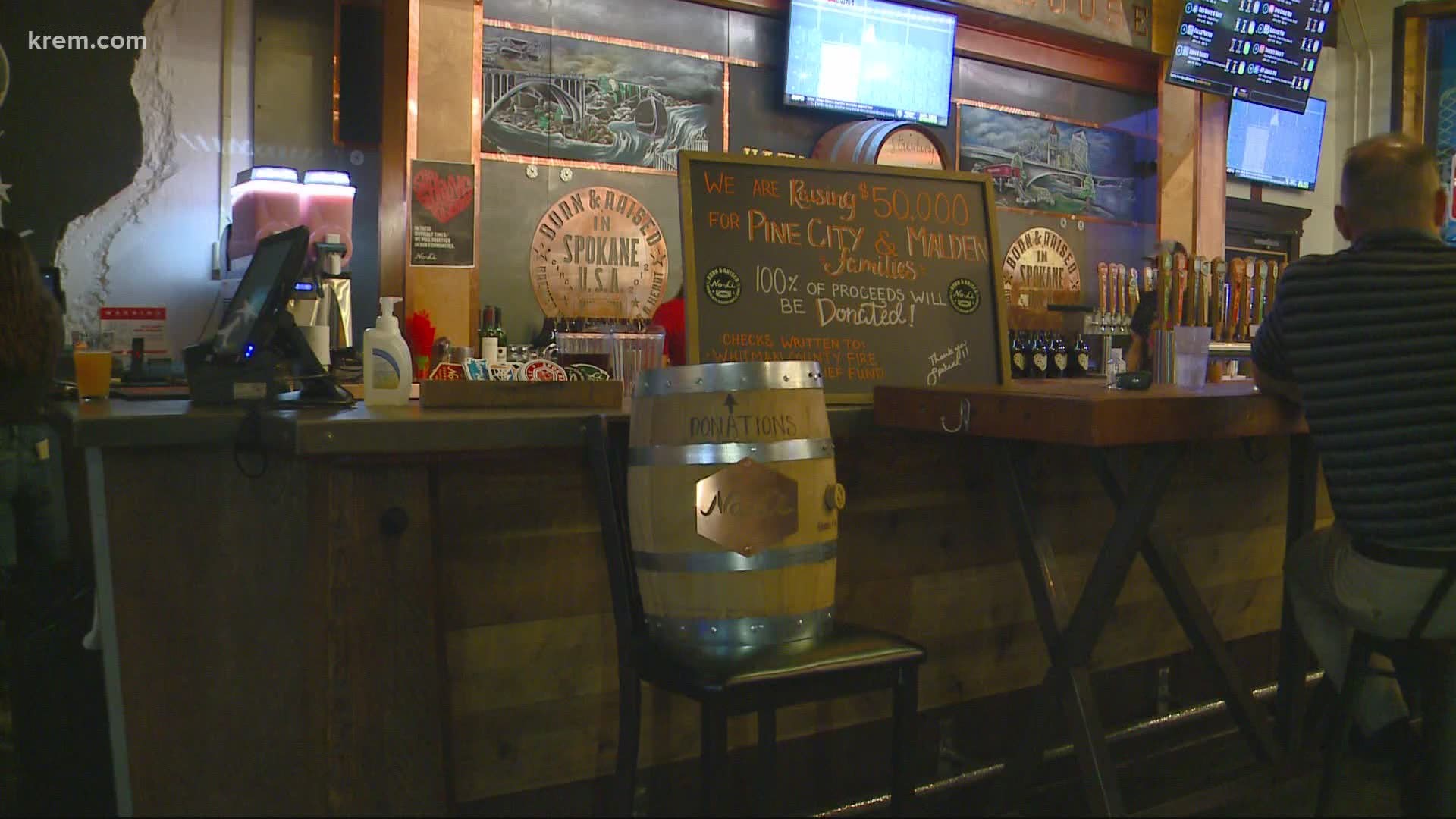 SPOKANE, Wash. — After wildfires raged through the small towns of Malden and Pine City in Whitman County, people in communities near and far have continued to show support as the rebuilding process begins.

No-Li Brewhouse in Spokane set out to donate $50,000 to the Whitman County Fire Relief Fund for affected residents. If people donated $25,000, owner John Bryant said he would do the same and match every dollar.

But Bryant didn't expect it to take just four days to reach that goal. Right now, the total stands at $75,000 raised so far, and every dollar donated will go to families in Malden and Pine City.

"You know we can't begin to feel what someone who lost everything is feeling, but we can bring dignity, respect, awareness and we could raise money. That's our cause, that's what we know we could effect," Bryant said. "I think it's important to know there's hope and we care about you, and we're not going to go away."

Last week, No-Li delivered a $43,000 check to the mayor of Malden and director of Whitman County United Way.  This week, the local business will deliver a check totaling more than $30,000 to Pine City and Malden.

No-Li is known for giving back to the community. In March, the businesses handed out 200 lunches to Logan Elementary School families. The restaurant and brewery has also raised tens of thousands of dollars for various charities over the years.

There is no end date to No-Li's new fundraising goal of $100,000. Bryant said No-Li will continue to raise the money for as long as it takes.

There are several ways to donate to the cause, but the simplest is dropping off cash or a check to one of No-Li's barrels or purchasing a Huckleberry Hazy IPA.

RELATED: How wildfire victims can find shelter from Red Cross, ways others can donate