Several homes were destroyed on Palmer Mountain after wildfires ravaged the region in September. 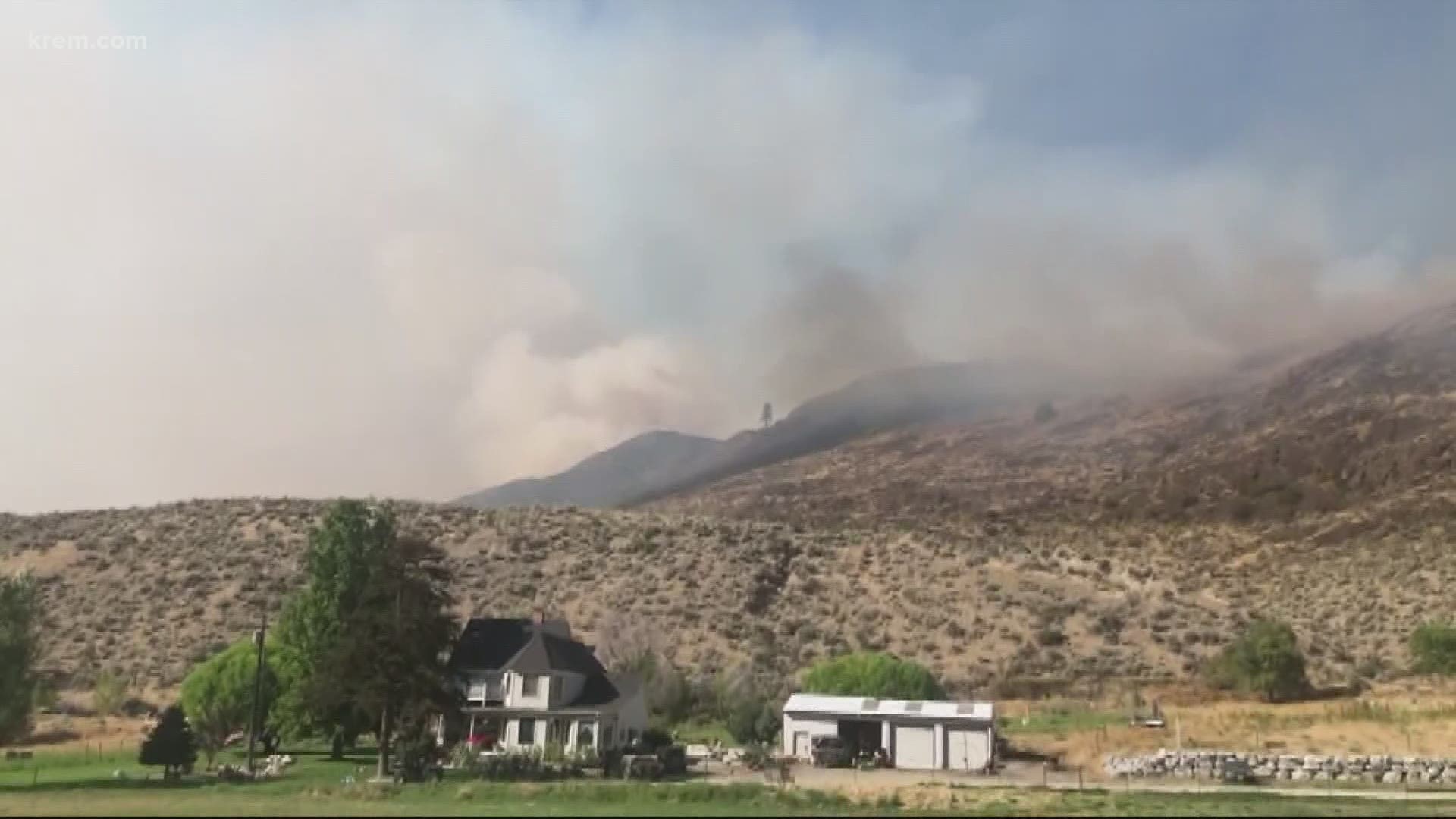 OKANOGAN COUNTY, Wash. — The busy fire season over the summer stirred up havoc throughout Washington state.

Hundreds of thousands of acres were burning for days and many homes standing in the way of flames were destroyed.

Daniel Pratt is the founder of Okanogan Highlands Fire Watch and knows all too well about the damage left behind.

“Just us showing up there makes a world of difference,” he said.

Pratt started the Facebook page in 2015, using social media to update people in the path of dangerous conditions. More than 17,000 members use the page.

“We have saved many lives over the past five years,” Pratt said.  “In fact, we saved several lives this year just through getting the information out as quickly as possible.”

Their focus is now on rebuilding as winter officially begins. Pratt and other volunteers have been traveling for several weeks up to Palmer Mountain, where a wildfire that sparked in August burned more than 17,000 acres.

Volunteers are working to build roofs for those who lost everything because of the fires. It’s not a big team but they’re committed to helping in any way they can.

Conditions in Palmer have been difficult during the rebuilding process. Snow is now on the ground and it's already a low signal area, making it a tough location to find.

“I was up there yesterday, it was like a sheet of ice. It was just a sheet of ice everywhere but we still got there. We made it up and kept working," Pratt said.

By the spring, Pratt is hoping to have his latest project completed. He wants to expand his efforts this winter and bring more support.

“I want people to just show love to each other and be compassionate with one another," Pratt said. “Have the understanding that we can make a difference, we can make a huge difference.”

Habitat for Humanity has agreed to help with Pratt's cause, along with local church groups in the area. Anyone interested in volunteering is welcome to reach out on the Okanogan Highlands Fire Watch Facebook page.