The firefighter injured battling the Twisp River fire continues to overcome obstacles and share his story of recovery. 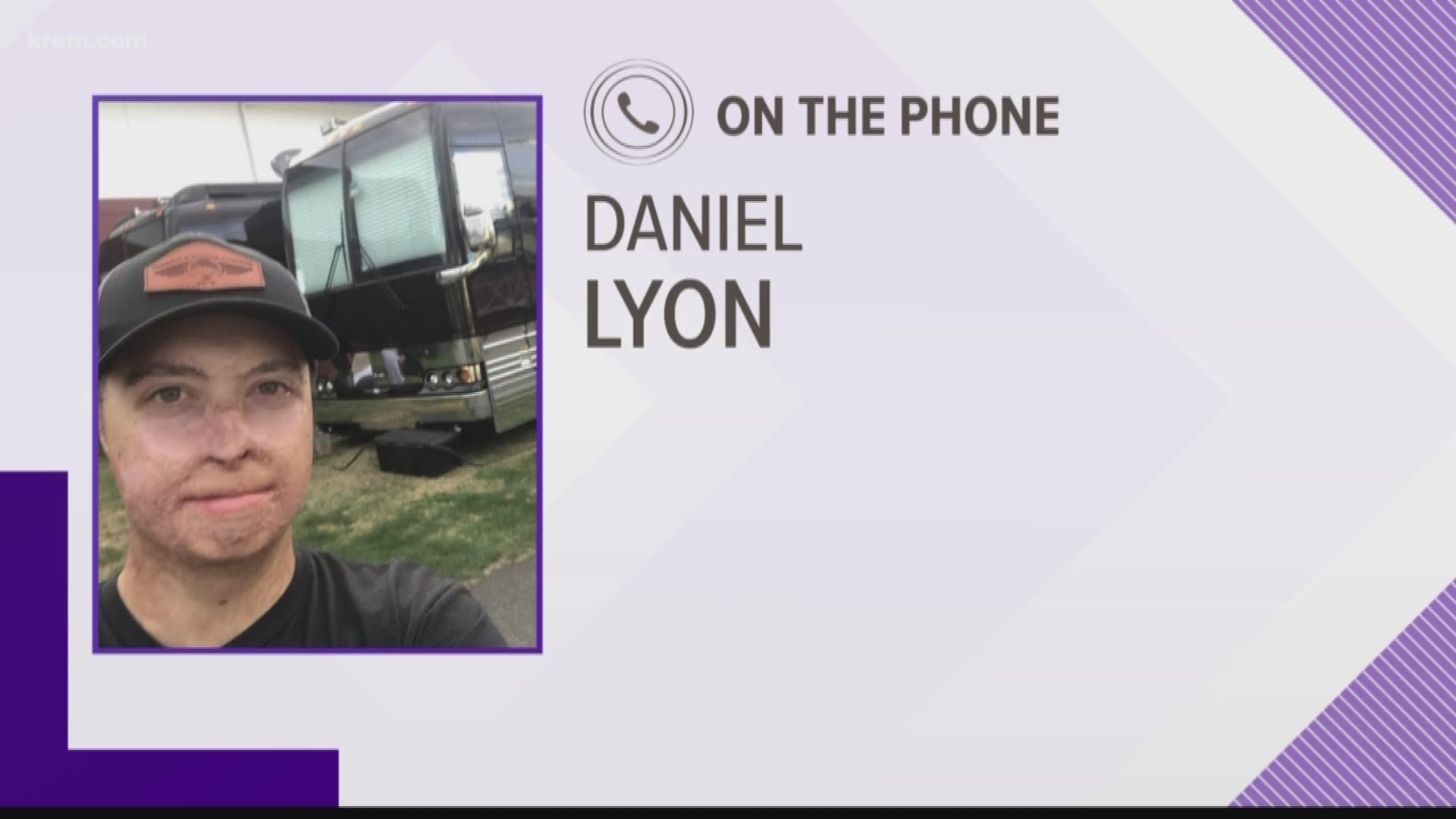 OKANOGAN COUNTY, Wash. — It's been four years since Daniel Lyon's life changed forever. He was a wild land firefighter during the worst wildfire season in state history.

He was battling the Twisp River Fire when he and several of his fellow firefighters were overcome by flames. Three of Lyon's colleagues were killed. Lyon suffered burns over most of his body.

“For me when I share that stuff on social media, 99 percent of the time people give me really positive feedback and they enjoy hearing the stories,” Lyon explained. “It makes me feel great and it's a great release for me. It's almost like counseling for me being able to share my story on Facebook and Instagram.”

Earlier this week the volunteer suffered burns over 60-percent of his body and is now in the same hospital as Lyon was 4 years ago.

“As soon as he's in the clear I'm going to be happy to go up there to speak with his family and hopefully him as well.”

Lyon is also looking to change state law so that firefighters have the right to be compensated after an injury. As it stands right now, the law states that first responders are aware of the dangers they face and acknowledge that risks come with the job.

Risks that Lyon knows all too well. He believes attaching his name to this effort could potentially help firefighters.