The Pateros attorney who filed the suit said they are filing a motion to reconsider and they still have additional options, even if that doesn't work. 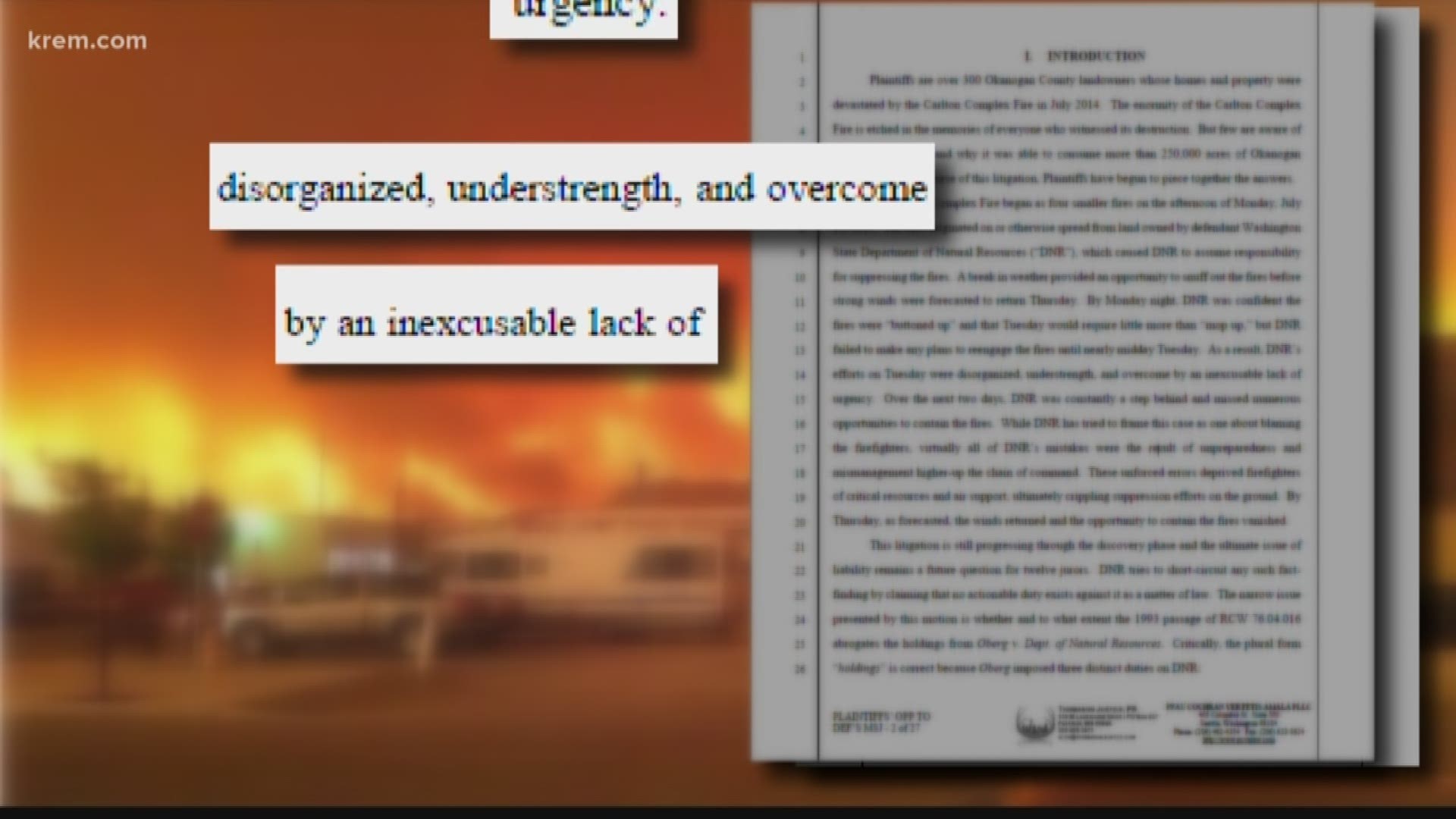 A judge dismissed a lawsuit filed by hundreds of families in Okanogan County who sued the state after the 2014 Carlton Complex wildfire.

Many of the families involved in the lawsuit lost their homes and all their belongings after the fires moved from state-managed Department of Natural Resources property to their private property. They claim DNR had an opportunity to stop the fires when they were still small but failed.

The Pateros attorney who filed the suit said they are filing a motion to reconsider and they still have additional options, even if that doesn't work.

DNR's attorneys had asked the judge to dismiss the case in early October.

According to the Superior Court Judgment, "...in the Court's view, there is no longer a statutory or common law duty to the individual plaintiffs in any of these consolidated cases -- whether as a landowner or in fire suppression efforts. This was not always true."

The plaintiffs' main argument is that DNR has an obligation, just like any other landowner, to keep fire from spreading to someone else's land.

The judgment states, "The duty is owed to the public in general and not to any individual or class of persons separate from the general public."

According to court documents, homeowners said the department's efforts were "disorganized, understrength, and overcome by an inexcusable lack of urgency." They go on to say, "Over the next two days, DNR was constantly a step behind and missed numerous opportunities to contain the fires."

The state said a governmental agency has no duty to a particular person or class of people when performing a service for the public at large. That's called the "public duty doctrine." Homeowners said that only applies to them as a firefighting agency. Even if that's the case, they say DNR still has a duty as a landowner, to "exercise reasonable care and provide adequate protection against the spread of fire from the forestland it owns."