A patient at Western State Hospital attacked a nurse over the weekend. The assault Sunday night was the latest in a series of attacks on health care workers at the state's largest psychiatric hospital. 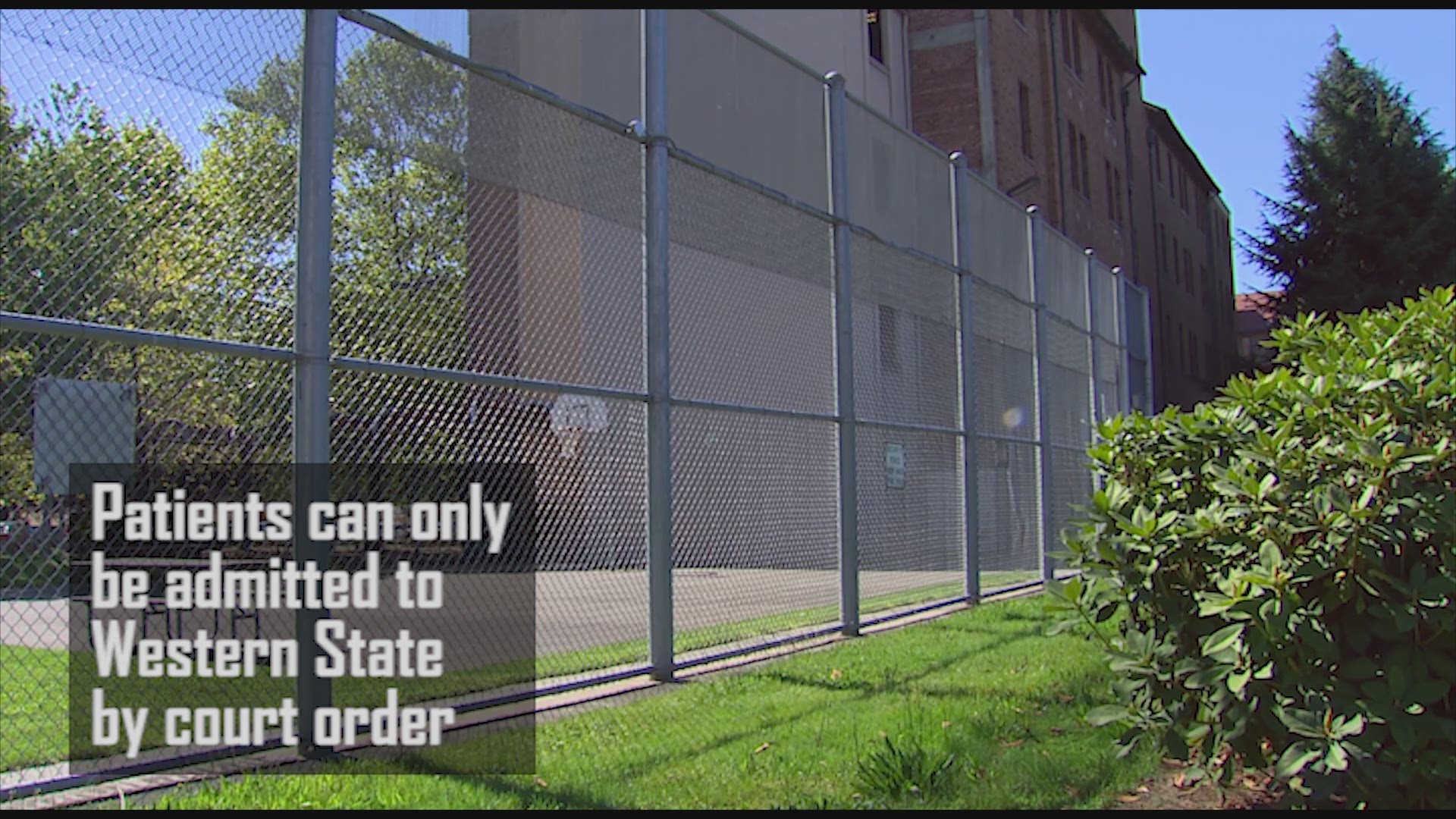 A patient at Washington state's largest psychiatric hospital vaulted over a nurse's station last weekend, knocked a nurse to the floor, choked her and bit part of her ear off.

The assault Sunday night was the latest in a series of attacks on health care workers at Western State Hospital. Hospital spokeswoman Kathy Spears told staff in an email obtained by The Associated Press about the attack and said the nurse was hospitalized.

Willie Saw, a nursing supervisor, told AP that part of the nurse's ear lobe was bitten off by the patient.

He said it will need to be re-attached with surgery.

It was the patient's sixth assault on hospital staff since he was moved to the ward six months ago, Saw said in an interview.

The 850-bed hospital in the Tacoma suburb of Lakewood has been plagued by problems for years and was repeatedly cited for health and safety violations, ranging from assaults on workers to escapes by violent patients, including one who escaped for two days in 2016 and was accused of torturing a woman.

Kelly Stowe, a spokeswoman for the state agency that oversees the hospital, said in an email Tuesday that the Department of Social and Health Services was "saddened by this assault of our staff member."

Stowe said the patients at Western State have significant issues and "caring for patients with mental illness is noble and difficult due to the unpredictable behavior."

Past federal inspections at the hospital have found a lack of qualified staff, worker fear of retaliation from managers and a focus on bureaucracy over staff safety.

After a surprise inspection in May found more violations, the Centers for Medicare and Medicaid Services cut the hospital's certification and $53 million in annual federal funds.

Stowe said the state has been working to reduce violence at Western State and has put in place training programs aimed at improving worker safety.