Number of gray wolves in Washington state continues to grow 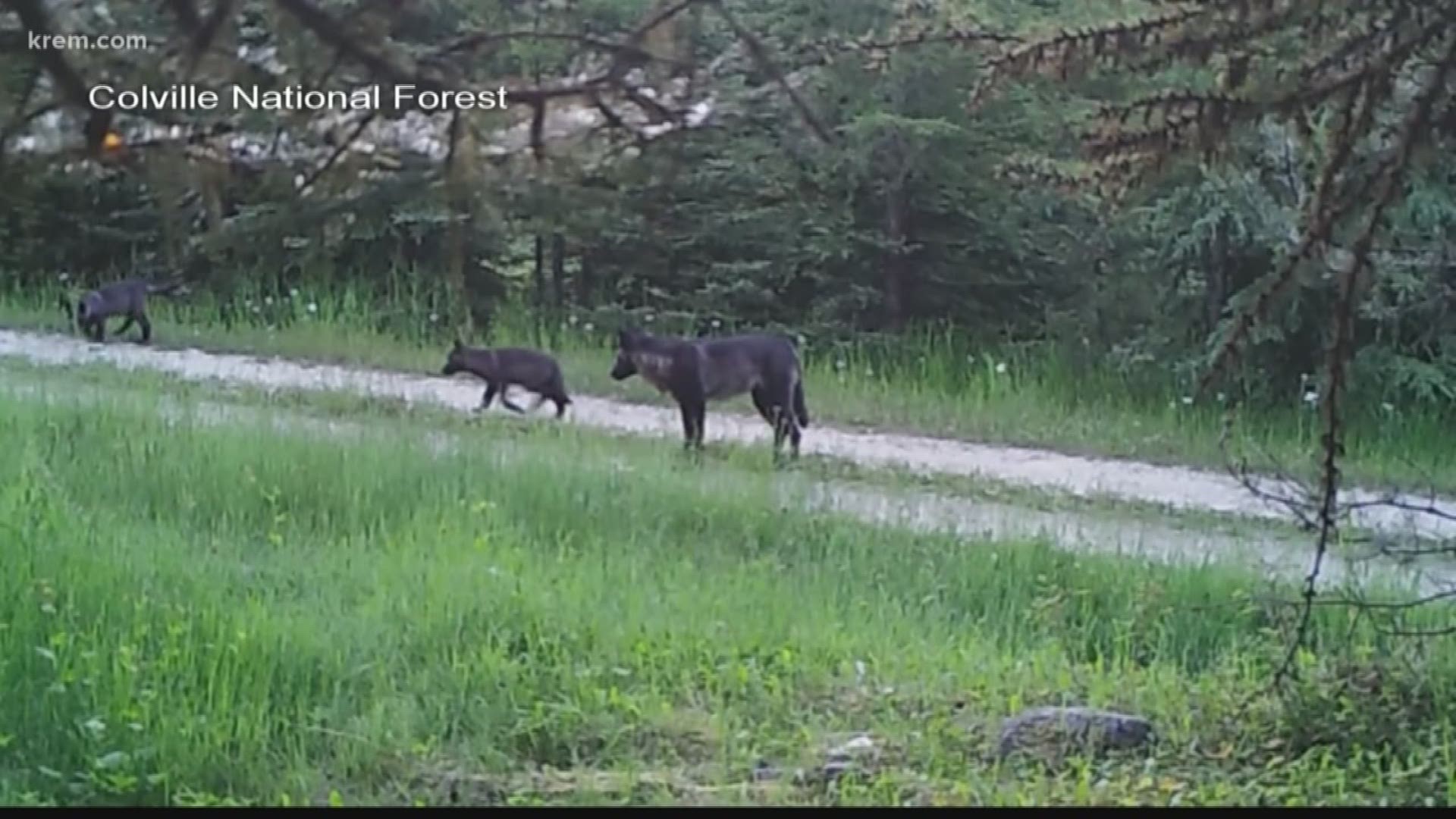 SPOKANE, Wash. — The number of gray wolves in Washington state has been growing since 2018 and for the first time the state documented a pack living west of the Cascade Range, wildlife officials said Thursday.

The recovery of Washington's wolf population continued has rebounded since 2008, when the Washington Department of Fish and Wildlife documented a resident pack in Okanogan County.

The numbers of wolves in Washington have increased by an average of 28 percent per year since 2008.

Numbers of individual wolves, packs and successful breeding pairs have reached their highest levels since wolves were virtually eliminated from the state in the 1930s.

The state has a minimum of 126 wolves in 27 packs with 15 successful breeding pairs. These wolves are male and female adults that have raised at least two pups that survived through the end of the year, the WDFW found in its annual wolf census.

A year ago, those numbers were 122 wolves, 22 packs and 14 successful breeding pairs.

The annual count provides estimates of the minimum numbers of wolves in the state because it is not possible to count every wolf.

Most packs occupy land in Ferry, Stevens, and Pend Oreille counties in the northeast corner of the state, but the survey revealed increasing numbers in Washington’s southeast corner and the north-central region.

With funding support from state lawmakers, WDFW has steadily increased its efforts to collaborate with livestock producers, conservation groups and local residents to minimize conflict between wolves and livestock and other domestic animals.