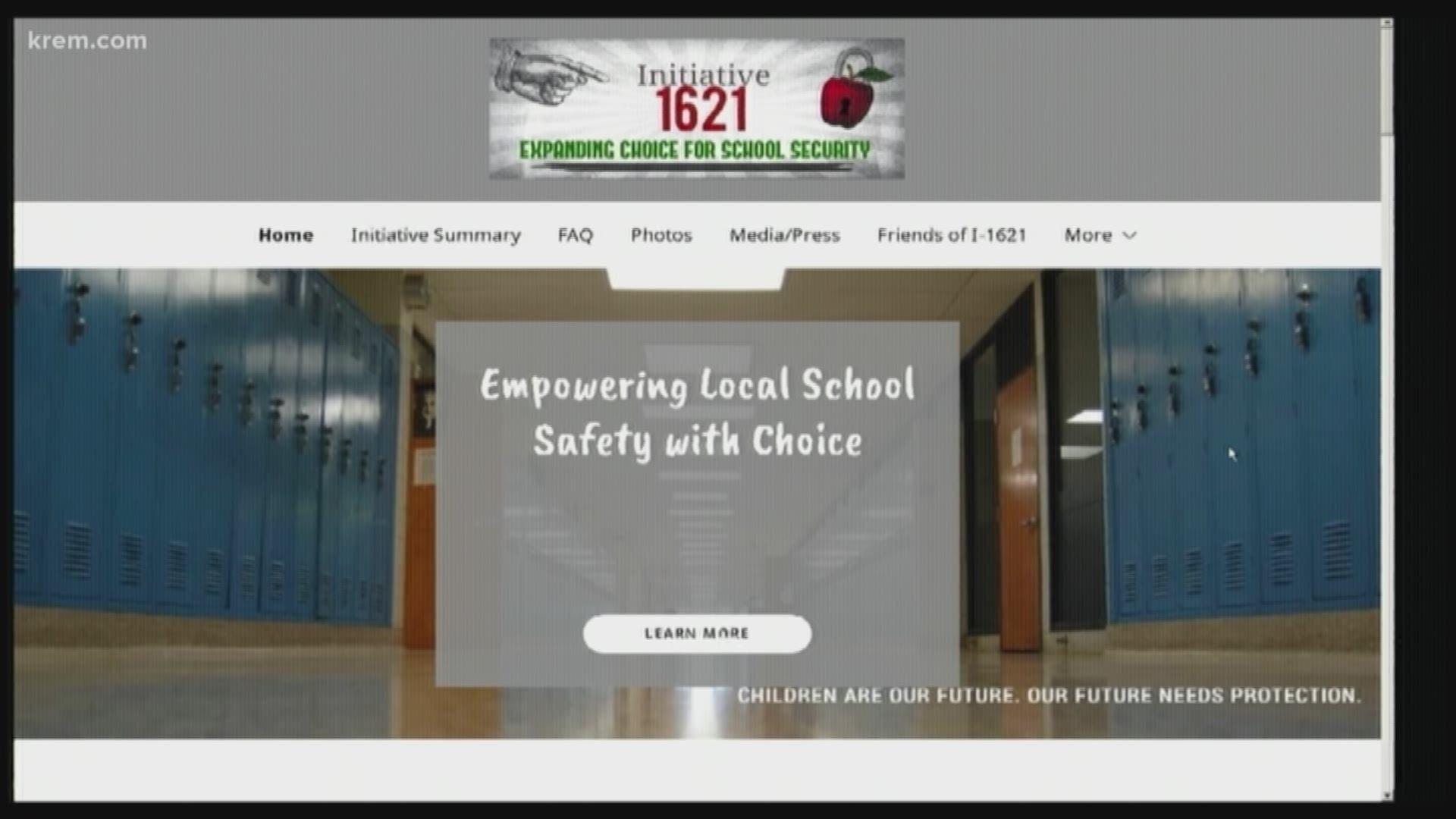 Organizers are gathering signatures to put Initiative 1621 on the November ballot.

If voters pass it into law, "Gun Free Zone" signs will disappear from schools in Washington state.

It would apply to any "non-student" licensed to conceal carry a pistol.

Yes. That does mean teachers could carry a pistol, but they would have to follow a few requirements.

The initiative says school employees would be required to be trained in firearm safety and inform school administrators, like a principal, they plan to carry a firearm at school. Notifying a principal of plans to do so is only for awareness, not for permission according to the initiative. Of course, those employees would also have to be licensed to conceal carry.

Initiative 1621 sponsor Tyler Miller said the intention of the initiative is to provide greater flexibility to local school administrations in addressing security needs.

"It gives local school districts the ability to have the conversation that's happening at the national level on how do we best approach the security of our kids while in school," Miller said.

Miller said he's heard concerns that the initiative would create private security by people just showing up to school. He said that's not the intent.

"My child has to be a student there, I have to be a registered volunteer, I have to have a legitimate purposed to be there," Miller said. "Nothing about the initiative changes that."

Organizers have until July 6th to submit 259,000 signatures in order for it to appear on the November ballot. A deadline Miller said he's cautiously optimistic they'll make.