Although the rescue group is based in Whitefish, Montana, Two Bear air is able to fly missions in the Inland Northwest. 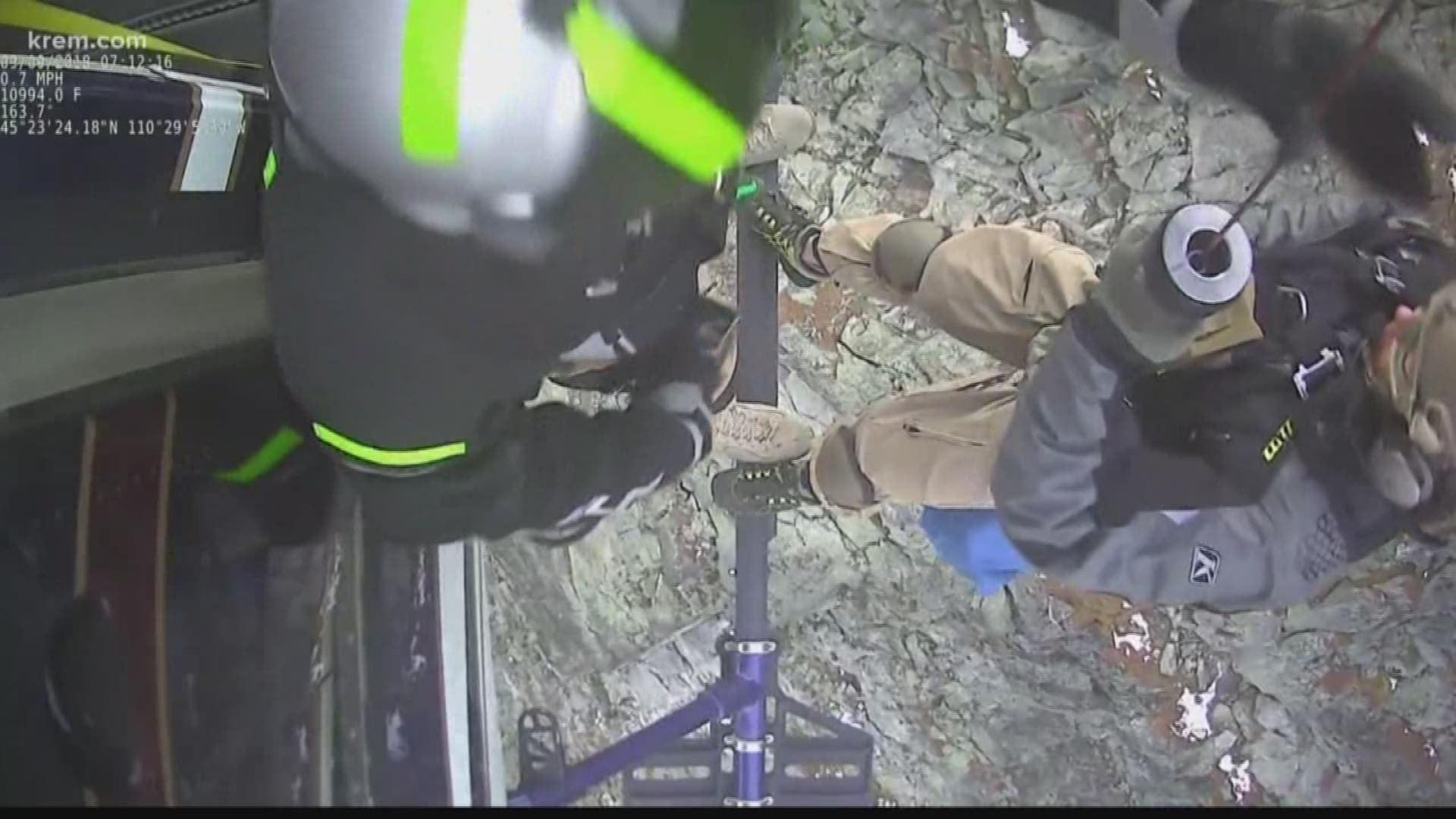 Two Bear Air, a helicopter rescue group that services the Inland Northwest, is approaching its fifth anniversary and its 500th mission.

Using a heavily equipped Bell 429 helicopter, Two Bear Air assists local agencies with locating, and sometimes hoisting to safety, people lost or stranded in the wilderness. Although the rescue group is based in Whitefish, Montana, Two Bear air is able to fly missions in the Inland Northwest. Since its inception, the Bell 429 has taken part in several local rescues, including a notable 2016 rescue of stranded skiers at Lookout Pass.

"It feels fantastic, it really does,” said Mike Goguen, the brainchild and founder of Two Bear Air.

Goguen lives in Whitefish and made his fortune as a venture capitalist in the Silicon Valley tech industry. Using his own money, Goguen privately purchased the Bell 429 helicopter and continues to fund and maintain the operation. He said the group doesn’t accept any grants or taxpayer funds.

"I wanted to make sure it didn't cost victims a penny,” said Goguen during a phone call from Whitefish.

The idea for Two Bear Air came about after a local Sheriff’s agency had approached Goguen to see if he would be interested in donating to an effort to purchase a rescue helicopter. Officials in Montana, Gougen said, didn’t have a helicopter dedicated solely for search and rescue efforts.

"I thought that if we literally ended up saving one person's life, it would make all that worth it," Goguen said. He’s since trained with Two Bear’s flight staff and has assisted on some rescue missions himself.

Since then, Two Bear Air has saved plenty of lives. During the chopper’s first year of use in 2014, Two Bear Air flew around 40 missions. "Now, we're up into that 140-150 range average a year now,” said Jim Pierce, Two Bear’s chief pilot. Pierce said outreach efforts to area agencies in combination of word-of-mouth has helped spread Two Bear’s reach. Agencies are able to call the group for assistance when needed.

Two Bear’s approach appears to be working. The group has kept up its pace of 100+ missions a year.

"It tells you more people are getting out of the woods,” remarked Pierce, as he chuckled.