A number of buildings and vehicles near Willard Elementary were found Thursday morning covered in graffiti of graphic images and vulgar language. 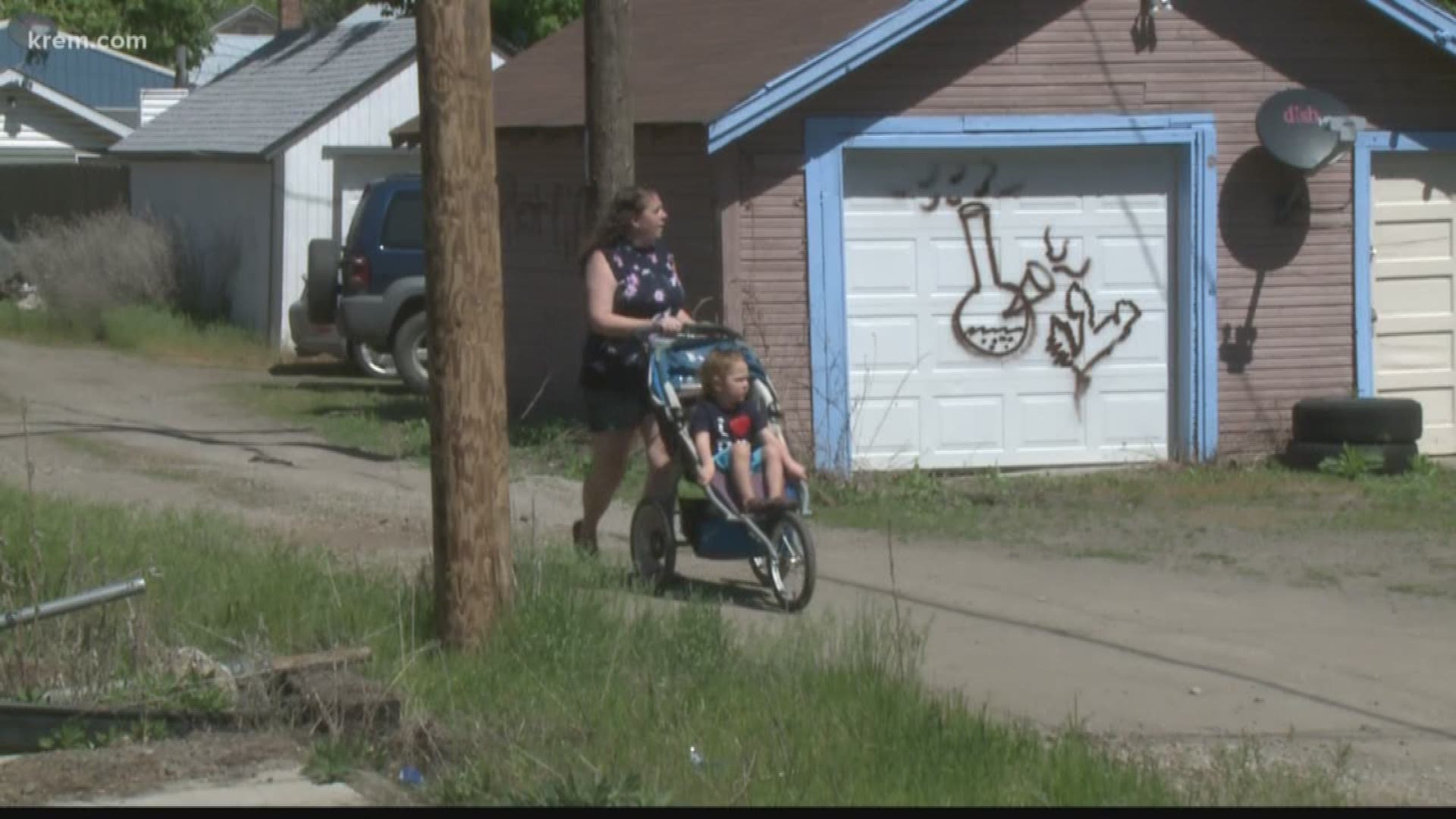 SPOKANE, Wash. — Residents near Willard Elementary woke up to graffiti on multiple buildings and vehicles in the neighborhood.

A neighbor told KREM 2 that vandals sprayed graffiti on several garages and vehicles on Thursday in their neighborhood near Willard Elementary School.

Kimberly Saiz grew up in the neighborhood. She said she's never seen anything like the graffiti in her neighborhood.

"What the heck? Why would this happen? It never really happened before," she said.

Neighbors, including Saiz, found graffiti on their cars, homes and garages. The tagging mostly happened in an alleyway between Washington and Stevens streets. It goes for about two blocks.

The graffiti includes graphic images and vulgar language. The tagging looks to be gang-related and references drug use.

"It kind of sucks, I used to live in a neighborhood that this happened to a lot and for it to happen here it's like we got rid of that," Saiz said.

Homeowners think it might have been some teenagers. The area C.O.P shop is aware of the vandalism and it will be documented.

Other than that, homeowners have to cover up the tagging themselves. Many of the homes have security cameras and lighting, but there isn't much hope the vandals will be found.

Saiz just doesn't want this to happen again in her neighborhood.

"We already have a camera in the back so there's not anything else we can really do," she said.

RELATED: How to prevent graffiti in your neighborhood