No, you can't ride Lime bikes and scooters on sidewalks in Spokane

Although the scooters and bikes can be parked on city sidewalks, those using the Spokane wheelshare service are not allowed to ride them on the sidewalks. 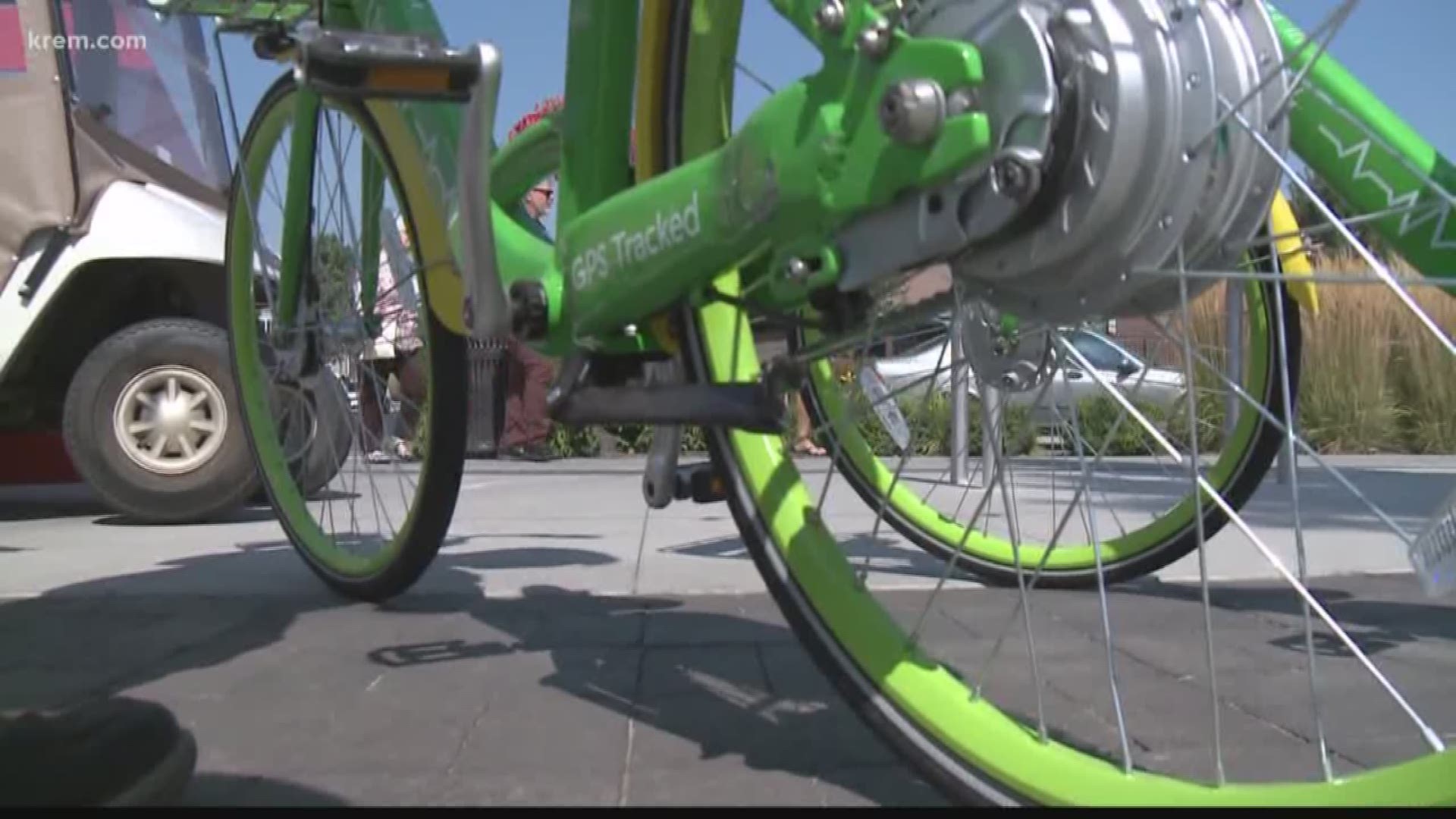 SPOKANE, Wash. — Lime bikes and scooters have taken over Spokane since their return to the city but many people are still breaking a key rule when it comes to the use of the equipment.

The bikes and scooters are allowed to be parked on city sidewalks, but a Spokane ordinance prohibits users from riding them on the sidewalks.

According to City of Spokane Senior Engineer Brandon Blankenagel, this is due to safety concerns.

"Even though we have wider sidewalks downtown, it's just a challenge and a danger when you have something going that fast with many people out and about," Blankenagel said.

The penalty for breaking this law is a civil infraction, which can include a fine.

Spokane police say there is a learning curve due to the program being so new, so they will take the chance to educate people breaking the rule before punishing them.

Some riders think the rule should be more clear to users.

"I know there are certain places where you're not supposed to ride, but I don't know where those places are," Lexi Keene, a first-time Lime Scooter user said.

When told about the no sidewalks rule, Keene said she had been using them on sidewalks because she felt it was safer.

"I did not know that, because I've been riding them on the sidewalks because I thought it was safer," she said. "I do prefer the sidewalk because on the road you never know when a car is going to come out."

She suggested signs or a full list of rules on the scooters.

"Some official thing that's on the scooters that lists what you can and cannot do or if they have posts up randomly downtown where you can ride by and check," Keene said.

KREM Reporter Amanda Roley posted a photo on Twitter on Wednesday that shows some rules listed on Lime Scooters.

The boundary map for downtown, which is included below, shows the area where the bikes and scooters cannot be used on sidewalks.