The Federal Railroad Administration said they're aware of this derailment. But at this point, no investigation is planned.

McMahan said the train derailed near Havana Street and Sprague Avenue at about 10:40 p.m. on Tuesday. No one was injured and that the main line was not affected.

Of the six rail cars that derailed, two were tipped over, officials said.

Oil cars were not involved in the derailment. Instead, they were carrying molten sulfur, the spokesperson said.

Leaks were not detected following the derailment, McMahan added. Some lumber was spilled and damaged.

An employee at a nearby trailer business said this is the first such derailment he's seen in the area. He added that there are always trains going through.

"We hear it all the time, the humming noise like now. It's pretty much constant and normal here," said Ryan Webster, who works nearby.

The derailment did not affect traffic on Wednesday morning but the railroad crossing warning lights are sporadically turning on and off.

Crews working to clear the tracks on Wednesday morning warned people to stay out of the area because it is dangerous.

The company didn't say how long cleanup would take.

According to records from the Federal Railroad Administration, 34 derailments have occurred in Spokane County since 2009. Of those incidents, 22 were human-cased. Ten derailments were caused by tracks. A rail signal caused another accident while another cause was listed as "other," according to FRA data.

At least one derailment a year occurred during the time span. Five derailments were reported in 2013 alone.

No injuries or deaths were reported. The total amount of damage reported from all derailments totaled $2,506,260.

The FRA data didn't immediately specify where in the county the derailments took place, however.

A brief overview of KREM 2's archives showed that most of the county's derailments in recent years happened outside of Spokane/Spokane Valley city limits. Most recently, a train carrying wheat derailed near Cheney in January of 2015.

Derailments did occur within city limits, however. Archives listed a minor derailment that occurred between Sprague and Trent in October of 2013. In May 2011, 12 freight cars derailed in Spokane. And in January 2009, a train jumped its tracks in Spokane Valley. 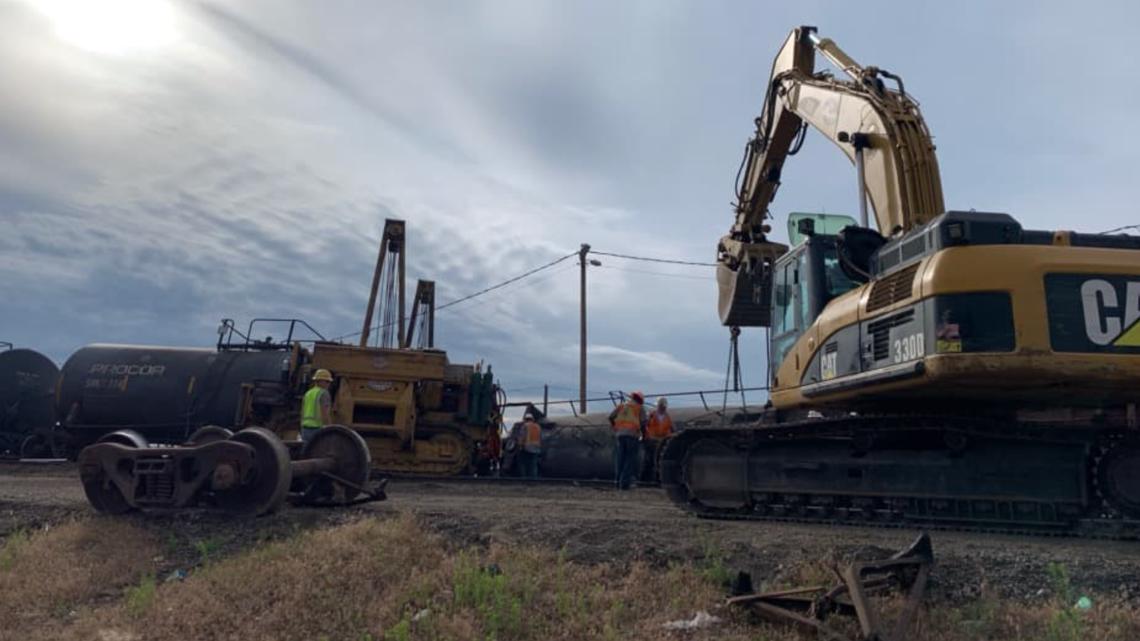