Bobbi Vance gave up her son for adoption after she gave birth as a teenager in Pittsburgh. 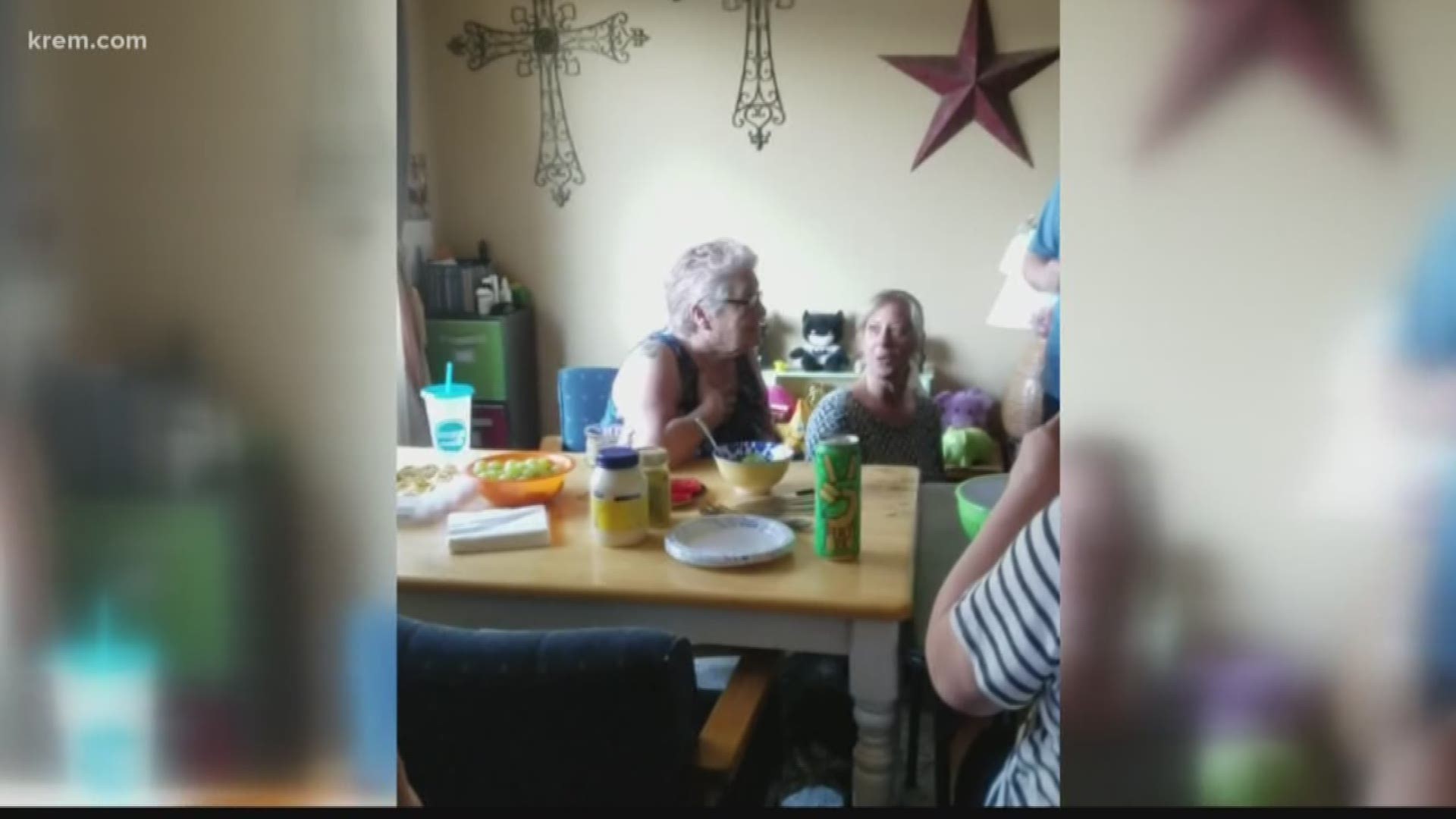 LEWISTON, Idaho — Thanks to an online DNA test, a Lewiston woman has been reunited with her biological son.

Bobbi Vance gave up her son for adoption after she gave birth as a teenager in Pittsburgh. The adoption was closed, Vance says, and she was never able to follow up with the boy or his whereabouts. "I couldn't get him. I had no luck with it,” adding that she, at her young age, wasn’t prepared to be a mother at the time. Her son’s father wasn’t interested in being a dad, Vance says. Vance briefly named her baby boy “Paul,” before he was given up.

So for years, Vance lived without knowing the whereabouts of her firstborn. She’d go on to live a married life, having several children and eventually settling down in Lewiston.

Part of that changed earlier this year, though.

Vance was contacted by her nephew with some astonishing news. Her biological son, who still lives in Pittsburgh, had been put in touch with a family member after taking an online DNA test. “It was just like, you have a hole in your heart and somebody stitches it up," Vance said.

Her son, now 57, goes by the name “Dave” instead. "I was blown away. I had been looking my whole life. And they found me,” Dave Wehner said to KREM via a phone call from Pittsburgh. His name had been changed by his adoptive parents, he noted, but still knew that his original name was “Paul.”

Wehner said that over a year ago, he “spit in a tube” as part of a DNA test offered through the website Ancestry.com. He says after submitting his DNA, a cousin who was also on the site was notified that he and Wehner may be related. After some communication, the two realized that Wehner was Vance’s biological son.

"A week later we met at a Pizza shop that [my cousin] owns down here in Pittsburgh, and it was insane,” Wehner said. “They are definitely my cousins. We all talk the same, act the same, look the same, did the same things."

This summer, Wehner surprised his mom with a visit to her Lewiston home. There he met Vance’s other children and relatives.

"We are related. I can see we are related. Plus we talk a lot,” Vance said, smiling as she thought of her son’s likeliness. "I cannot explain to anybody the feeling I have for this kid finding me. And he's not a kid, but he is. He's my baby.”

Vance and Wehner say they plan to keep in touch and Vance is already planning on traveling to Pittsburghto see her son for Thanksgiving.