Rigney was shot twice while off duty at his home with his wife and three young daughters. The suspect, who Rigney said showed up to his home unannounced, eventually 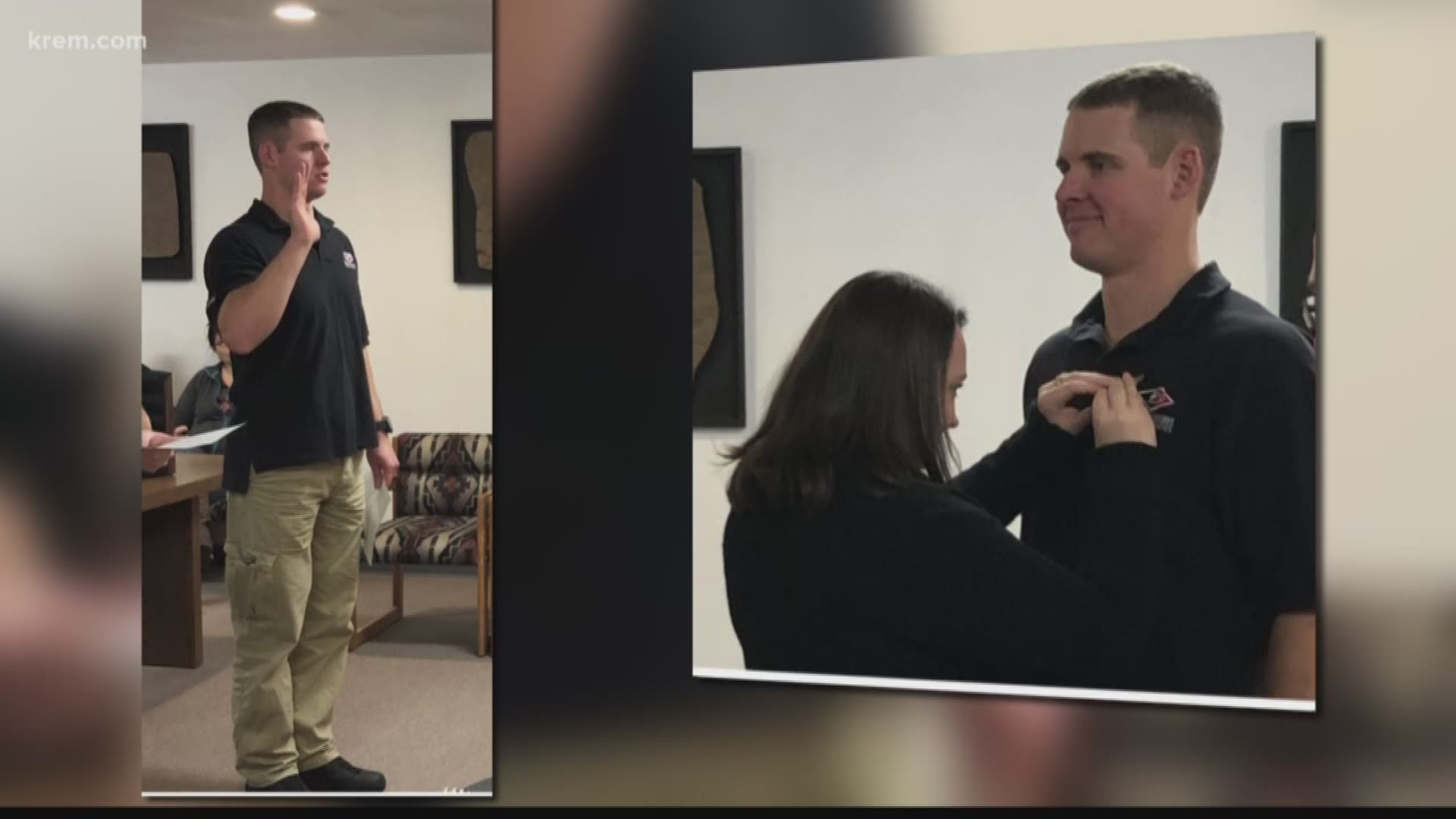 "I would have never guessed that [the suspect] shot – I think it was 15 rounds?” said Rigney this week, his first time speaking with reporters following the April shooting.

Rigney was shot twice while off duty at his home with his wife and three young daughters. The suspect, who Rigney said showed up to his home unannounced, eventually fled the area and was fatally shot roughly half a mile away by police.

Investigators identified the suspect as Daniel Cook Jr., 36, of Lewiston. Records show that Cook was an ex-convict and had spent time in prison on burglary and weapons charges.

Rigney, who is an officer with the Nez Perce Tribe's police department, was resting at his home during a scheduled day off when Cook knocked on his door. “I was laying there taking a nap and heard a pound on the door.”

Rigney's patrol car was parked outside his home, as is typically the case he said.

When Rigney answered the door, he said Cook immediately asked if he worked for the tribal police department. "After I told him ‘yeah,’ he pulled a gun. We proceeded to have what we like to call a gunfight," Rigney told KREM.

Despite Cook firing over a dozen rounds, Rigney was only shot twice. One bullet went through his knee while another shot went under his arm.

“I just thought in my mind, ‘crap, I just got shot.’ And I just kept going,” Rigney said, noting that he started to return fire at Cook. Before answering the door, Rigney had armed himself with his personal sidearm out of caution.

Remembering his training, Rigney took cover behind his pickup truck while continuing to exchange gunfire with Cook. “I thought ‘This guy has a gun.’ No other question went through my mind,” he said.

Rigney's wife and their toddler were inside their duplex while his two other girls, who are three and four years old, were playing behind the home.

“I didn’t think to stop right there. If anything, it kind of fueled my fire to keep going," said the officer.

It's not entirely clear why Cook showed up to Rigney's home. Citing an active investigation, Rigney was unable to comment on certain aspects of the shooting.

In the immediate aftermath, Rigney said that his training from his time as a reserve member of the armed forces began to kick in. As he began to assess the bullet wounds to his knee and armpit, Rigney noted that none of his major arteries were hit and he would likely survive.

Rigney, who was conscious the entire time, was rushed to St. Joseph Medical Center where he began receiving treatment. The officer is currently recovering from knee surgery and broken ribs. Rigney, who was wearing a leg brace, estimates it will be another six weeks before he can start bending his knee.

While recovering, Rigney said he received a notable amount of support from the Lewiston community. Monetary donations made to an account for his family are "substantial," he said.

When asked if he plans to return to work once healed, Rigney replied, "That's the plan."

"Being a cop was something I always wanted to do,” said Rigney, whose father is an officer with the Lewiston Police department. “There isn’t a reason why I wouldn’t do it. It’s something I enjoy doing. A couple bullet wounds is the worst that could happen, right?” added a smiling Rigney.

The officer also noted that he was shot off duty and not while wearing a badge. That made the shooting feel different, Rigney said, and will allow him to return to work.

“I’d take bullets again if I knew it was going to end the same way," he said. "Where I was the only one who got hit and for how much he shot around town, shooting at other cops.”