Renderings for the 5,000 seat stadium show a variety of specialized amenities. 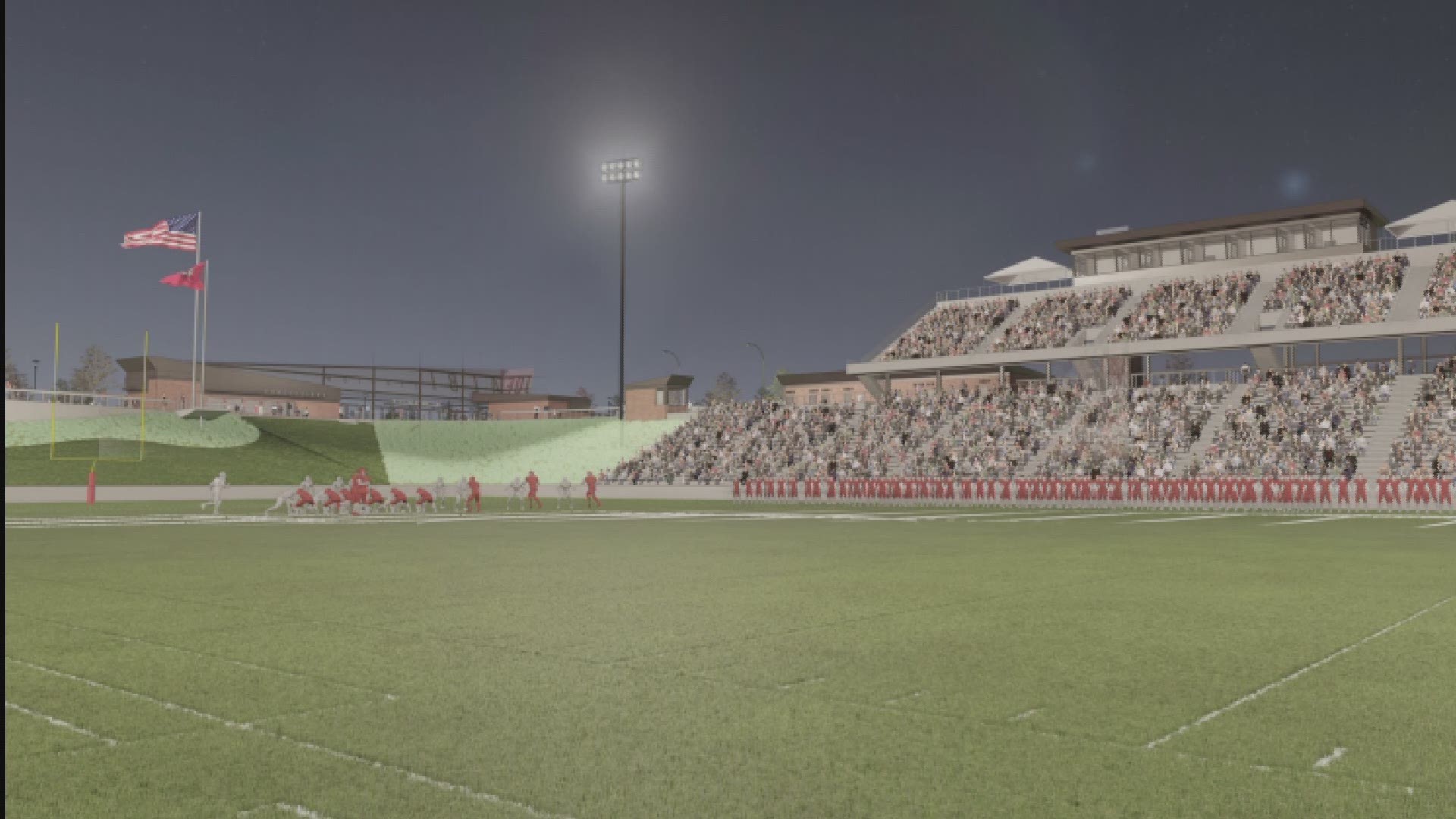 Those are a few of the unique elements of the design for the new Joe Albi stadium, presented to the Spokane Public Schools board on Wednesday.

The current Joe Albi Stadium is 70 years old and holds nearly 30 thousand people. But its primary purpose is prep sports, where attendance rarely exceeds a couple thousand. Such a large stadium requires a lot of maintenance and a lot of parking.

In 2018, voters decided it was time to replace it with something more manageable. They approved a nearly half-billion dollar school bond measure by a wide margin. Of that money, about 30 million is going towards replacing Joe Albi.

Voters also overwhelmingly elected to keep the stadium in Northwest Spokane, rather than move it closer to downtown. And despite some last-minute alternative proposals to build a venue downtown anyway, the board has remained firm in its stance it'll be going with the voters.

1 / 10
SPS
Renderings for the design of the new Joe Albi Stadium.

The new stadium design holds just about 5 thousand people, but board members said they liked how it retained the Joe Albi feel.

"There's a lot of great memories out that way," said Kevin Morrison ."Immediately when I saw [the new design], I thought 'that's pretty much Albi!' That's wonderful."

It includes the amenities you'd expect from a sport venue like locker rooms, a press box, concession areas.

There are lots of designated drop off areas to keep traffic flowing.

And there are some more specialized components as well, such as the aforementioned playground for younger children uninterested in the main event.

One of the main goals of the design was to further enhance the sense of identity the stadium provides Spokanites. One way the architects tried to deliver on that goal: large lighting structures that change color to represent, for instance, each of the district's high schools.

"I like the branding. There's a lot of potential there not only for SPS many other groups that are going to be using it," said board member Jenny Slagle.

There is still a lot of design work left to do before construction can begin. If everything goes smoothly, that would happen spring of next year and the stadium will be finished by June of 2022.

But COVID-19 could play a role in that timeline. The architects may make actual changes to the design that could help improve social distancing or otherwise prevent the spread of disease.

They're hoping to get guidance on that from health officials by September.

"I'm really curious to see what we'll be able to do related to the pandemic and sports," said board member Nikki Lockwood. "I think that's a big, big question mark."

If that doesn't happen, construction could be delayed until guidance is provided.