Superintendent Josh Meek has been the subject of an investigation into use of his school district credit card and reporting of leave time, among other things. 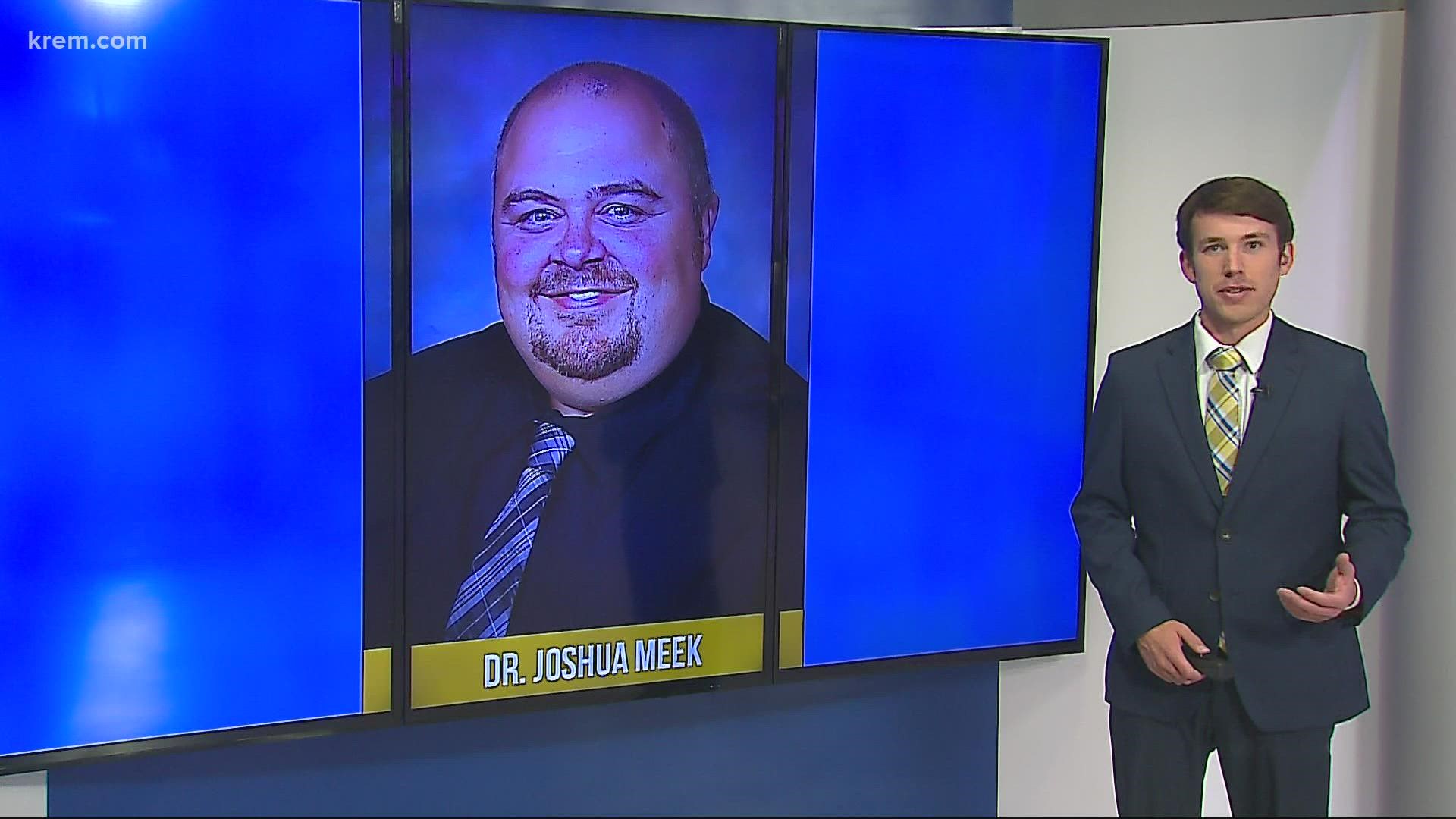 MOSES LAKE, Wash. — At a special meeting Friday, Moses Lake School Board voted to give its president the power to continue talks with Superintendent Josh Meek that will lead to his resignation, as reported by KREM 2 news partner the Columbia Basin Herald.

Meek has been the subject of an investigation since early August into use of his school district credit card, reporting of leave time and claiming project-related stipends without board approval.

The decision to authorize Vickey Melcher to continue talks was made after a two-hour, closed-door executive session called at 9 a.m. According to the motion, if Melcher believes she is successful in reaching terms acceptable to both Meek and the district, she will call another special meeting for the board to vote on the deal.

The board also voted that Melcher is also to call a meeting if she believes her efforts have been exhausted and a deal cannot be reached.

No timetable was set for this meeting and no details were given. In a press release issued late Wednesday, MLSD said terms of Meek’s departure, including severance pay, were under discussion.

The press release cited “a series of audit reports provided to the school district” that raised questions about Meek receiving special project stipends without the approval of the school board, personal use of a district credit card without reimbursing the MLSD, and “perceived inaccuracies” in how the superintendent reported personal leave time.

However, in its press release, the MLSD provided no details or exact amounts of the charges, stipends or “inaccuracies” in Meek’s reporting of leave time.

According to the press release, Meek gave a detailed account, both verbally and in writing, of the circumstances surrounding the financial concerns, and admitted “some of the questions prompted by the audit resulted from his own inattention to detail and poor judgment.”

The school board has also concluded that while Meek did not intend to “inappropriately receive financial gain,” it would be best for him to step down and for the board to seek new district leadership.

The Columbia Basin Herald has submitted a public records request with the MLSD for both the audits and the superintendent’s employment contract. According to the MLSD, that request is being processed and all audits will be provided once the request is cleared.

Under his contract, Meek makes a base salary of just under $200,000 per year. However, he is also eligible for a significant “performance-based” bonus as part of his contract.

According to the MLSD press release, the ending of Meek’s employment with the district would also involve “the severance amount required by the terms of his employment contract,” though the press release did not say what that amount was.

The Columbia Basin Herald is a KREM 2 news partner. For more from our news partner, click here.