'All we want is for Owen to come home': University of Portland student has been missing since Sunday 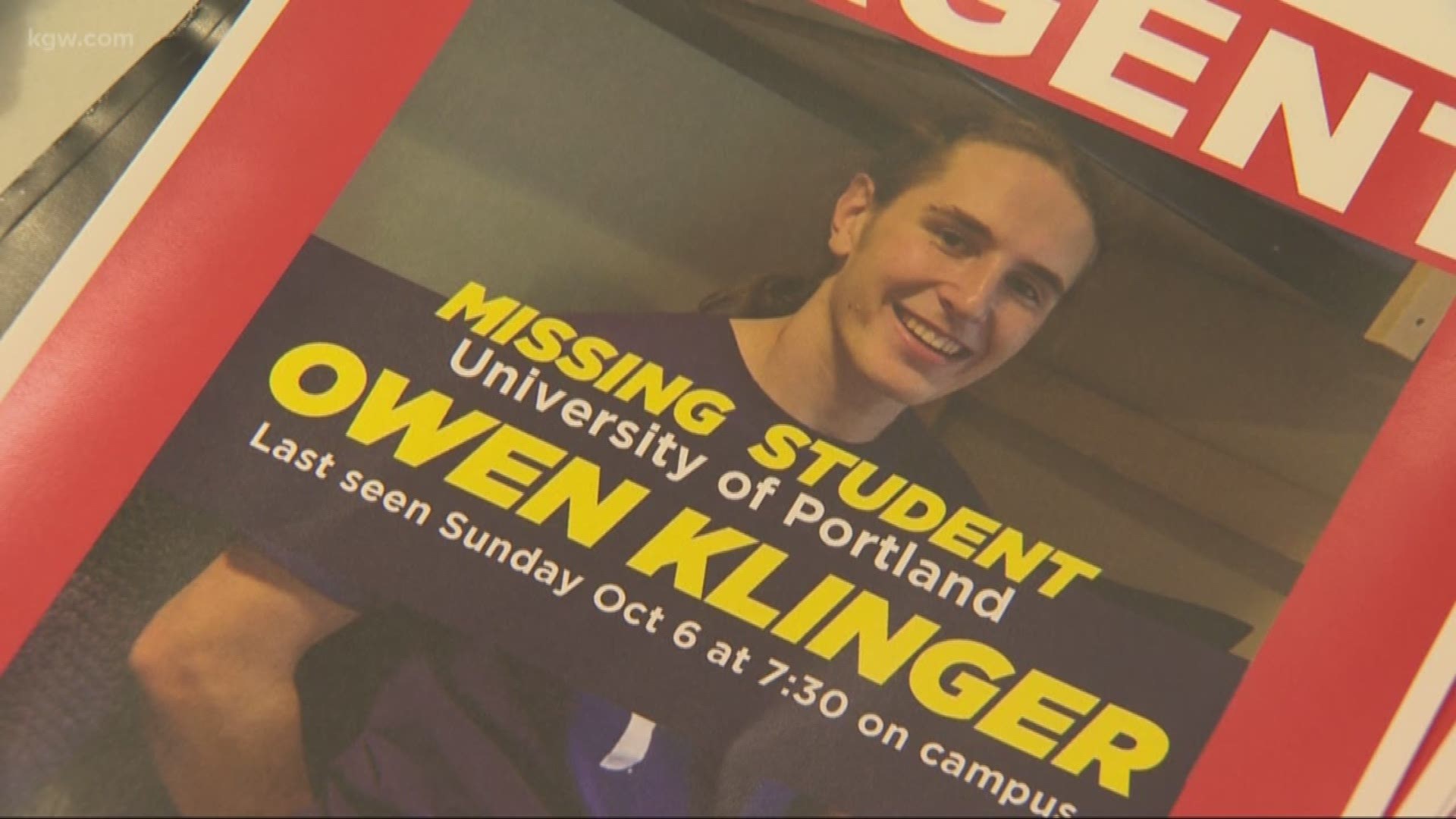 PORTLAND, Ore. — A University of Portland student has been reported missing by his family and friends.

Owen Klinger, 18, has not been seen since 7:30 p.m. on Sunday, Oct. 6. He was last seen leaving Christie Hall on the UP campus, according to a news release from the university.

On Tuesday, Owen's mother asked for help from the community to find her son.

"We had exchanges on Saturday night," said Mary Klinger. "Everything seemed fine with him."

Those who know Owen say it is unusual for him to go 24 hours without contacting anyone. Mary said Owen's phone has been off since Sunday evening.

"One of the things he said he was going to do Sunday night that he didn’t do – was go to lacrosse practice," said Mary. "He was a little evasive when he was talking to his roommates – that he was going to practice, but he didn’t have his gear, and they asked him about that and he said, 'Well it’s a lacrosse meeting.' And then he didn’t go to that."

Owen is a Portland native. He is 6-foot-1, 165 pounds and has brown eyes with brown, shoulder-length hair. He was last seen wearing a light-blue hoodie with jeans, sneakers and a drawstring backpack.

Portland police released a surveillance image of Owen in the clothing he was last seen wearing Sunday evening.

His mother said Owen left his main backpack and his laptop in his dorm room. He made an ATM withdrawal before he disappeared.

"He just took a small drawstring backpack on his back, I don’t know what was in it," said Mary.

Credit: Portland police
Owen Klinger, seen on the UP campus in the clothing he was last seen wearing.

Anyone who has seen Owen since Sunday night is asked to call 911.

"This is not like our son. I know it hasn’t been that much time that he’s been out of touch, but it’s not like him," Mary said.

"All we want is for Owen to come home."