Rypien was arrested for domestic violence in July. He told officers that he hit his wife because she was covering his face during an argument while he was driving. 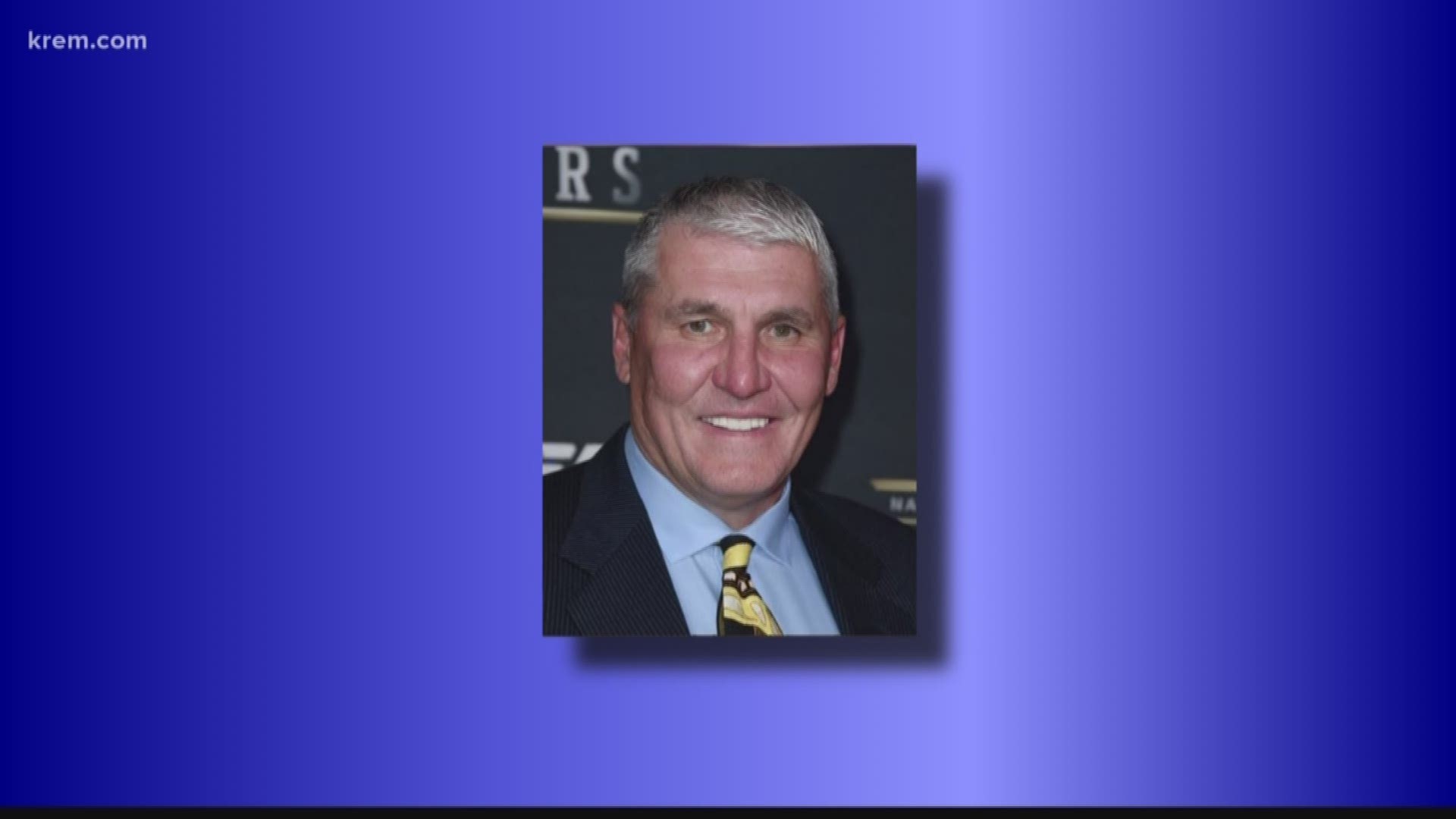 SPOKANE, Wash. – A misdemeanor assault charge against former NFL player and Washington State University football player Mark Rypien has been dropped as of Friday after he was arrested for domestic violence in July.

Rypien was facing a fourth degree assault-domestic violence charge. He pleaded not guilty in the case on July 1 and was released from jail on his own recognizance.

According to a police report filed on June 30, Rypien told an officer he hit his wife because she was covering his face during an argument while he was driving.

When officers responded to the intersection of Garland Street and Maple Street that evening, they found Rypien’s wife lying in the lawn of a bank, curled up and holding her stomach, according to a police report.

The report said Rypien told officers his wife also hit him in the head with a cell phone and poured water on him after taking the keys out of the ignition while he was driving.

“I want to be clear that I did not assault Danielle. We were having an argument and she put her hands on my face, blocking my view of the road while I was driving. I shoved her aside out of actual fear that I might drive our car into a pedestrian, or otherwise cause a collision that could harm others or one of us,” Rypien wrote in a statement released on Friday.

RELATED: 'He did not commit any crime': Former NFL player Mark Rypien pleads not guilty to domestic violence

Rypien also addressed his "probable diagnosis" of Chronic Traumatic Encephalopathy, CTE, in the statement released on Friday. CTE is a progressive degenerative disease of the brain found in people with a history of repetitive brain trauma, such as football players and boxers.

“As I have previously publicly disclosed, I have a probable diagnosis of CTE. CTE can cause mood and behavioral disturbances that can include impulsivity, aggressiveness, anger and irritability. In the past I have shared that I suffer from some of these symptoms,” Rypien wrote in the statement.

“I have a team of doctors, counselors and other professionals who are tops in their fields who help Danielle and I manage this condition. They have and continue to work with Danielle and I in dealing with the issues caused by this condition – including setting up a plan for how we deal with episodes of irritability, anger and aggressiveness,” he continued.

RELATED: CTE linked with violence in many professional athletes

RELATED: Researchers close in on CTE diagnosis in living, one brain at a time

Rypien added that the incident between him and his wife was not caused by a CTE-related episode.

“While it has been difficult for both Danielle and I to go through this process so publicly, we are grateful for the result. I am fortunate to have a voice to denounce abuse of women and intimate partners of any gender,” Rypien wrote. “I am also fortunate to be able to share with others who may be suffering from CTE that there are resources available to help them deal with this intractable condition.”

Washington state law mandates that police make an arrest when responding to a domestic violence call if they have probable cause to believe that a domestic assault occurred.

Rypien went to Shadle Park High School before attending WSU. He was selected in the 1986 NFL Draft by the Washington Redskins.

He won a Super Bowl with Redkins in 1988 before going on to win another Super Bowl and the MVP title in 1992. 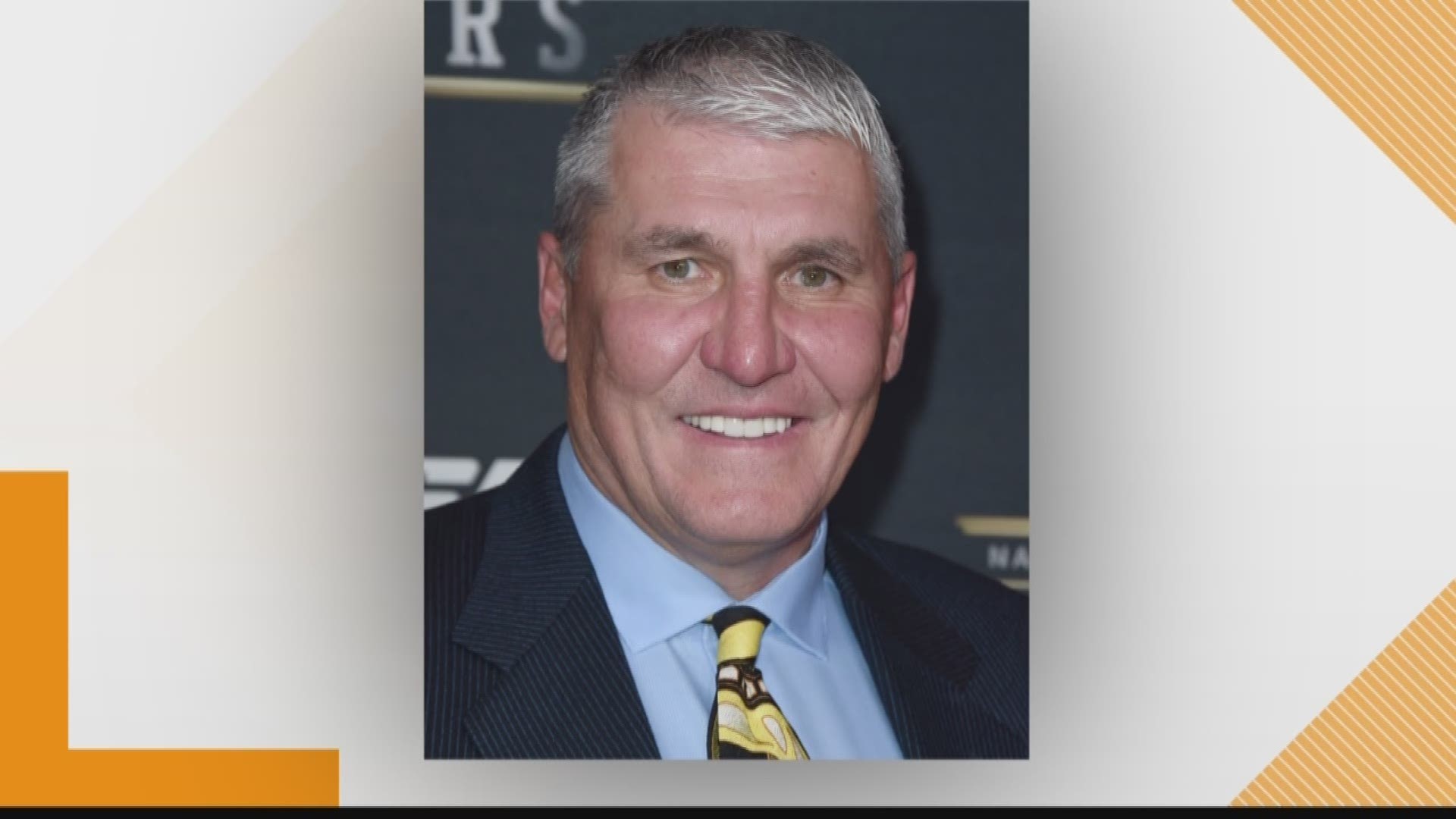