March for our Lives draws hundreds to Spokane, Coeur d’Alene and Sandpoint

From Spokane to Coeur d'Alene to Sandpoint, people gathered to make a statement against gun violence and to ask lawmakers for stricter laws. 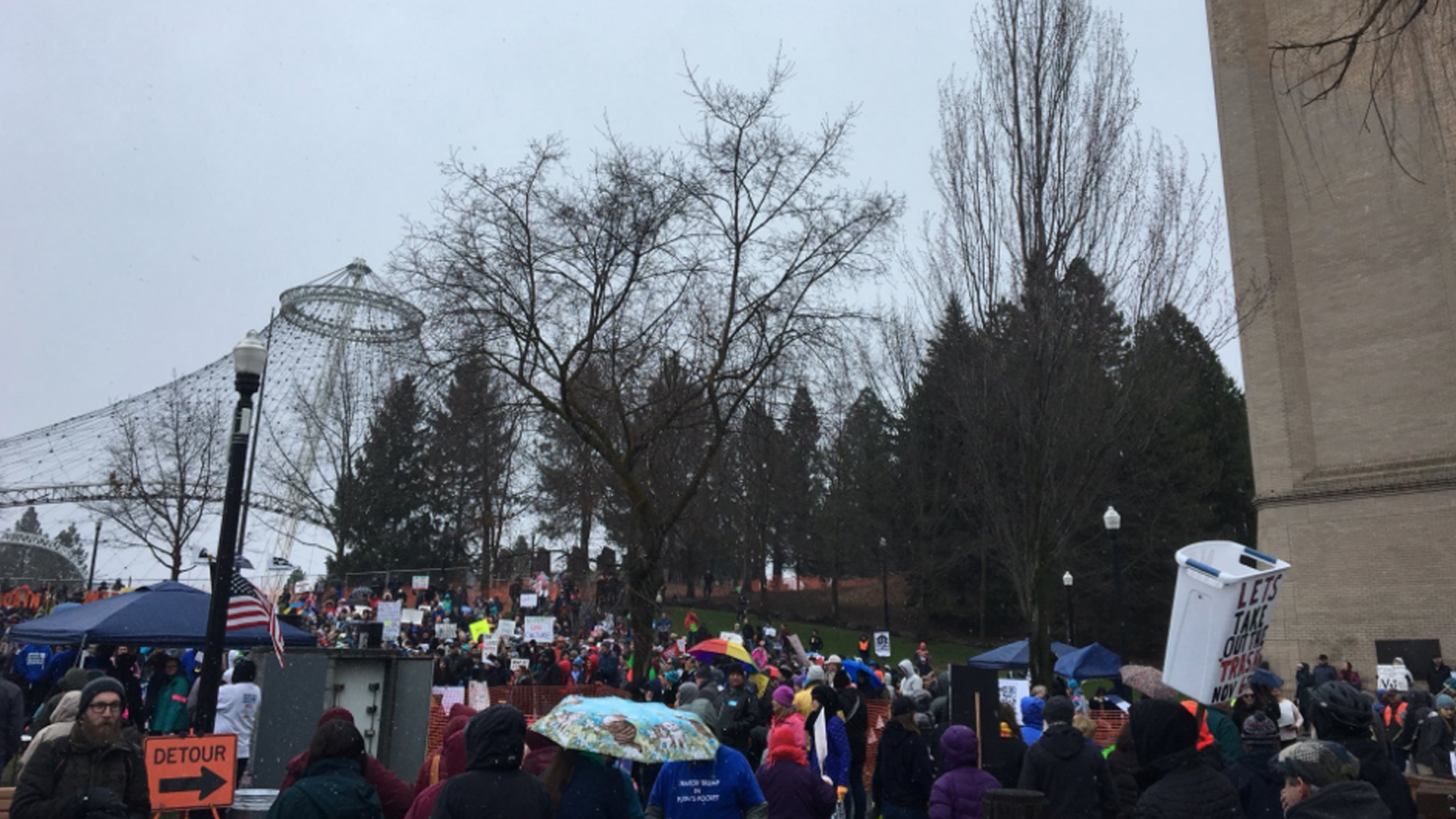 SPOKANE, Wash. – Hundreds of residents turned out at local March for our Lives rallies in the Inland Northwest on Saturday.

From Spokane to Coeur d’Alene to Sandpoint, people gathered to make a statement against gun violence and to ask lawmakers for stricter laws. 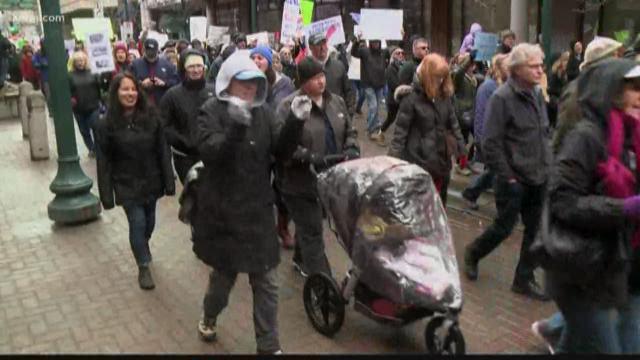 They chanted “kids not guns” and “this is what democracy looks like," while walking through Riverfront Park.

Students and residents hold a March for our Lives in downtown Spokane on March 24, 2018.

“I just think its important that we notice that nothing is changing…and our president isn’t doing anything,” one student said at the rally.

"We are marching because this is the most important issue of our future,” one mother of an elementary school kid said. “We’re marching for my daughter, who I think about everyday as I drop her off at school. I think about the issue of guns and violence in school every day.”

“We’re fighting for the future of children,” said another protester. “Even if it doesn’t affect us today, it’s going to affect them tomorrow.”

“I am terrified that someday, someone will walk into my class and start shooting,” a student said. “It’s freaky, it’s awful. And no kid should have to feel like that, ever.” 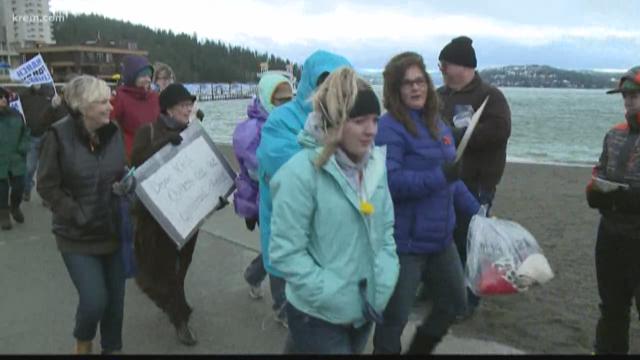 A man handed out copies of the constitution while holding an American flag.

A woman wears a sign at the Coeur d'Alene March for our Lives protest on March 24, 2018. (Carl Chase/Thrill of the Chase Photography)

“The last thing I want is for my younger siblings to feel like they’re not safe at school,” a protester said.” If you’re not doing this for yourself, do it for those who are around you. Because we’re all part of this and together we must say ‘enough is enough.’”

Many people who oppose gun control said they still felt that increased measures will be used infringe on their Second Amendment rights. They said that was why they were holding counter protests. Organizer of the March for Our Rights in Sandpoint, Idaho Steve Wasylko said earlier this week he feels like gun control will only impact law abiding citizens. 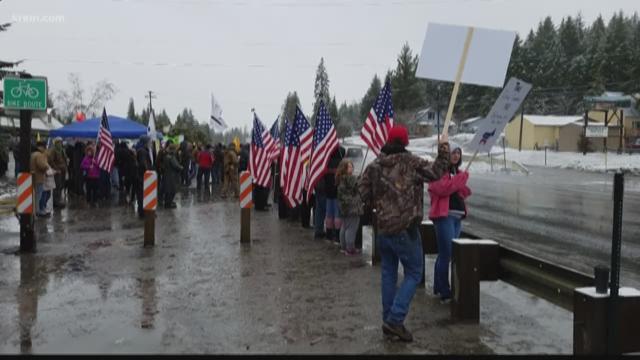 “You know, I have kids. I want my kids to be safe in schools. Putting out another gun control law is doing absolutely nothing to make them safer, and it’s just distracting from the message,” said Wasylko.

In every state on Saturday, students and their supporters took to the streets. Hundreds of thousands marched in Washington D.C. with people from across the nation.

Students from Parkland, Fla. gave speeches to the thousands of people gathered along Pennsylvania Avenue.