An overwhelming amount of planktonic algae caused the water to turn into a cloudy green color. 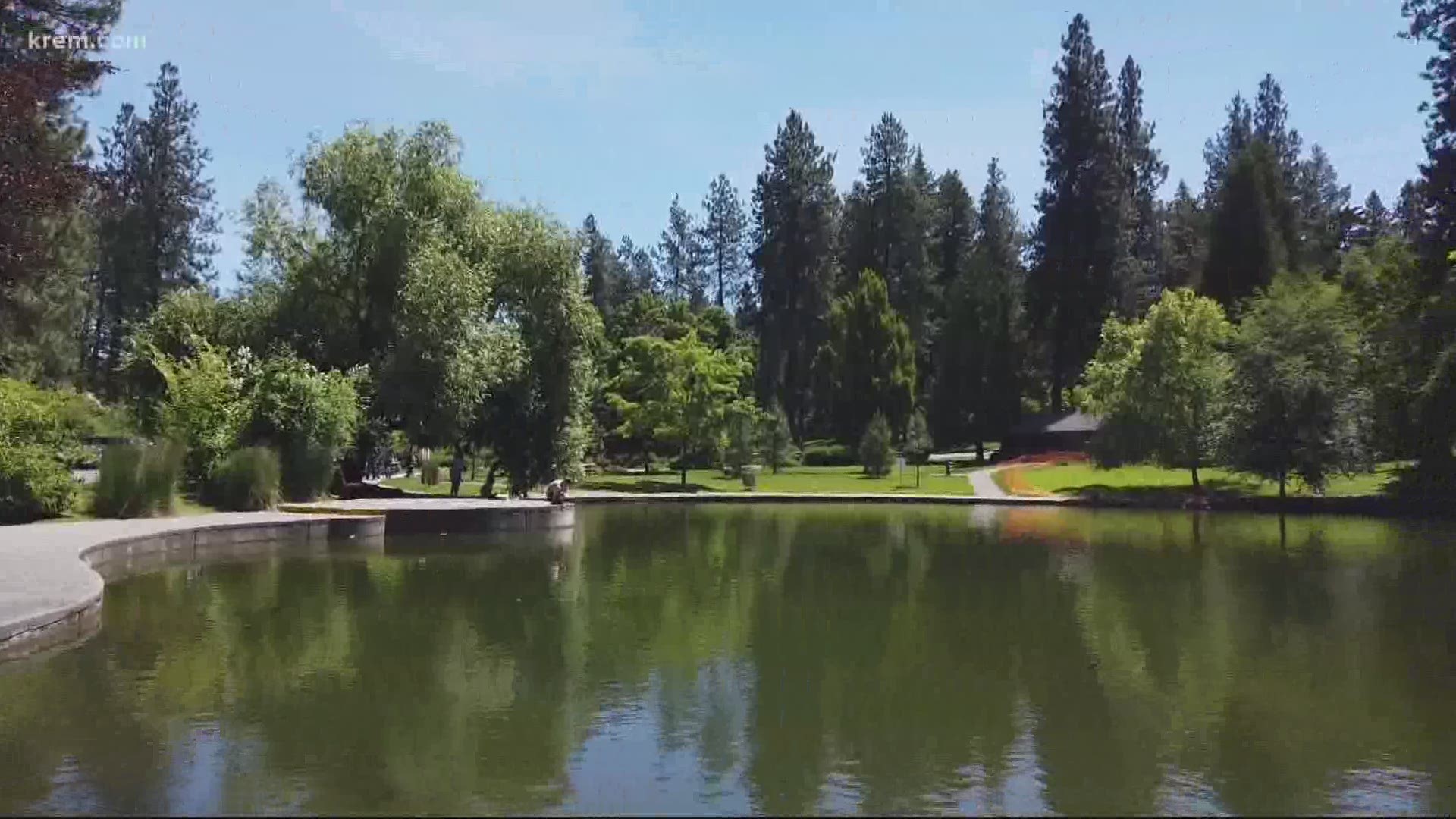 Renovations on the Mirror Pond at Manito Park have been completed just in time for summer.

Since last fall, an orange fence has surrounded the perimeter while construction took place. That’s no longer the case because the city has restored it to reduce excess algae found in the water.

For a moment, there was a time when the project's completion this year was looking a bit uncertain. Coronavirus delayed construction for two months and suppliers to help the restore were closed down.

What led to the restoration effort was an overwhelming amount of planktonic algae that caused the water to turn into a cloudy green color. Even the shallow outer banks of the pond couldn’t be seen while standing next to it.

To correct this problem, the Mirror Pond master plan was formed by the Friends of Manito, along with city funds from the Spokane Parks and Recreation department.

“It’s just beautiful,” said a resident who takes a daily walk around the pond. “It’s really nice to see the water looking much more clearer than it’s looked, ever.”

Now that the pond is open again, the water is expected to stay much healthier because the bottom has been deepened and the toxic algae have been scrubbed out.

This doesn’t mean the water will be crystal clear, but the pond is better for wildlife and wetland plantings are being installed to reduce the future buildup of phosphorus and nitrogen that are associated with too much algae.

To help keep the pond clean, parks officials recommend not feeding the geese and avoiding the introduction of non-native fish.