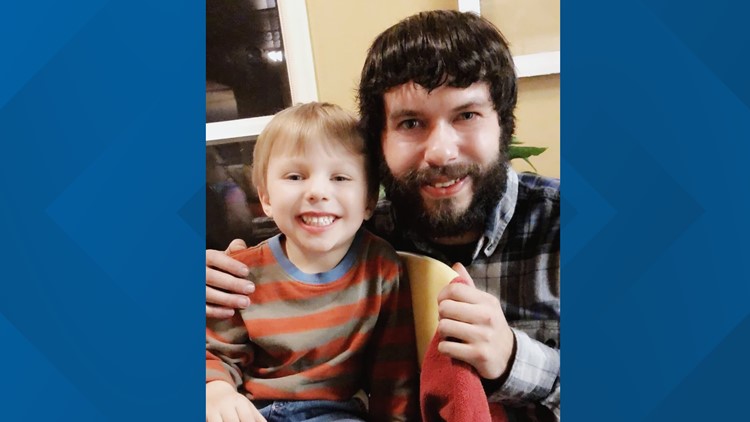 Photo by: Vanessa Beach
Zackary Beach with his son Jesse

'His death was a tragic accident': Man killed in Hillyard apartment fire identified

SPOKANE, Wash. — The Spokane County Medical Examiner has identified the victim of a fatal Hillyard apartment fire on Tuesday.

The SCME identified the victim as 27-year-old Zackary Alan Beach. His cause and manner of death are still pending.

Beach's dog Coco and a cat also died in the fire, according to Vanessa Beach.

"His death was a tragic accident and a devastating loss to our family," Vanessa Beach said. "He was a family man devoted to bettering himself."

According to a press release from the Spokane Fire Department, firefighters responded to the duplex on North Lee Street near East Francis around 4 p.m. Tuesday.

Firefighters were called to the scene to investigate a report of a death after a family member went to check on their relative. Fire officials said the family reported hearing a “hissing” coming from the home and suspected a gas leak.

Firefighters responded to the scene and determined the “hissing” sound was a result of an open faucet.

Fire investigators determined there was a fire at the home overnight that was started accidentally from discarded smoking materials. The Spokane Fire Department believes the man woke up sometime in the night and attempted to extinguish a couch that had caught fire. The faucet was used as the victim ran back and forth with a pot of water in an attempt to put out the fire himself.

The Spokane Fire Department said the man was overcome by the smoke and was found dead in the kitchen.

The Spokane Fire Department said there were no working smoke detectors in the home.

The home was a duplex and the adjoining occupant was unaware of the fire. Fire officials said the neighbor reported hearing some rustling just before midnight.

The couch produced thick black smoke, but the fire did not extend beyond the couch, the Spokane Fire Department said. They said the fire ran out of air and became vent-limited, making conditions inside the home unnoticeable to neighbors or passerbys.

The Beachs have set up a GoFundMe to help with funds for a memorial service.