Man caught trying to steal more than $2,000 worth of lumber from Shoreline business

The King County Sheriff's Office is warning that lumber thefts could become the new catalytic converter thefts as supply shortages are driving up costs. 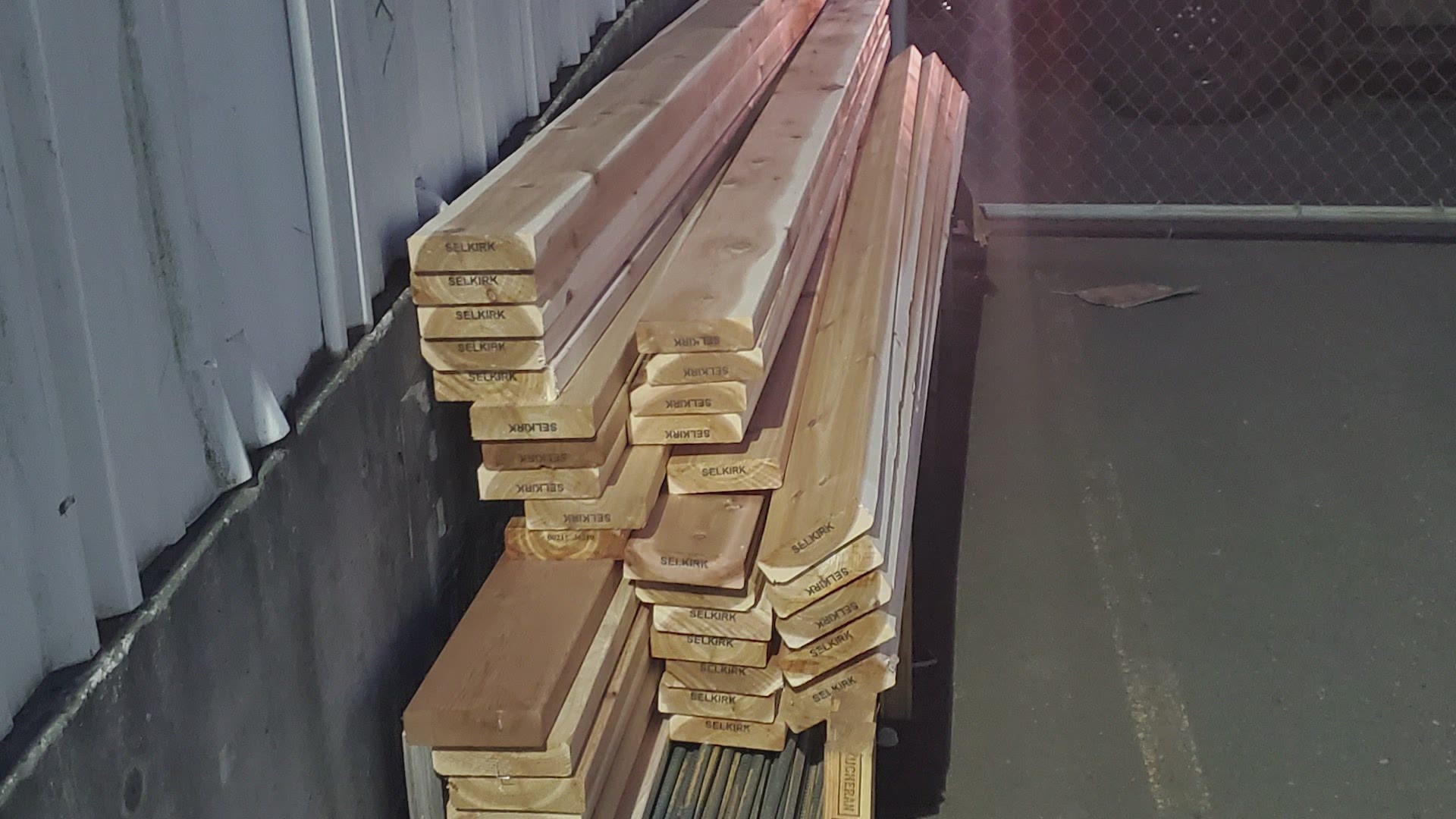 SHORELINE, Wash. — A supply shortage due to the coronavirus pandemic has caused lumber prices to surge nationwide over the course of the past year, and criminals have taken notice.

The sheriff's office is warning about the potential new trend following an incident on June 1 where a suspect was caught trying to steal an estimated $2,380 worth of materials from Dunn Lumber in Shoreline.

The suspect had stacked thirty-two pieces of lumber and other materials near an entry point and attempted to put them in a 2018 Dodge Durango, according to the sheriff's office.

"Oh yeah, he for sure knew what he was coming for," said store manager, Andrew Fisher.

Managers at the lumber yard saw the suspect on a live security camera feed and notified King County deputies, who swarmed the yard and took the suspect into custody without incident.

"We’ve seen things from people breaking our padlocks on our gates to climbing over barbed wire, a lot of them are just sneaking in to areas that are easy to climb over the fences," Fisher added.

"He appears to be a simple thief. Someone trying to profit on the spike we’ve seen in lumber prices," said Sgt. Meyers, who said a threefold increase in prices over the last year has made margin's razor thing and criminals know that.

Until lumber prices come down, people should expect tools and lumber to be locked up overnight and security cameras rolling to help protect inventory.

The suspect in this incident was booked into the King County Jail for investigation of commercial burglary, according to the sheriff's office.