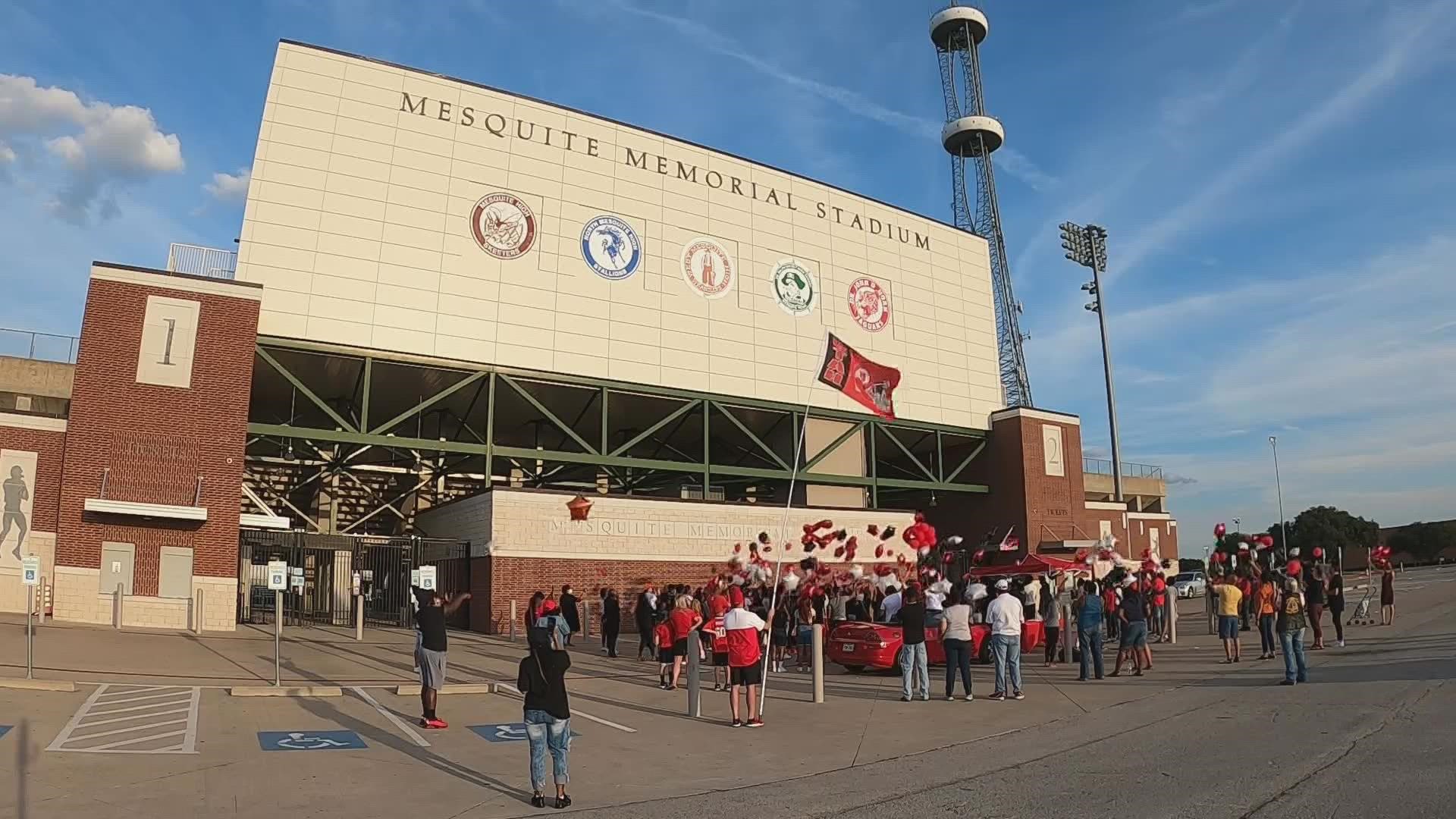 Homicide detectives with the Salt Lake City Police Department located 22-year-old Buk M. Buk in Draper and booked him on charges of aggravated murder, attempted murder and felony discharge of a firearm. Online jail records do not indicate if he has an attorney who can speak on his behalf.

The 21-year-old Lowe was shot at a house party early Sept. 26 after other, uninvited guests were asked to leave. A 20-year-old woman also was shot and critically injured at the party, which was thrown hours after the Utes beat Washington State 24-13.

Lowe's family spoke Sunday as a grieving community held a special balloon release to honor the 21-year-old in Mesquite.

"I don't think I can ever close this. That was my child. He was my baby," Lowe's mother, Donna Lowe Sterns, said.

"To turn around and lose my brother this year, this is the hardest thing ever," Lowe's older sister, Davetta Jones, said.

The balloon release was held as Mesquite Memorial Stadium, where his family and fellow teachers remembered him.

"He loved everybody. He was a light, every time you saw him, he was always smiling," Sterns said.

“His mother called me at 2:55 and she says, 'Well, we lost a child,'" William said. “There is nothing. And I tell you nothing, there’s nothing on this earth I don’t think worse than losing a child.”

He said Lowe knew from a young age he wanted to be a football player.

“He didn’t have two or three goals. Never heard him talk about anything but being a professional football player,” William said. “As a parent, you don’t want to boast, but he was, he was just that -- he was a great kid.”

“My God makes no mistakes,” Smith said. “A lot of people of people serve a lot of Gods. But the God that I serve. He’ll take care of me and I know it.”

In San Antonio, Aaron's biological father Darwin Lowe is still processing the news. He spoke to Aaron before the game against Washington State.

“We was always communicating with each other,” Darwin said. “My mind is just rehearsing every single moment, every conversation that we had.”

Aaron Lowe is the second Utah football player from North Texas to die in a shooting in the last year. In December, Ty Jordan, a freshman running back who was best friends with Lowe, died in an accidental shooting in Denton on Christmas Day.

Funeral services will be held for Aaron Lowe on Monday, Oct. 11, at Family Cathedral of Praise in Mesquite. The church is hoping to collect donations such as food, water and other necessities as they look to help the entire Utah football team and staff.

Those who wish to help can contact Patricia Allen with the No More Violence organization at 972-805-7648.