The miners voted to strike in 2017 following an impasse between the union and Hecla over contract negotiations. 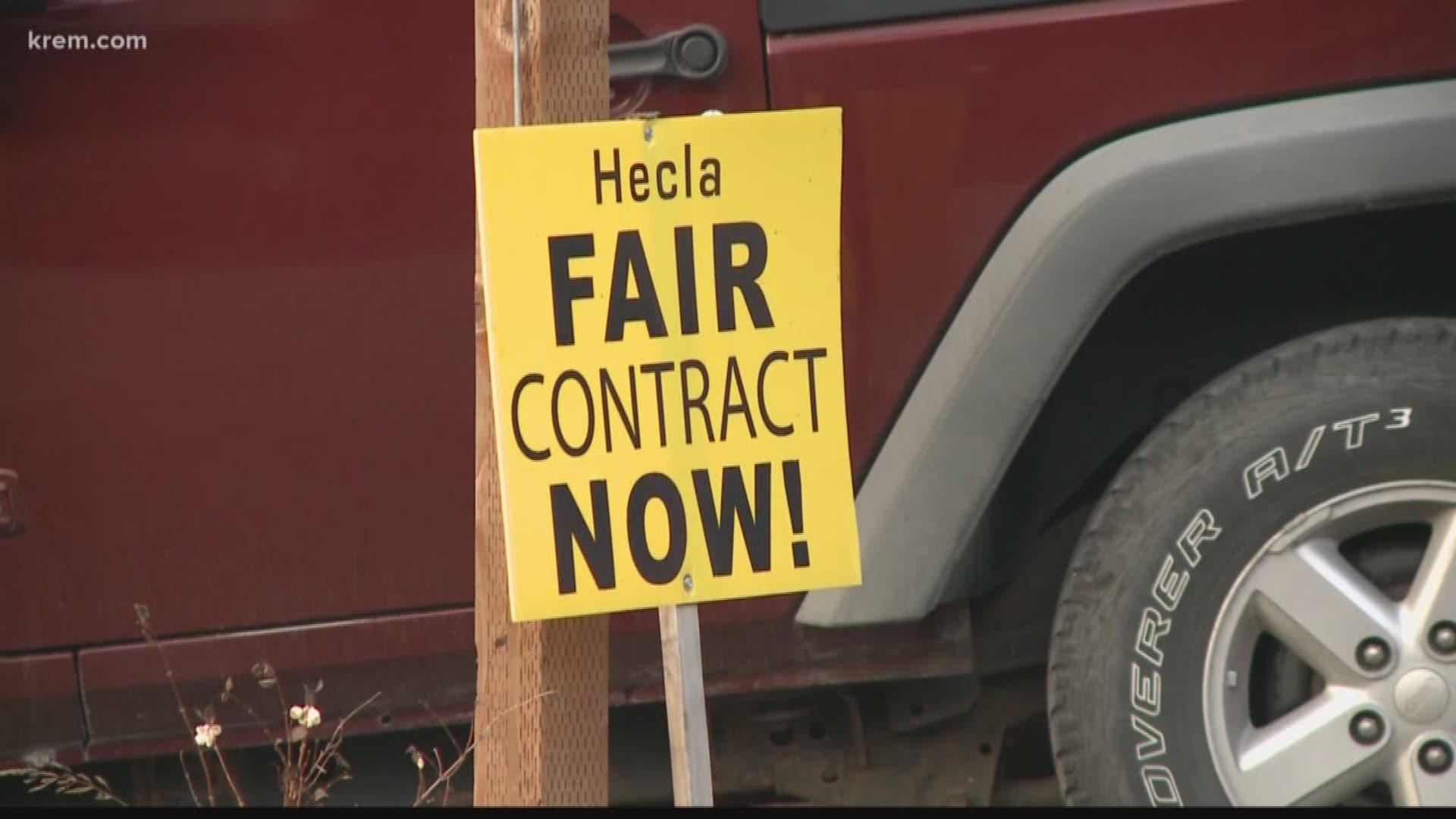 MULLAN, Idaho — While the Silver Valley's longest mine-related labor strike could be coming to an end, it's not clear if or when an agreement to return to work will be ratified by union members.

Hecla Mining Company, which operates the Lucky Friday silver mine in Mullan, announced last week that negotiating committees between the company and the miners' union had reached a tentative agreement to end the strike. The agreement now heads to the roughly 250 members of the United Steel Workers 5114 union, which is headquartered in Mullan.

The miners voted to strike in 2017 following an impasse between the union and Hecla over contract negotiations. At the time, USW 5114 blamed Hecla of proposing unfair labor practices.

Notably, miners took issue with proposed changes to work schedules, benefits and other factors, including a bidding system that allowed senior miners to pick work teams and bid on work assignments. Hecla at the time had said that the changes were necessary to keep Lucky Friday profitable and that the bid system was outdated.

Hecla says both sides have since reached a treaty on several issues.

"With the help of a federal mediator, the two sides reached some common ground on numerous things like increased base wages, the medical premium, the job assignment and training programs," said Luke Russell, Hecla's vice-president for external affairs.

According to Russell, the tentative agreement would see Lucky Friday adopt a "progression system" regarding work assignments. Under the system, the company would be able to assign where and with whom miners work, Russell said. Miners would then build wages as they obtain skill sets.

The work system is patterned on the nearby Galena mine, explained Russell.

"It would put [Lucky Friday] on a path for success," he said of the proposals.

Dave Roos, a USW 5114 spokesman, declined to comment on the agreement.

Ratifying the agreement is now on the union's timeline. Russell said that some of the union's members have since taken new jobs outside of the area, but couldn't confirm how many.

Even if the agreement is ratified, returning Lucky Friday to full production would take up to a year.

"It's a process and it will take some time to ramp up," Russell said.

Since then, though, Lucky Friday has since seen some increased production since the miners first went on strike. Salaried workers and a change in production mode were responsible for the increases, Russell said.