Locomotive could be removed from Kootenai River by February after derailment

The BNSF train derailed and fell into the river after a rockslide on New Year's Day, causing oil to spill into the Kootenai River. 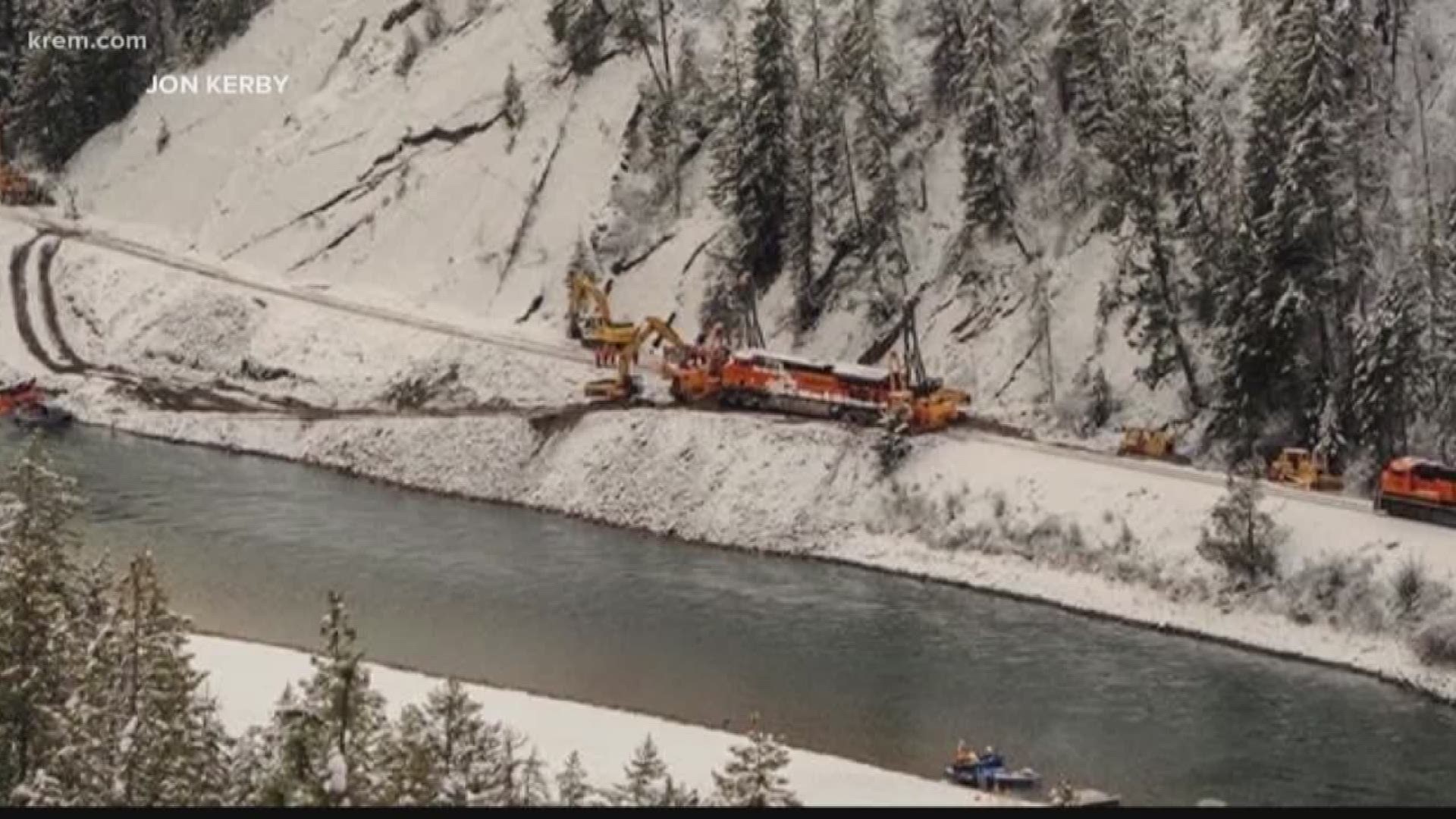 BOUNDARY COUNTY, Idaho — A BNSF locomotive that is still in the Kootenai River following a derailment on New Year’s Day could be removed by early February.

A locomotive on the embankment of the river was safely removed from the derailment site on Monday, BNSF spokesperson Courtney Wallace said. BNSF officials are now finalizing the placement of heavy equipment to safely remove the other locomotive from the river.

“All work will be done to minimize impacts to the surrounding environment. Our hope is to have the locomotive removed from the river by early February,” Wallace wrote in a statement to KREM.

Boundary County Emergency Management said on Thursday that there is no longer a threat of oil or hazardous material release into the river following the derailment.

RELATED: 'No longer a threat' of petroleum release in Kootenai River from BNSF train derailment

The train derailed and fell into the river after a rockslide of Jan. 1, causing oil from the train to spill oil into the river. Emergency management officials said skimmers captured approximately 180 gallons of diesel with containment booms in the river.

Divers were also contracted by BNSF to empty a fuel tank from the engine and crank case in the river, but divers only recovered river water.

Contractors also conducted surveys on all shorelines unreachable by boat and only found two small collections of oil that have since been removed, according to Boundary County.

Crews will continue to monitor water quality and the environmental aftermath, provided by the Idaho Department of Environmental Quality, the Kootenai Tribe of Idaho, Boundary County and BNSF.

RELATED: How common are train derailments in Boundary County?