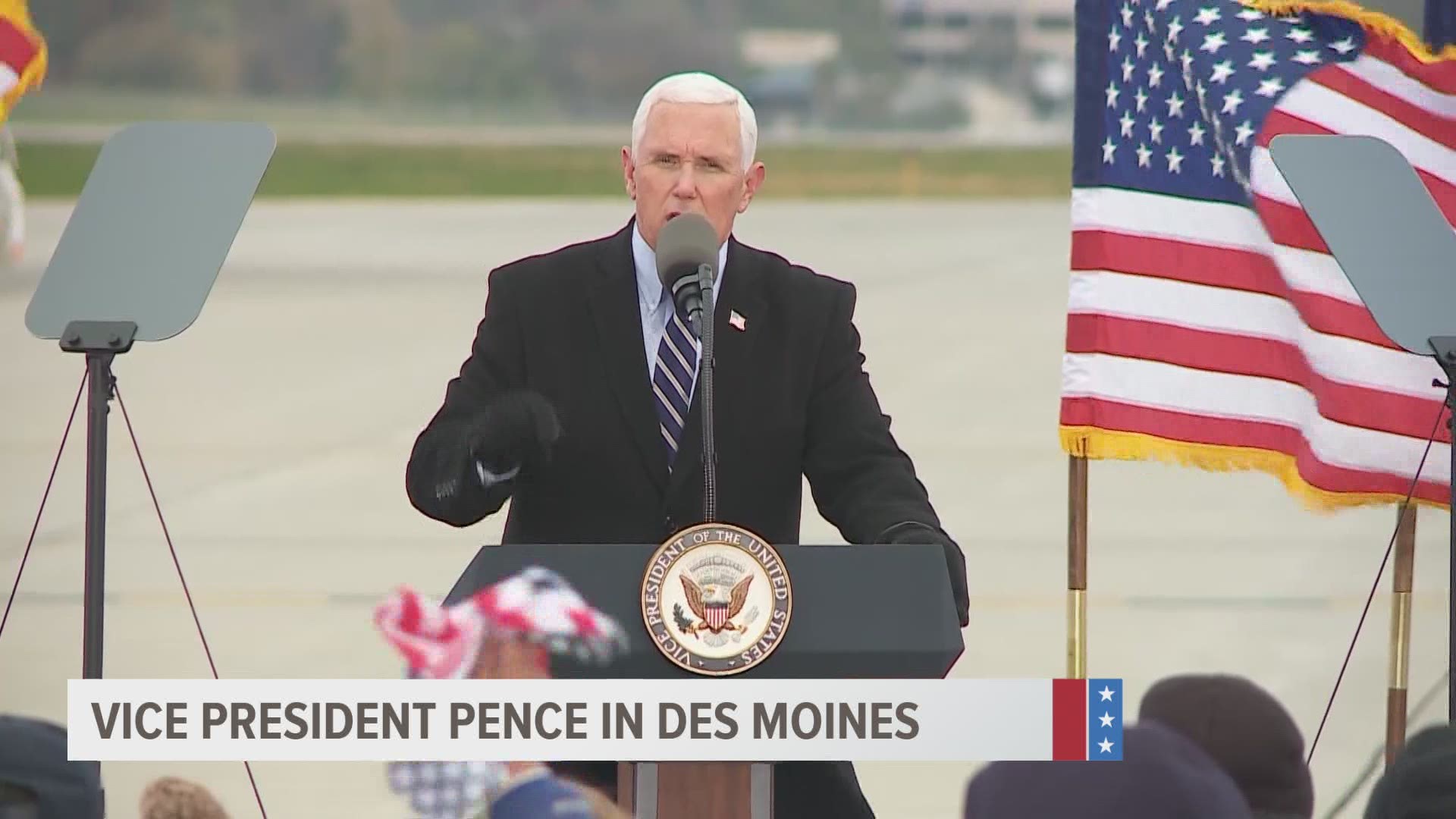 DES MOINES, Iowa — With just five days until Election Day, Vice President Mike Pence was back in Iowa campaigning for President Donald Trump to win reelection. He urged the importance of voting 'red' on the entire ballot, not just for the presidency.

"We rebuilt our military we revived our economy. we stood for liberties and life and the rule of law and none of that would have been possible without the support of Iowa's strong delegation in congress," said Pence. "So right after you reelect president Donald trump, right after you send senator Joni Ernst back to the senate we need you to send David Young and Ashley Hinson to a new republican majority in Washington D.C. and retire Nancy Pelosi once and for all."

Unlike last week at Trump's rally, all guests were told to wear masks and most were wearing them.

The visit came just a couple weeks after Trump's rally at the Des Moines International Airport—the same location Pence was at Thursday—and a day ahead of Democratic challenger and former Vice President Joe Biden coming to the state.

A Quinnipiac Poll released Thursday shows Trump ahead of Biden 47% to 46% in Iowa among likely voters, but Biden has a slight lead in FiveThirtyEight polling averages 47.0% to 46.6%.

A RealClearPolitics polling average give Biden a 47.4%-to-46.4% advantage.

.@VP @Mike_Pence is swinging through Des Moines today. Unlike when President Trump was here last, there was an announcement over the loud speaker for people to wear masks and if they didn’t have one, they’d be given one. Today, a large majority of the crowd is masked up. pic.twitter.com/iDXKiTJBGY

Gov. Reynolds also talking about down ticket races. A possible signal there is concern Democrats may flip one of Iowa’s legislative chambers. pic.twitter.com/YPUwOcyVDe

RELATED: Millions of mail ballots not yet returned in key states