Mitchell J. Bonneville was arrested for Hit and Run with injuries, a felony. 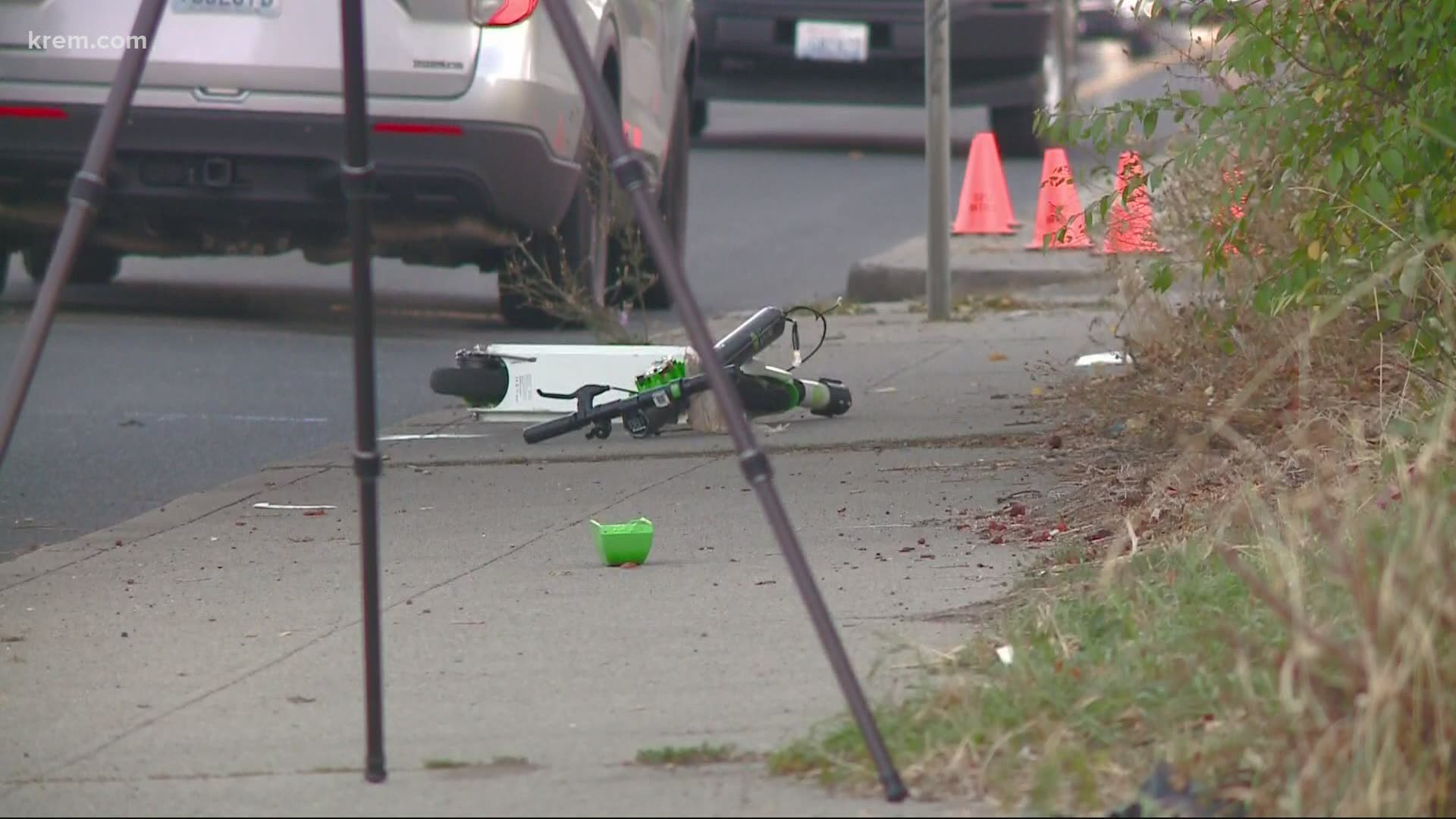 SPOKANE, Wash. — Spokane police have arrested a 27-year-old man in connection to a hit-and-run crash that left a Lime scooter rider with life-threatening injuries.

According to Spokane Police Officer John O'Brien, police arrested Mitchell J. Bonneville on a felony charge of Hit and Run with injuries.

The person was riding the scooter west on Wabash Avenue in North Spokane on Wednesday morning. They did not stop for traffic, according to police.

The crash occurred in the intersection and the driver fled the scene, Spokane police said

A citizen reported a white 2008 Subaru Impreza parked on North Standard Street, which police found with damage consistent with the collision, O'Brien said.

Both northbound lanes of Nevada at Wellesley north to Wabash are closed due to possible auto - lime scooter crash. @KREM2 pic.twitter.com/Z8ObsPyz0J

This is a developing story. It will be updated as more information is made available.