Three neighbors with hoses were spraying the area where the fire started when crews arrived, Spokane Valley firefighters said. 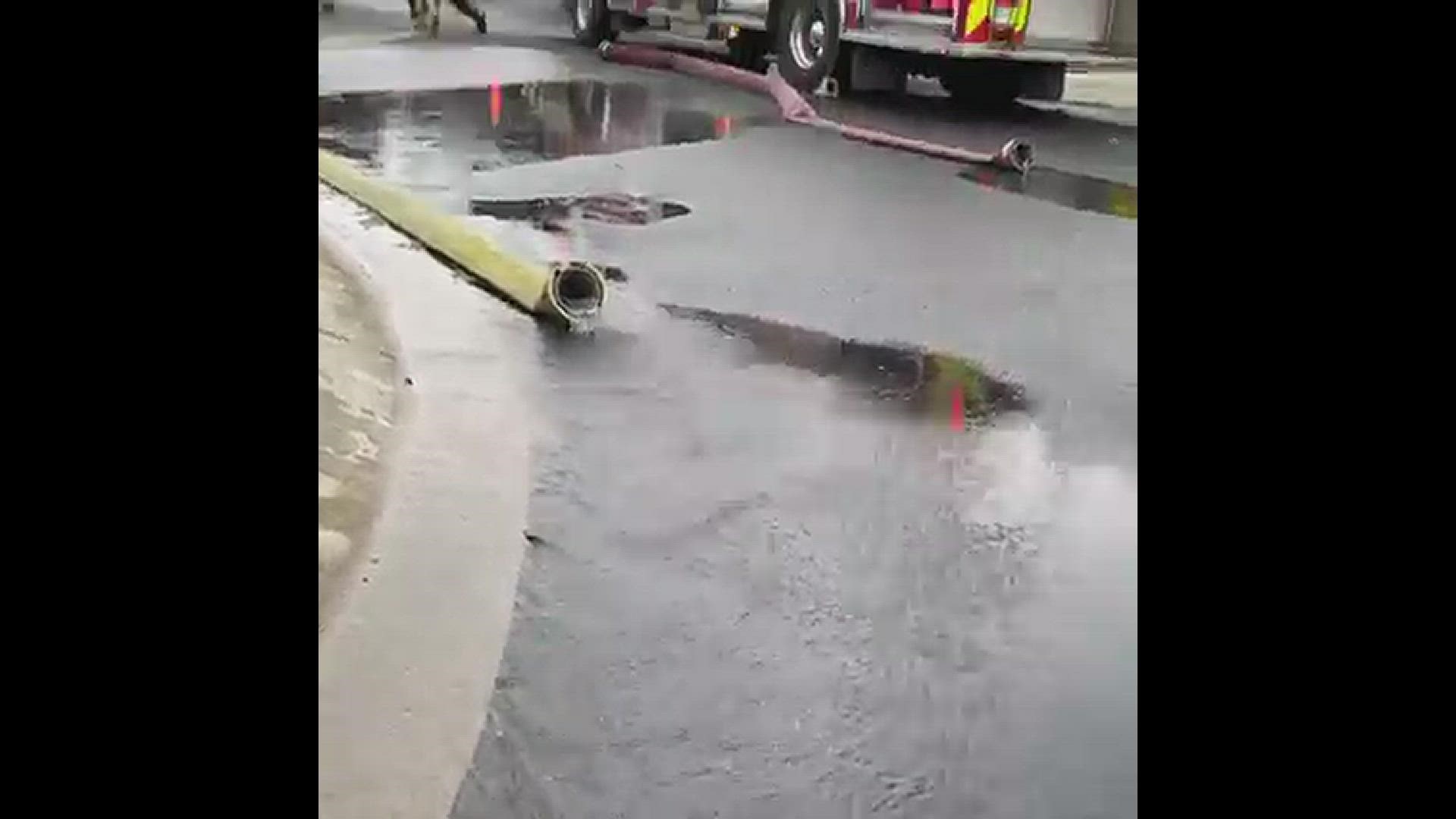 LIBERTY LAKE, Wash. — A lightning strike may have started a house fire in Liberty Lake on Thursday afternoon, according to the Spokane Valley Fire Department (SVFD).

This comes as thunderstorms move across the Inland Northwest on Thursday, bringing high fire danger to the area. The National Weather Service (NWS) tweeted at about 11:45 a.m. on Thursday that isolated thunderstorms were developing around the Spokane and Pullman areas. Occasional lightning and brief heavy downpours are in the forecast throughout the area.

SVFD was dispatched at about 1 p.m. on Thursday to the 24000 block of East Sinto Lane for the reported house fire. A neighbor called 911 and alerted the homeowner, fire officials said. Those inside of the home were evacuated to safety.

Fire crews could see smoke and fire as they approached the home and upgraded the incident to a working fire, which dispatched more crews to help with the response, SVFD said.

Be careful with lightning in the forecast. Call 911 immediately should a fire occur from a lightning strike.#spokanevalleyfire #wildfireseason #weather #lightning #firesafety @SpokaneValleyFD @911Srec https://t.co/0FrB0LFg76 pic.twitter.com/BnC28JFNMX

Three neighbors with hoses were spraying the area where the fire started when crews arrived, according to SVFD. Neighbors said they saw the lightning strike at the back of the house where the fire began. The fire was quickly knocked down and the roof line and ceiling were opened to check for any extension. Crews also helped to ventilate smoke from the house.

The home and those in the neighboring cul-de-sac lost power, SVFD said. Avista crews arrived to help reinstate the power.

Approximately five engines, one ladder, a safety officer two battalion chiefs and two SVFD investigators were at the scene of the fire on Thursday.

Following the round of storms on Thursday, cooler temperatures will start moving into the Inland Northwest. A shift in the weather pattern will bring about high temperatures in the 80s both Friday and Saturday with a break from the wildfire smoke.