The data shows that African-American students are punished twice as much as their peers. 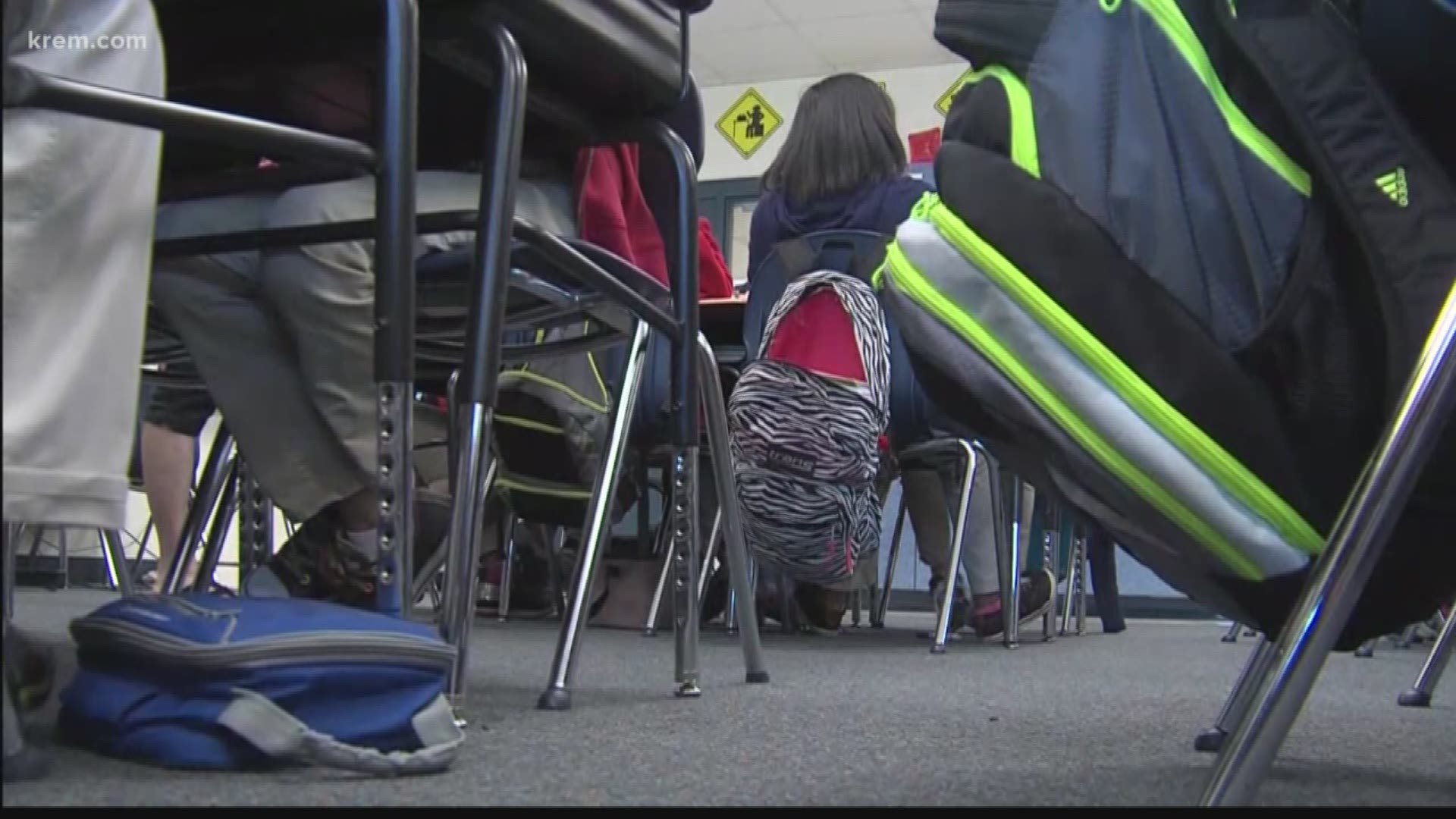 SPOKANE, Wash. — Spokane Public Schools just released new data on discipline and the numbers show the district has work to do when it comes to addressing student behavior.

According to a semi-annual report the district puts together, the schools have a disproportionate number of minority students being disciplined compared to their peers.

The data was presented at a recent school board meeting.

It shows that African American students are being disciplined at more than twice the rate of their peers. The numbers are also disproportionate for Hispanic and mixed-race students.

"We're seeing a little bit of disproportionality that we are still trying to understand,” School Spokesperson Brian Coddington said.

The report comes a month after Ferris High School students staged a walkout in response to a controversial altercation between a school resource officers and a student. Students said at the time they felt like minority students were being discriminated against in school.

The report also said a majority of students being disciplined are on free or reduced lunch.

Coddington said this suggests that there may be other factors that are playing into the imbalance in the numbers.

While there is a lot of work to do there has been some progress. There are less students repeating acts of defiance as they get older and go through school.

For now, the district is using this information to review their policies and procedures, and find better ways to serve every student in every school.

"The numbers are trending in the right direction. It's not going as quickly as we'd like, so we are looking for opportunities to make it go a little bit quicker,” Coddington said.