Last week, parents found out that students in grades 6-12 should expect to stay in remote learning for the rest of the year. 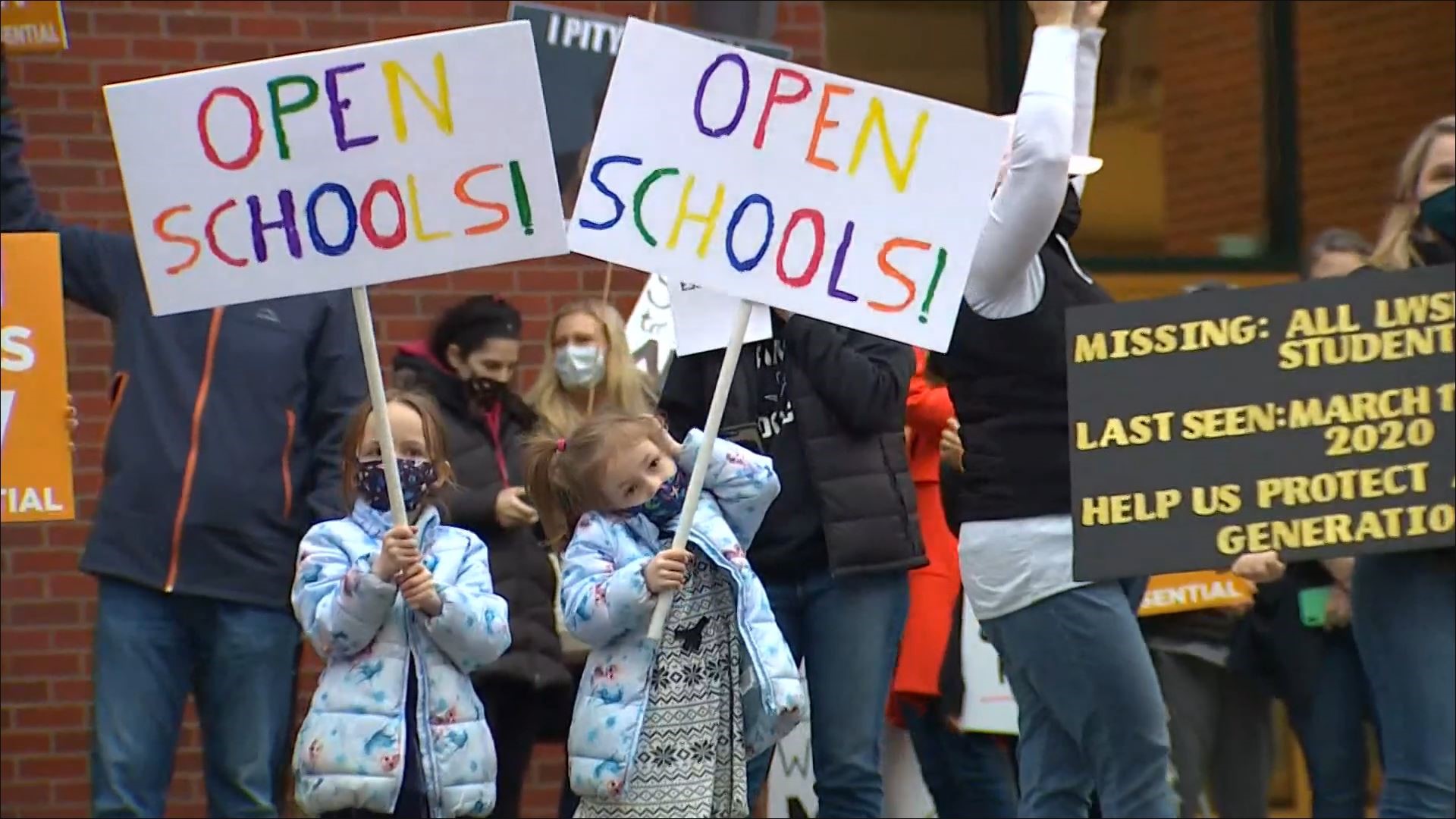 REDMOND, Wash. — For the parents who felt like their voices haven't been heard since last March, outside the Lake Washington School District headquarters, a couple hundred made sure their voices were hard to ignore. They want their kids back in the classroom.

This comes after learning that students in grades 6-12 will not be returning to the classroom for the rest of the year.

"Every day counts," said Ming Wen, a mother from the neighboring Bellevue School District who came to support parents. "If we delay this until September, I don't know what will happen."

Wen's son is in sixth grade and is in remote learning. She said he and his classmates have stopped using their voices to interact in class, and she is worried he's not getting support.

Wen said her son's new student ID also worried her. Usually used for checking out library books and buying lunches, the ID has his picture on the front and the suicide hotline on the back.

"If you can't talk to someone in the class when you go extremely sick mentally, how would you be brave enough to call someone? We just need to help them," said Wen. "We cannot just print a hotline on the back of their ID card."

"The district needs to wake up," said Kristin Schwager, a parent with children in the Lake Washington School District.

Schwager said her daughter also isn't getting the support or classes she needs in remote learning.

"They don't do spelling anymore, they don't do vocabulary anymore because of COVID, and it's not OK," she said.

Monday's protest started before the 7 p.m. school board meeting. It was the first in-person meeting since the COVID-19 pandemic began. There was a limit on how many people could attend inside, but cheers and honks from outside could be heard on the live stream.

On its website, the Lake Washington School District defended its decision to keep the older students in remote learning.

"After analyzing a number of factors, the District has determined that the shift to a hybrid model and disruptions to schedules would create more challenges and problems for secondary students than benefits," the website said.

The group who showed up outside the district building hopes there's a chance for Lake Washington to change course and that their voices are heard.

The district said they will be supporting students in different ways during remote learning, including some in-person activities around academics, social support and sports.