Women in the journalism industry are subject to unwanted and hurtful criticism about their appearance, but KTVB meteorologist Bri Eggers says 'Enough is enough'. 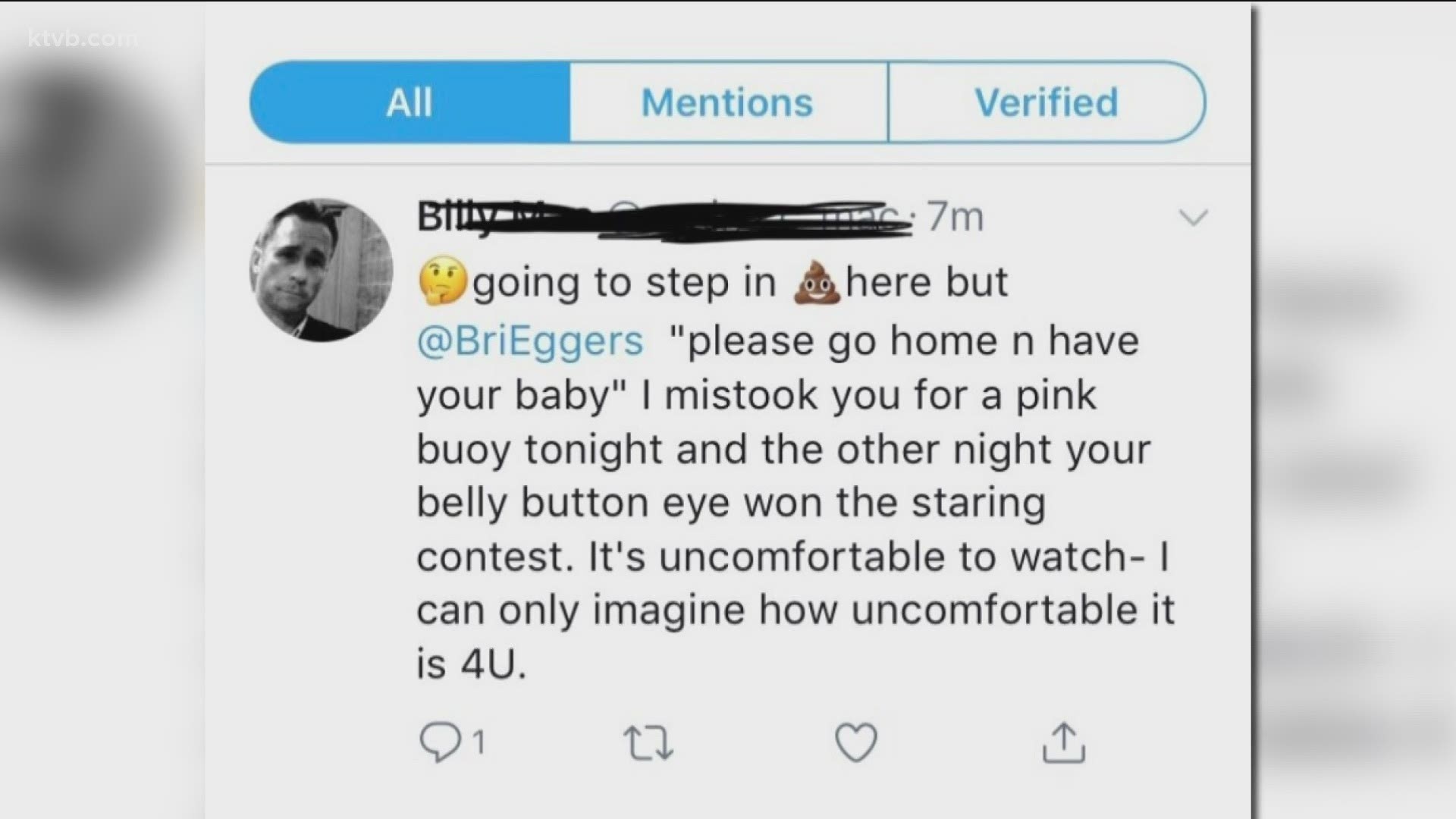 BOISE, Idaho — More than a year ago, an anchor at KGW, KTVB's sister station in Portland, Ore, called out her online bullies live on the air. She made the decision to do so after a man sent her several negative emails about her attire; specifically, her high-waisted pants.

Unfortunately, it is not uncommon for women in journalism to be subjected to unwanted and hurtful comments about their appearance.

KTVB meteorologist Bri Eggers is, unfortunately, no stranger to these types of comments. On Monday, Bri decided to share some of the comments she has received from viewers in the hopes that people will start to see the double standard between male and female journalists.

A woman named Joanna sent Bri a message regarding her choice of undershirt and urged her to take her hurtful words as 'constructive comments':

"I was surprised to see your camisole showing below your blouse today.

For a TV personality, I would think you would want to dress for success, The men at the station do not wear funky clothes.

I hope you take this as constructive comments.

While Bri was pregnant with her second child, a man took to Twitter to voice his opinion on not only her choice of outfit but also her pregnancy:

"Going to step in (poop emoji) here, but @BriEggers please go home n have your baby. I mistook you for a pink buoy tonight and the other night your belly button eye won the staring contest. It's uncomfortable to watch- I can only imagine how uncomfortable it is 4U."

Finally, a woman named Judy took to Facebook to once again criticize Bri's choice of attire:

"What happened to you, Bri?

You used to be smiley, not so much anymore. On another note, and I don't mean to be cruel, but, please get a professional bra fitting at one of the department stores. I saw you last night and, well, you can look a lot better than that!"

Over the course of her nearly ten years as a meteorologist, Bri has seen and heard just about every criticism there is. When she first became a meteorologist, she said she was told she had to grow "thicker skin" to be in this industry.

Bri, however, does not believe she has to get tougher. She believes that people need to get nicer.

You can see her full story by clicking below: