Red the cat was found with a dart in the head and now the owners want to know where it came from. 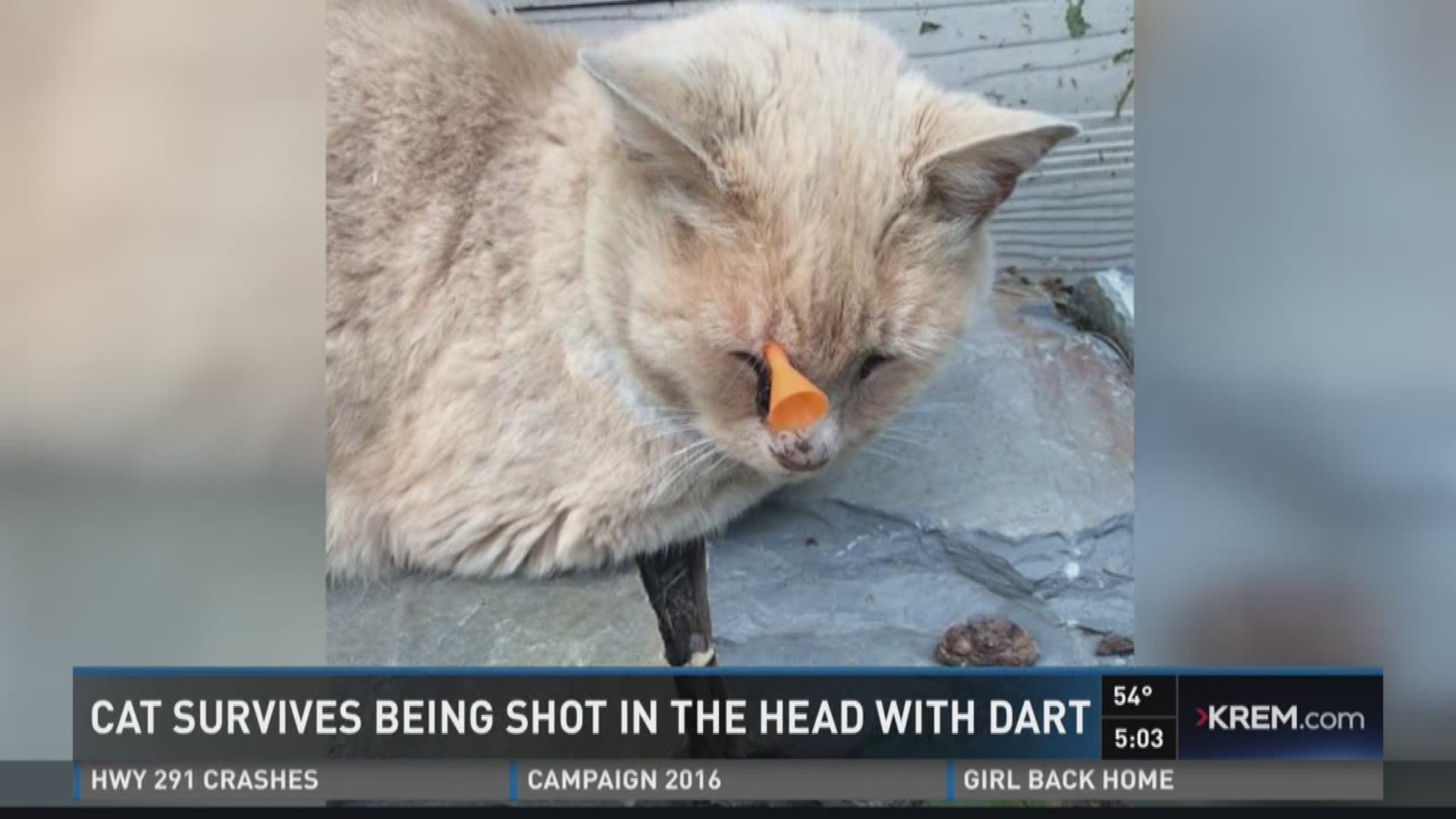 COEUR D’ALENE, Idaho – Authorities are searching for a suspect on Sunday who allegedly shot a cat in the head with a dart in Coeur d’Alene.

It happened in the neighborhood of North 8th Street and East Birch Avenue where residents had been finding blow darts laying around and even stuck in trees.

Red the cat was found hiding near a house. Owners Carson Kelley and Katelyn Halpin said they found him with a blow dart stuck in his skull.

"The blowgun dart actually missed his brain by point five centimeters it went right above his eye so it missed his eye entirely," Halpin said.

Halpin said she vented about the incident on a community Facebook page and she said the response surprised her. She said folks in the neighborhood have been finding blowgun darts on their lawn, stuck in front doors, and even in car tires.

"Whoever it is they have malicious intent they’re going after animals," Halpin said.

Now the two are scared to let their pets outside and it is a feeling shared throughout the neighborhood.

"This is very scary because we're right next to an elementary school and there's someone going around shooting these specialty-ordered blowgun darts and it needs to stop and I really would like to know who is doing this," she said.

So far, there's no word yet as to where this person purchased the weapon but Halpin it's either sold online or in martial arts stores. The Coeur d'Alene Police Department said animal control is filing a report with detectives.

1 / 15
Couple finds dart in the head of their cat Red in Coeur d'Alene.