Before going into surgery Simon told his mom Missy there were two things he wanted to do. He wanted to talk with their priest and to meet Garth Brooks. 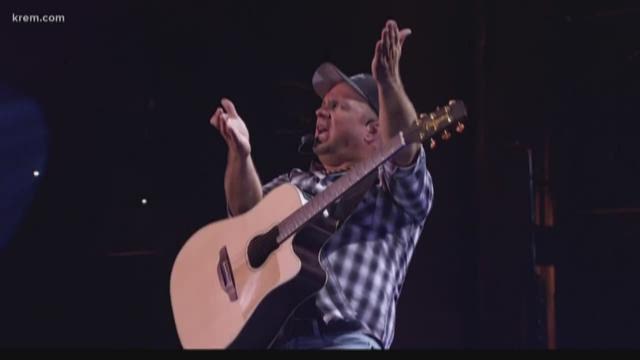 SPOKANE, Wash. --- The family of a man who was paralyzed after a tree crashed through his car during the 2015 windstorm is hoping for a shout out from country singer Garth Brooks.

Jordan Simon was first paralyzed back in 2015 and just recently he was injured again in a car crash that may also take the use of his arms.

Jordan was excited to go see Brooks at the Spokane Arena on Thursday but now that cannot happen since he is still recovering.

Before going into surgery Simon told his mom Missy there were two things he wanted to do. He wanted to talk with their priest and to meet Garth Brooks.

"I said I'd do the best I could. He said, ‘I want to meet him. I want to hear him sing in person,’" Missy explained.

Jordan talked to his priest on the phone but after the surgery he learned he would not be able to see his idol in concert. Missy said they hope maybe technology will allow Jordan to feel like he is at the concert from the comfort of his bed.

"We'll have a video camera sitting in your seat so we can show you what Garth did from your point of view," she said.

There is still hope Garth might step away from the stage for a brief visit with Jordan at Kootenai Health.

"I'll tell you what if Garth comes to see him that would be awesome. We went to hunting camp that was the only thing he would play. We would listen to the same 12 songs again and again. He listened to it some much, that's the only way my kids calm down is playing Garth Brooks," said Jordan’s sister, Stephanie Martin.

Jordan and his family are even hoping for just a shout out from the king of country at the Thursday night concert.

KREM 2 reached out to Garth Brooks’ event coordinators on Jordan's behalf, but not word yet on whether the two will meet.